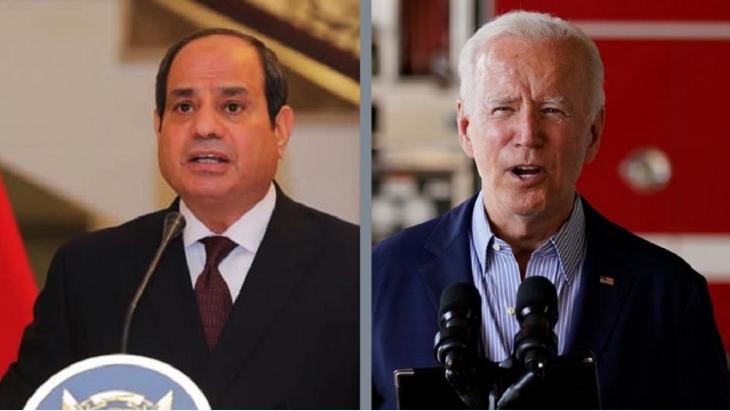 Abdul Fattah al-Sisi's National Human Rights Strategy smacks of the containment and sabotage tactics adopted by counter-revolutionaries during Egypt's 2011 revolution and its aftermath. Taqadum al-Khatib assesses the situation for Qantara.de

At the moment, Abdul Fattah al-Sisi is actively looking for ways to escape U.S. censure. Launching the National Strategy for Human Rights at this time therefore appears to be nothing more than a ploy until U.S. aid – some of which has been frozen – is paid. The launch was accompanied by a massive propaganda campaign in the media, aimed at promoting the strategy as the regime’s vision for solving Egypt's human rights crisis.

Yet a solution to the crisis would require nothing more than the release of political detainees, the abolition of emergency laws, of terrorism legislation and of laws restricting the press and freedom of expression; it would also require the restructuring of the security apparatus.

The Egyptian regime's human rights record is one of the worst in the world. While the population of a repressive state like Russia is 140 million – under the leadership of former intelligence officer Vladimir Putin – it has only 400 political prisoners. Egypt, which has a population of 100 million people under the leadership of former intelligence officer Abdul Fattah al-Sisi, holds some 65,000 detainees. It is a figure that underpins the ghastly nature of Egypt's current human rights situation.

Sisi's launch of the National Human Rights Strategy is reminiscent of the manoeuvrings that took place during the 2011 revolution and its aftermath; it’s akin to the strategies of containment and sabotage adopted by the counter-revolutionaries.

These very organs of repression are now responsible for implementing the National Human Rights Strategy!

1. One of the techniques used by the counter-revolution during the transitional period, that is, from the downfall of Mubarak in Feb 2011 to the election of Mohamed Morsi in June 2012, was to buy time in the hope that people would give up on change. It’s the Egyptian regime’s forte.

The same can be said of the case of Italian student Giulio Regeni, where the regime has been using various ploys, playing for time in the hope of burying the case.

As for the National Human Rights Strategy, it is no more than a means of buying time with the administration of U.S. President Biden, in order to sidestep any possible pressure from that direction. And to date, the strategy has been successful.

.@StateDeptSpox: The United States is concerned by continued detentions, indictments, and harassment of Egyptian civil society leaders, academics, and journalists, including the indictment of the Director General of the Egyptian Initiative for Personal Rights, Hossam Bahgat. pic.twitter.com/XPTLlgAn67

2. The counter-revolutionary movement knew exactly how crucial the security institutions were to it, and so it retained the old agencies and did not dismantle them. Instead, it sought ways of proposing possible routes for reform that would neither compromise their core structures nor their modus operandi.

It was a calculated effort to clone the system and reproduce it in a way that allows it to prevail, just as the deposed regime did.

We have seen this in the case of many other revolutions across the world. Today, Russia is controlled by the FSB, the country's security service (formerly known as the KGB). The same could be said of Romania after the return to power of Ceausescu’s regime and its purging of the revolution and the revolutionaries.

In Egypt, it is the Egyptian security agencies that are now responsible for implementing the National Strategy for Human Rights. There is therefore no reason to expect anything from this initiative since human rights are anathema to these organisations.

3. One approach consistently used by the counter-revolution is the exploitation of differences and sowing of division between the different political groups. Thus, in the transitional period which followed Mubarak’s fall, the counter-revolutionary forces played on the differences between the revolutionaries themselves, at times driving them apart and at times bringing them back to heel. They bought people off to demonstrate the revolutionaries’ loss of control, as they did with the institutions and media personalities who were seen to be critics of the former regime – the 'fuloul', or opportunists.

With the announcement of the regime's human rights strategy recently, the same tactic has been adopted with the aim of dividing the ranks of Egypt’s legal profession. In particular, those lawyers known for their criticism of the regime's track record on human rights. 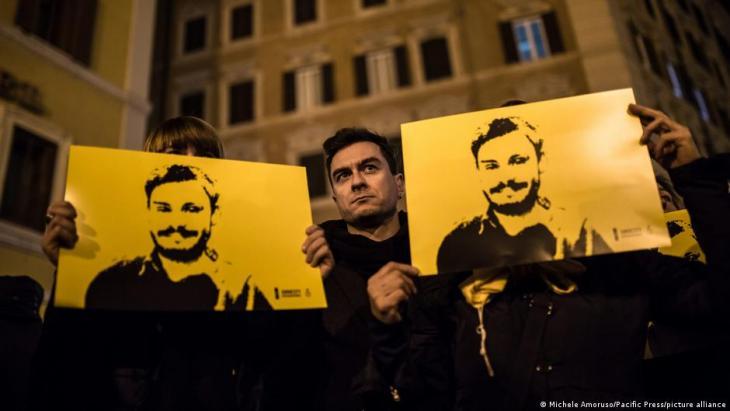 Buying time, the Egyptian regime's forte: "one of the techniques used by the counter-revolution during the transitional period, that is, from the downfall of Mubarak in Feb 2011 to the election of Mohamed Morsi in June 2012, was to buy time in the hope that people would give up on change," writes al-Khatib. "The same can be said of the case of Italian student Giulio Regeni, where the regime has been using various ploys, playing for time in the hope of burying the case. As for the National Human Rights Strategy, it is no more than a means of buying time with the administration of U.S. President Biden, in order to sidestep any possible pressure from that direction"

"Those who took part in the counter-revolution and committed human rights violations in its name, aren't incapable of making the situation any better"

4. During the transitional period, with the aim of occupying a larger space in the political arena, the counter-revolution invested considerably in creating Egypt's neo-liberal movement. The movement is known to operate under a U.S. and Western umbrella, a fact reflected in the assorted state financing aimed at asserting control over the work of these new political forces.

Similarly, support is being provided to a number of emerging parties, including the creation and funding of new parties to secure the objectives of the counter-revolution. It was the same when the regime brought to heel and recruited a number of individuals working in human rights. They set up ‘human rights’ organisations for them, supposedly to defend rights, despite the fact that the primary function of the agencies was to defend the regime’s own violations. Some of them have even been appointed to the National Council for Human Rights. All this has provided the prelude to the announcement of the regime's human rights strategy.

5. President Abdul Fattah al-Sisi uses every available opportunity to denounce the January 2011 revolution, holding it responsible for the country's economic upheaval and decline, as well as for the security vacuum that followed in its wake, the effects of which extend to the present day. Even during the fanfare surrounding the announcement, Sisi could not help himself from launching into an attack on the January 2011 revolution.

The president’s approach reminds us how the counter-revolution turned the Egyptian public against the revolution and how it mobilised a silent majority against the uprising. It consisted of two elements: creating a security vacuum in the street and promoting the lie of the police’s collapse. This served to place responsibility on the revolution and on the shoulders of the revolutionaries. In the event, by spreading this fabrication, the regime exposed its own failure. The regime resorted to the same technique when accusing detainees of spreading chaos in order to undermine the system.

Observers of the Egyptian political scene will find that the counter-revolution that directed events during the transitional period is still in control now; its strategies have not changed. What those in power fail to realise, however, is that the equation is constantly changing, as the losses pile up. The regime is bankrupt and cannot offer anything new; it is merely replicating itself and its experiences in order to extend its term in power.

Those who took part in the counter-revolution and committed human rights violations in its name are incapable of making the situation any better.

Political rule before and after the ″Arabellion″: Internal colonialism and counter-revolution

After the coup in Egypt: A dark chapter in Egyptian liberalism

Military dictatorships in the Middle East: The real enemies of the Arab Spring

Abortions are illegal in Egypt unless they are necessary to save a married woman's life. But that doesn't stop local women from having one. Egyptian society needs to acknowledge ... END_OF_DOCUMENT_TOKEN_TO_BE_REPLACED

Food prices doubled, salaries halved, banks restricting withdrawals: Egyptians now have the same problems as the Lebanese. But if things get worse here, the fallout will be far ... END_OF_DOCUMENT_TOKEN_TO_BE_REPLACED

Giessen, Eichsfeld, Kusel, Berlin – cars bearing old German number plates are the latest trend on the streets of Cairo. Many Egyptians regard the discarded plates as chic. What ... END_OF_DOCUMENT_TOKEN_TO_BE_REPLACED

Egyptian Sufis have been on the defensive against the country's Islamists for decades. Meanwhile, interest in mysticism is growing among the young members of Cairo’s middle and ... END_OF_DOCUMENT_TOKEN_TO_BE_REPLACED

Chinese President Xi Jinping's visit to Saudi Arabia in December 2022 may have rattled Washington, but it simply highlighted the Arabs’ desire to diversify their foreign relations ... END_OF_DOCUMENT_TOKEN_TO_BE_REPLACED

END_OF_DOCUMENT_TOKEN_TO_BE_REPLACED
Social media
and networks
Subscribe to our
newsletter