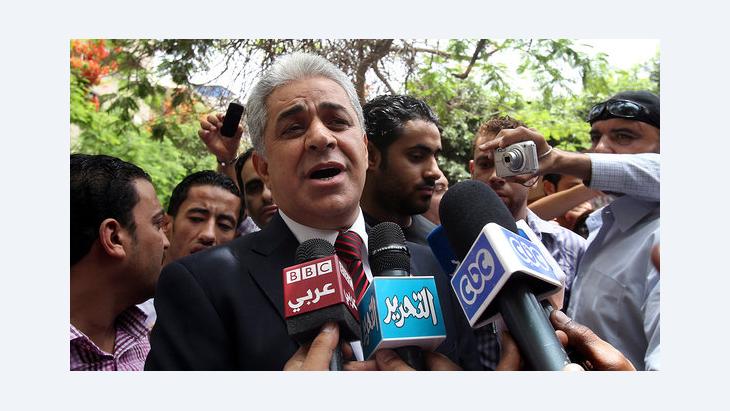 ''The Spirit of the Revolution Will Be Trampled Underfoot''

﻿In an interview with Markus Bickel, leftist opposition leader Hamdeen Sabahi criticised in unusually sharp words the referendum on a new Egyptian constitution: Egypt's President Mohammed Morsi should put a stop to the referendum, he said, because it would only do the nation harm

﻿Mr Sabahi, why are you against the draft for a new constitution?

Hamdeen Sabahi: Because it is an insult to the common sense of the Egyptians. The Assembly that prepared this constitution was not representative. And the draft it came up with disregards fundamental rights and freedoms, particular those of the social and economic kind. The spirit of the revolution will be trampled underfoot.

The constitution is not too Islamically influenced for you?

Sabahi: Egypt's problem is not Islam; nor is it the Sharia. Article 2 of the proposed constitution, which deals with these matters, even has the consent of the Coptic Church. Both Christians and Muslims alike pursue religious tolerance in Egypt rather than embracing fundamentalism. The problem with the draft constitution has nothing to do with religion, but rather with a lack of democracy and of rights for the poor.

Mohammed ElBaradei wants to boycott the referendum, and you have called on citizens to vote "no".

Sabahi: Yes, but our participation is contingent on certain conditions. If there is electoral fraud, we will withdraw before the second ballot. And we continue to abide by our old claim: Morsi should stop this referendum, because it damages Egypt. 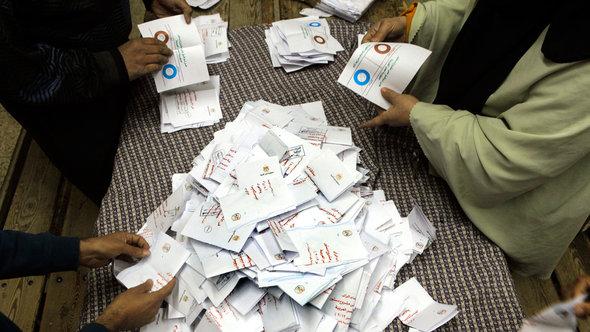 Last Saturday, the first of two rounds of the constitutional referendum took place in Egypt. The results thus far show a majority of 56 per cent in favour of the draft constitution, but the opposition has denounced alleged election law violations and is requesting a repeat vote

​​What will the opposition do if the population adopts the constitution?

Sabahi: We will accept the result – and carry on our peaceful struggle against the contents of the constitution.

What can you do as an opposition leader to overcome the division between supporters and opponents of Morsi?

Sabahi: First of all, let me point out that the division has nothing to do with religion; all Egyptians are religious. What's more, we are political rivals, not enemies, so we need to find a compromise. We say the same thing to our supporters.

President Morsi has called for a national dialogue. Why didn't you respond to his invitation?

Sabahi: Because it was not intended as a dialogue on equal terms. With his constitutional decree in November, he put a knife to our throats – that's why we cannot come to an understanding for the time being. Despite withdrawing the decree, he has not answered our request for a postponement of the referendum.

Morsi has tried to justify exercising his special powers by citing a supposed constitutional coup being planned by the Supreme Court.

Should the military play a bigger role again in such heated times?

Sabahi: Unlike Morsi, who sees himself as a representative of a specific group, the army represents all Egyptians. It is an independent national institution that is respected. For that reason, we answered its invitation to engage in a dialogue – but the meeting was later cancelled.

The slogan of the Muslim Brotherhood is "Islam is the solution". Do you see socialism as a solution to the problems of your country?

Sabahi: Egypt needs a solution that transcends the interests of the various camps. Social justice and Islam are complementary, if one takes seriously Islam's basic tenet that God is on the side of the poor and disenfranchised. Social justice was also the main demand of the revolution of 25 January – after all, most Egyptians are poor.

Why is communication between leftists and liberals on the one side, and Islamist forces on the other, so difficult then?

Sabahi: Because the economic programme of the Islamists comes from the Mubarak era. They put their faith in the free, unrestricted market economy and hence deprive Egyptians of their social and economic rights. From this perspective, it doesn't matter for me whether I am ruled by Morsi or Mubarak.

What would your role model, Egypt's first president, Gamal Abdel Nasser, do in this situation?

Sabahi: Any real leader would try to rally his people behind him. But Morsi is dividing the nation rather than uniting it. And all the while it would be so important after this great revolution to bring together the Egyptians anew on the basis of a common understanding, regardless of the outcome of free elections. This unity cannot arise under pressure from above, which means that Morsi is not a genuine leader. 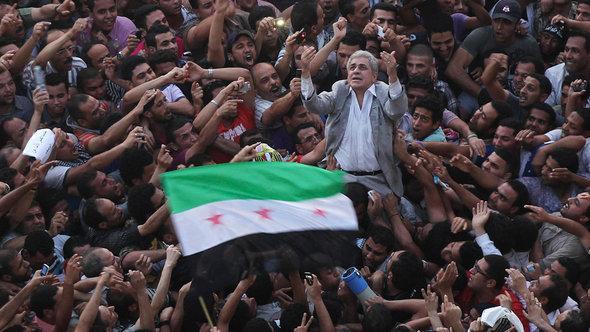 Celebrated by his followers as a folk hero: former presidential candidate Hamdeen Sabahi believes that the problem with the draft constitution has nothing to do with religion, but rather with a lack of democracy and of rights for the poor

​​Opponents of the constitution also include members of the old regime. What role do they play?

Sabahi: None at all. We are the true leaders of the revolution; Morsi and the Brotherhood have joined us.

Will the opposition enter the parliamentary elections in the new year as a united force?

Sabahi: I hope so. We are trying to make sure that our coalition has such a broad reach that it is able to offer democracy and social justice as an alternative to the prevailing system. It is not about Islam, but about defending the achievements of the revolution.

President Morsi received much recognition for his diplomacy in the Gaza war.

Sabahi: Yes, because he did the same thing as Mubarak before him: submit to Israel's and America's interests. But with the difference that Egypt stepped in for the first time as police officer defending Israel's security by stopping Hamas from shooting missiles. Therefore, I am not surprised that the United States is grateful to Morsi.

What would a President Sabahi do differently in foreign policy?

Sabahi: I would certainly not involve Egypt in a war with Israel. But on the basis of the peace agreement, I would seek a relationship with dignity. As I also would with the US Administration, by the way: the old relationship as a satellite of the United States must be overhauled and the new one must be based on equality.

Two years after the start of the Arab uprisings, your country is stuck in a state crisis, and war rages in Syria. Is the Arab Spring over?

Sabahi: The Arab Spring goes on, even though it needs more time to flourish. Furthermore, after every winter comes a new spring; that is our hope, and that is what we are fighting for.

In other words, you don't see the Islamists as the victors of the revolution.

Sabahi: There were no Islamist revolutions anywhere in the Arab world, but rather people's uprisings in which many sections of the population were involved. We respect that. But we will not allow the Islamists to steal the revolution.

Hamdeen Sabahi, born in 1954, has been imprisoned several times for his criticism of presidents Anwar al-Sadat and Hosni Mubarak. In 2004 he was one of the founders of the opposition coalition "Kifaya" ("Enough").

The Prophet Muhammad never executed anyone for apostasy, nor encouraged his followers to do so. Nor is criminalising sacrilege based on Islam’s main sacred text, the Koran. In ... END_OF_DOCUMENT_TOKEN_TO_BE_REPLACED

Archaeologists have uncovered the remains of an ancient city in the desert outside Luxor in Egypt. They say it dates back to the golden age of the Pharaohs more than 3,000 years ... END_OF_DOCUMENT_TOKEN_TO_BE_REPLACED

Surging coronavirus cases in many parts of the world have overshadowed the start of this year's Muslim holy month of Ramadan, with festivities once again curtailed by contagion ... END_OF_DOCUMENT_TOKEN_TO_BE_REPLACED

German Middle East analyst Guido Steinberg and television journalist Ulrich Tilgner have both published new books on the conflicts in the Middle East. Their analyses and their ... END_OF_DOCUMENT_TOKEN_TO_BE_REPLACED

Televised Turkish dramas are all the rage in the Middle East. A young Ottoman TV Empire has been expanding its soft power by harnessing regional dialects, Arabic names and viewers ... END_OF_DOCUMENT_TOKEN_TO_BE_REPLACED

Nawal El-Saadawi has died in Cairo at the age of 89. The prominent doctor, activist and author became internationally known for her outcry against female genital mutilation and ... END_OF_DOCUMENT_TOKEN_TO_BE_REPLACED
Author:
Markus Bickel
Date:
Mail:
Send via mail

END_OF_DOCUMENT_TOKEN_TO_BE_REPLACED
Social media
and networks
Subscribe to our
newsletter