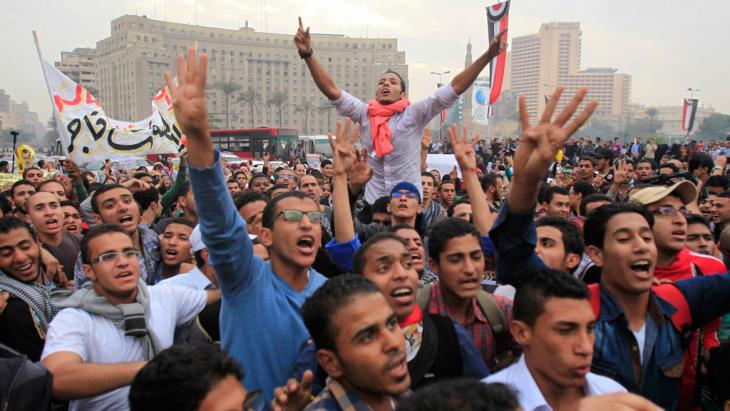 In Need of a Culture of Compromise

The biggest challenge facing Egypt in its attempts to build a new future is the fact that it does not have a political culture of compromise, writes Ronald Meinardus

Egyptians are renowned for their optimism. Hardly any discussion about the future of their country ends without somebody remarking that tomorrow will be better than today. A recent survey confirms that people really do feel this way: about two-thirds of Egyptians are filled with hope about the future and are convinced that their personal situation will be better next year than it is at present.

In the light of the ongoing crisis, economic decline, violence, and widespread insecurity, this confidence is astonishing. Earthly factors cannot adequately explain why it is so: the optimism and positive outlook of the people in Egypt is largely rooted in their faith in God.

Muslims are Copts have one thing in common: both are deeply religious. This goes hand in hand with their belief in a benevolent superhuman power that will make sure that everything turns out right in the end – everything from personal fates to the future of the community and even the nation. Inshallah – if God wills it: no other saying is used more frequently than this in Egyptian dialogue. The permanent reference to God, even on the most banal matters, is part and parcel of everyday Egyptian culture.

Political debates in Egypt rarely focus on the long-term perspective. The focus is instead on the here and now. The time horizon is restricted to the next few weeks and months. Debates rarely centre on what the situation is going to be in a few years or a few decades. 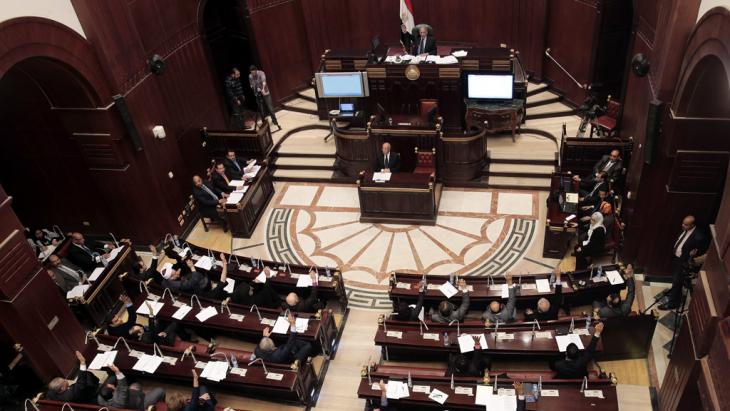 An important hurdle cleared: Egypt's new, revised draft constitution was recently approved by the country's constituent assembly. The new draft is intended to replace the 2012 constitution, which was heavily influenced by the Islamists and was suspended by the military after the overthrow of President Mohammed Morsi. The intention is that Interim President Adly Mansour will hold a national referendum on the new constitution

In Germany, the political debate is completely different. Here, future topics dominate the party political debate, and technocrats discuss the balancing of the budget, the safeguarding on the energy supply, pensions, and care for the elderly in serious – and oftentimes highly complicated – debates. The current generation is worried about the next generation and is busy making plans for its well-being.

There is none of that in Egypt. Here, politicians take things one day at a time. At present, they are focussing on the new constitution. Behind closed doors, delegates who were not democratically elected but were appointed by the government are discussing the country's new basic law.

For the people in the coffee houses (and in front of television sets), this is of secondary importance. They are less interested in sweet-sounding words about freedom, social justice, and human dignity. People in Egypt talk about one thing above all else, namely who the next president will be. This prioritisation is a reflex of the Egyptians' collective experience: ultimately, who rules the country is much more important to them than the constitution the president has to adhere to when governing.

It is not as if the discussions about the constitution are of no importance; the text of the constitution will have huge consequences for the future of the country. For example, the basic principles of election law will tell us how Egyptians will elect their political leaders in the future.

Those monitoring the debates are watching the discussion about the president's prerogatives very closely indeed. The more powers the authors of the constitution give the head of state, the more likely it is that Defence Minister General Abdel Fatah Al-Sisi will throw his hat into the ring and stand for office. Al-Sisi is by far the hottest favourite. What's more, in the eyes of many, many Egyptians, he is the only man capable of helping the crisis-ridden country to new glory and influence.

But before talking about the future, one should know about the past. What's more, in order to master the future, one must come to terms with the past. The same holds true for societies and nations. Egypt's recent history has been turbulent. Bloody conflicts, hate and death have left deep scars. As always, there are winners and losers.

The much-cited national unity can only be achieved on the basis of an inclusive political system. To this end, political compromises are necessary. The judicial reappraisal of the past is part of a successful process of national reconciliation. Egyptians have to look no further than South Africa and Morocco to find successful examples of transitional justice. What is needed is the political will. But in Egypt's current climate of political polarisation, there are no signs of such political will. 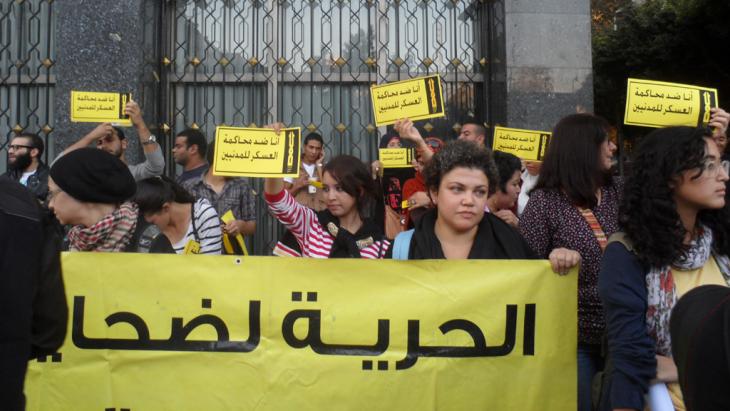 Searching in vain for signs of the rule of law and democracy in Egypt: people protesting against military courts for civilians in Cairo. In terms of freedom of speech, the planned anti-terrorism law is a worrying development. The definition of terrorism in the Interior Ministry's draft law is so vague that the activities of people opposition groups or human rights groups could be viewed as acts of terrorism

The lack of a political culture of compromise is probably the greatest challenge Egypt faces in building a new future. Although everyone agrees that the country faces colossal problems, there is little consensus about how its problems should be tackled.

There is no strategic plan, no national vision of what Egypt should look like in ten, twenty, or even fifty years. Perhaps someone somewhere has a master plan hidden in a drawer, but if they do, it is never spoken about in public.

The only reliable forecast doing the rounds at the moment relates to population figures: in short, the Egyptian population is expected to explode, rising from its current level of approximately 90 million to 150 million by the year 2050, a year that most of today's young Egyptians will live to see. Already, the country is overpopulated.

This unfettered population rise is grist to the mill of all the Cassandras who predict that there is no solution to Egypt's problems. They warn of greater impoverishment, hunger revolts, and chaos and predict that the masses will ultimately call for a radical military dictatorship to get a handle on the situation. There is little room in these horror scenarios for a liberal democracy.

In order to ensure that these dark predictions remain just that – sinister forecasts made by pessimists – Egypt has to make radical and structural changes immediately. The problem is that there are no signs of such drastic measures anywhere.

Dr. Ronald Meinardus is head of the Friedrich Naumann Foundation for Freedom's regional office for Mediterranean countries in Cairo.

Arab women played a leading role in the protest movement of 2011. Since then, ongoing social transformation has had a considerable impact on their lives. What is their assessment ... END_OF_DOCUMENT_TOKEN_TO_BE_REPLACED

They’ve already got the Louvre; they’ll soon have a Guggenheim Museum as well – and now the Emirates have added literature to their quest for cultural supremacy in the Arab world ... END_OF_DOCUMENT_TOKEN_TO_BE_REPLACED

Years in the making, Sisi's elite New Administrative Capital will isolate most Egyptians from their centres of government in an effort to fortify the regime against any social ... END_OF_DOCUMENT_TOKEN_TO_BE_REPLACED

Professor Timothy Brennan's "Places of Mind: A Life of Edward Said" is a detailed biography of one of the most important intellectuals of the twentieth century, taking us on a ... END_OF_DOCUMENT_TOKEN_TO_BE_REPLACED

China has long portrayed itself as a strong supporter of the Palestinian cause. It has also claimed that in sharp contrast to the stance of the USA, its position is based on ... END_OF_DOCUMENT_TOKEN_TO_BE_REPLACED

Recep Tayyip Erdogan, disappointed by the European Union’s reluctance to integrate Turkey into its ranks, has re-directed his country’s diplomacy toward the Maghreb and Africa to ... END_OF_DOCUMENT_TOKEN_TO_BE_REPLACED
Author:
Ronald Meinardus
Date:
Mail:
Send via mail

END_OF_DOCUMENT_TOKEN_TO_BE_REPLACED
Social media
and networks
Subscribe to our
newsletter