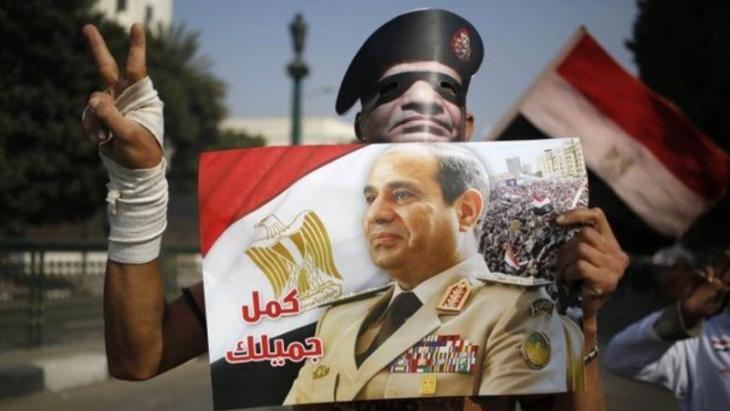 The Egyptian regime has been resorting to defamation campaigns to target its opponents as a tactic to silence and discredit any critical voices, claims leading activist Esraa Abdel Fattah in her commentary

The current Egyptian regime has mobilised all its media institutions to distort the image of its opponents and incite hatred against them. It does not distinguish between a revolutionary, someone who belonged to the previous regime, or someone from within the military establishment: if that person criticises, disagrees, or competes with it, then it will be a target.

Not only has this regime imprisoned, disappeared, imposed travel bans and asset freezes on its critics, but it has also launched unethical defamation campaigns against them. It has employed a unique phenomenon of "leaking" and broadcasting personal phone calls that are then picked up by its allies in the media to distort and incite hatred against those targeted.

Why is this regime resorting to such attacks against its opponents and what are its criteria in selecting its targets? There are different answers to this crucial question.

First of all, there are some critics that the regime may not want to imprison because they are too important or influential on the international level and their arrest will generate too much international attention. The noise generated as a result of their imprisonment by international media, would create too much of a headache.

Second, the regime may have no other means to punish its critics than through such immoral tactics. Perhaps it has no evidence to justify their imprisonment, however many believe that the regime is easily able to fabricate any charges against anyone it wishes to imprison. 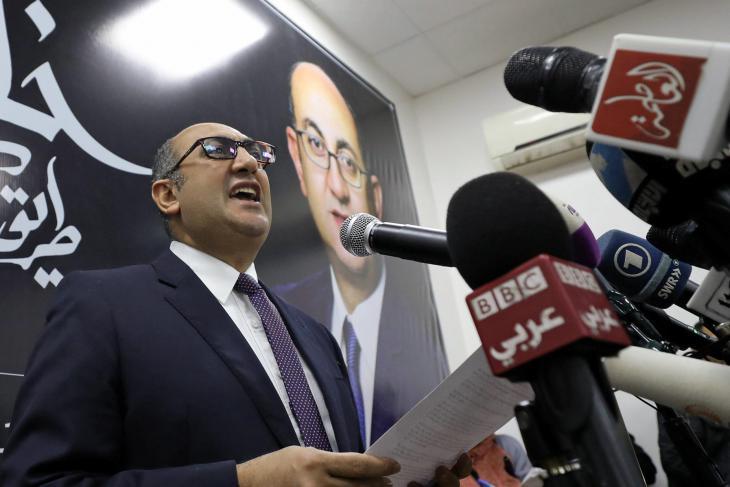 No longer a contender: Egyptian presidential hopeful and rights lawyer Khaled Ali quit the race last week, the latest would-be candidate to either bow out or be forced to abandon a challenge to the president, Abdul Fattah al-Sisi, before the March election. Ali entered the race as a symbol of Egypt’s leftist revolutionary politics, but withdrew his candidature saying ″the opportunity for hope in this presidential election has gone″

No space for political dissent

Third, character assassination is a very effective weapon against human rights defenders and the Egyptian opposition, especially women. It affects and reduces their credibility in a conservative society, even if the exposed behaviour is conducted in their personal life.

Imprisoning or detaining these types of activists may turn them into heroes or martyrs, whereas questioning their reputation destroys their legitimacy as well as that of the January revolution. 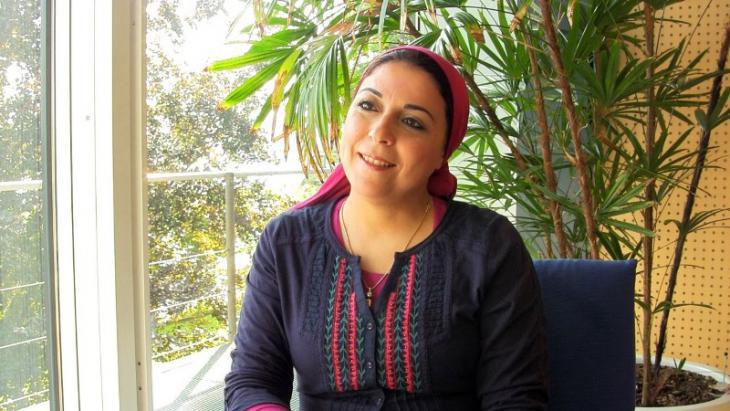 Esraa Abdel Fattah is social media manager with Tahrir News. She was one of those who initiated the general strike organised by the April 6th Movement in 2008. She played a leading role in the mass protests against Mubarak on Cairo′s Tahrir Square in January 2011. In the same year, she was nominated for the Nobel Prize for her political activities

It will not allow these personalities to create an atmosphere that can support the emergence or rise of new symbols. Only hypocritical voices are disseminated on the various media channels to falsify information and brainwash public opinion in support of the regime.

Whatever the reasons, this weapon of character assassination and image distortion is used by this regime in an unprecedented way. It will remain a black mark on its history and it is not an indication of its strength but its weakness. Spying on critics and recording and broadcasting private calls and images is a cheap weapon.

The final question is whether society will one day see through these tactics and realise that such regimes that suppress their opponents by espionage and intrusion into their personal lives are despicable systems that are unable to confront their opponents through honourable means, logic and reason. Rather, the confrontation should take the form of developing and responding to the policies rejected by the opposition in a decent, polite and clear manner without deceit and distortion.

Sisi’s mismanagement has plunged the country into crisis. Both political and economic reform is needed to save it, writes Abdelrahman Mansour END_OF_DOCUMENT_TOKEN_TO_BE_REPLACED

The devaluation of the Egyptian pound combined with rising food prices is taking its toll on Egypt. More and more people are slipping into poverty. Karim El-Gawhary reports from ... END_OF_DOCUMENT_TOKEN_TO_BE_REPLACED

Egyptian Sufis have been on the defensive against the country's Islamists for decades. Meanwhile, interest in mysticism is growing among the young members of Cairo’s middle and ... END_OF_DOCUMENT_TOKEN_TO_BE_REPLACED

Abortions are illegal in Egypt unless they are necessary to save a married woman's life. But that doesn't stop local women from having one. Egyptian society needs to acknowledge ... END_OF_DOCUMENT_TOKEN_TO_BE_REPLACED

Food prices doubled, salaries halved, banks restricting withdrawals: Egyptians now have the same problems as the Lebanese. But if things get worse here, the fallout will be far ... END_OF_DOCUMENT_TOKEN_TO_BE_REPLACED

END_OF_DOCUMENT_TOKEN_TO_BE_REPLACED
Social media
and networks
Subscribe to our
newsletter