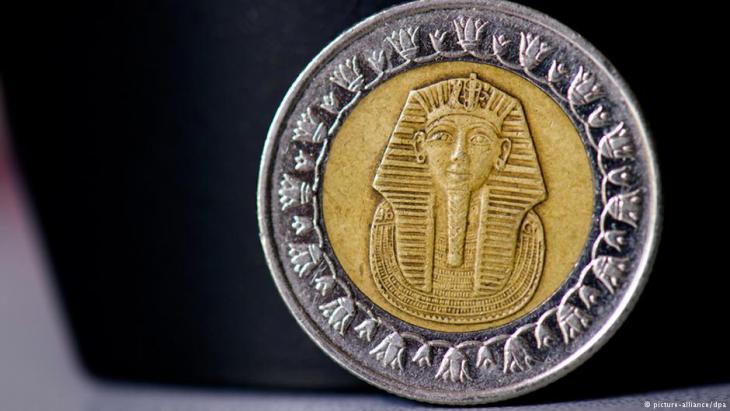 Egypt's military government is amassing debts to international lenders at record rates. With fiscal austerity measures biting, the country's poor and middle class are struggling to get by. By Tom Stevenson

On 29 September, the Central Bank of Egypt released statistics showing the country's total foreign debt had risen 41 per cent, to $79 billion, in a single year. Egypt's debt totalled $34.4 billion, half current levels, as recently as 2012. Foreign debt has risen to 34 per cent of GDP according to central bank figures.

Analysis conducted by Salma Hussein, a researcher in economic and social justice at the Egyptian Initiative for Personal Rights (EIPR), and the author of a 2016 study on Egypt's debt, shows changes in the character of and politics associated with the debt. "There is a rapid increase in foreign debt since November 2016, and when you look, the central bank is responsible for most of this debt, meaning there is a huge amount of foreign debt that is taken on totally away from the eyes of parliament," Hussein told Qantara.de.

According to EIPR's research, Egypt's reliance on external debt sourced from the Egyptian government's political allies in the Persian Gulf – particularly Saudi Arabia, the United Arab Emirates and Kuwait – has risen markedly since 2015. The new debts taken on by Egypt's central bank are not subjected to monitoring or scrutiny by Egypt's parliament, interest terms are often kept private, and the loans aren't linked to specific deliverable projects, according to Hussein. "To me this is a sign of crisis: it means you need foreign currency immediately just in order to breach a shortage, rather than it being well designed and calculated debt where you know where it's going and what it's for – it's a fragile situation," she said. 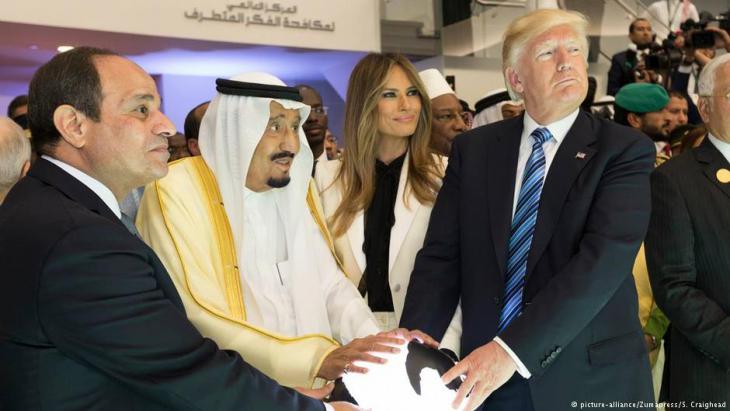 According to the Egyptian Initiative for Personal Rights (EIPR), Egypt's reliance on money from the country's allies in the Gulf has risen markedly since 2015. Egypt's main creditors are the Arab states of the Gulf, the IMF, the World Bank and the Paris Club, which includes among others the US, UK, Germany and France. Pictured here: Egyptian President Abdul Fattah al-Sisi with King Salman of Saudi Arabia and Melania and Donald Trump

Egypt's main creditors are the Arab states of the Persian Gulf and international financial institutions such as the IMF, the World Bank and the Paris Club, which is composed of 22 members including the United States, United Kingdom, Germany and France. The country's external debt per capita has increased from $475 in 2013 to $812 in 2017, high levels for a less economically developed country. A significant portion of the debt Egypt is taking on is going to service government budget deficits and prestige projects such as a new administrative capital city in the desert outside Cairo, not long-term infrastructural investment that boosts the economy.

Egypt has been increasingly taking on debt by issuing eurobonds in international capital markets at high bond yields, meaning international investors are benefiting from high interest-rate lending to Egypt. Analysts say much of the foreign debt is from speculative capital injections, or "hot money". In 2012, Egypt's foreign debt was composed of 88 per cent long-term loans with maturities longer than three years. Now, just 59 per cent of the country's debts have long-term maturities, while 17 per cent are short-term loans of one year or less with high interest rates.

"Egypt's debt to GDP is reaching very worrying levels," said Osama Diab, an economic researcher at the Tahrir Institute for Middle East Policy (TIMEP). "When we talk of debt to GDP, we shouldn't be comparing Egypt to rich European countries and say Egypt's debt level is equal to Belgium's or less than Japan's, because unlike these countries, Egypt suffers from very weak government finance, so when you compare the debt to tax revenues, the picture even looks more bleak," he said. 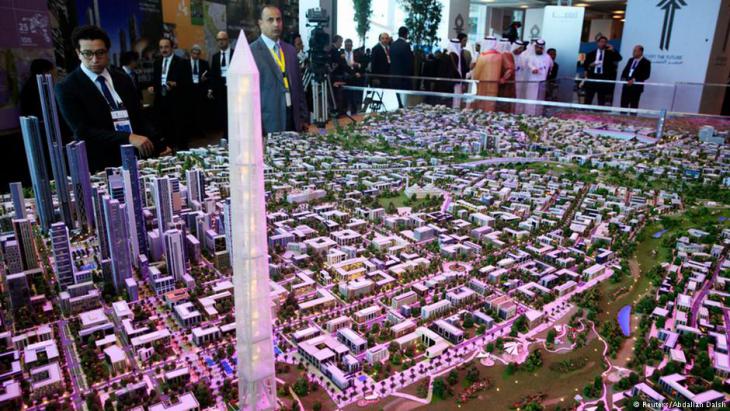 "A significant portion of the debt Egypt is taking on is going to service government budget deficits and prestige projects such as a new administrative capital city in the desert outside Cairo, not long-term infrastructural investment that boosts the economy," writes Tom Stevenson. Pictured here: a model of the planned new administrative capital city

Egypt's rising level of debt is not an isolated phenomenon; the rise has been accompanied by a stringent IMF-directed fiscal austerity programme (attached to a $12 billion IMF loan) that has had deep effects on Egypt's economy.

Abortions are illegal in Egypt unless they are necessary to save a married woman's life. But that doesn't stop local women from having one. Egyptian society needs to acknowledge ... END_OF_DOCUMENT_TOKEN_TO_BE_REPLACED

Food prices doubled, salaries halved, banks restricting withdrawals: Egyptians now have the same problems as the Lebanese. But if things get worse here, the fallout will be far ... END_OF_DOCUMENT_TOKEN_TO_BE_REPLACED

Giessen, Eichsfeld, Kusel, Berlin – cars bearing old German number plates are the latest trend on the streets of Cairo. Many Egyptians regard the discarded plates as chic. What ... END_OF_DOCUMENT_TOKEN_TO_BE_REPLACED

Egyptian Sufis have been on the defensive against the country's Islamists for decades. Meanwhile, interest in mysticism is growing among the young members of Cairo’s middle and ... END_OF_DOCUMENT_TOKEN_TO_BE_REPLACED

Chinese President Xi Jinping's visit to Saudi Arabia in December 2022 may have rattled Washington, but it simply highlighted the Arabs’ desire to diversify their foreign relations ... END_OF_DOCUMENT_TOKEN_TO_BE_REPLACED

END_OF_DOCUMENT_TOKEN_TO_BE_REPLACED
Social media
and networks
Subscribe to our
newsletter