Despite international criticism the military government has reacted with force against the Muslim Brotherhood, which is demanding the reinstatement of Morsi. Here is our chronology of 2013. 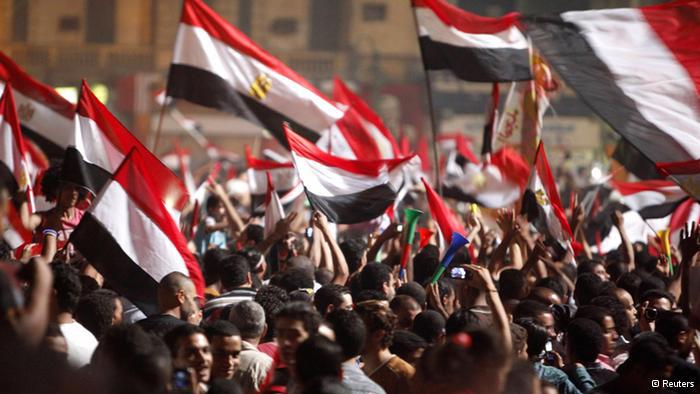 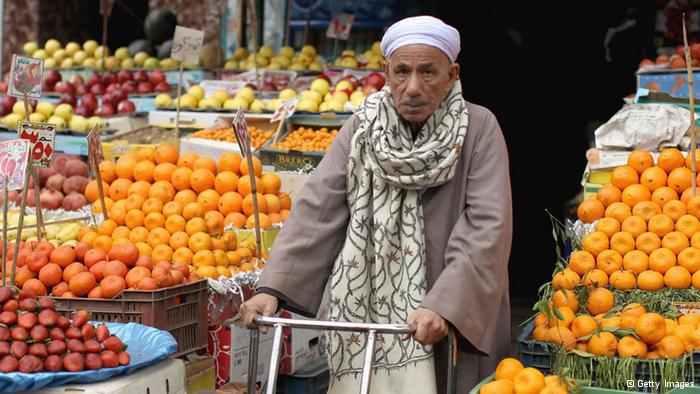 Economy crippled: Tourists are staying away from Egypt and the country's currency is in freefall. As the year begins, President Mohammed Morsi struggles to restart the ailing economy. Instead, the Muslim Brotherhood discusses the role of Islam in the state. Many accuse the Brotherhood of being no different to the old Mubarak regime. 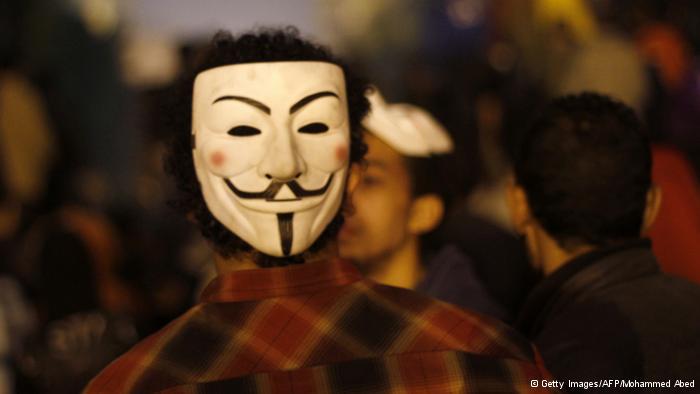 January 25, 2013: The opposition calls for nationwide protests under the slogan "bread, freedom, and social justice," and on the second anniversary of the revolution thousands of Egyptians take to the streets to demonstrate against Morsi's new constitution and demand improvements to the economy. 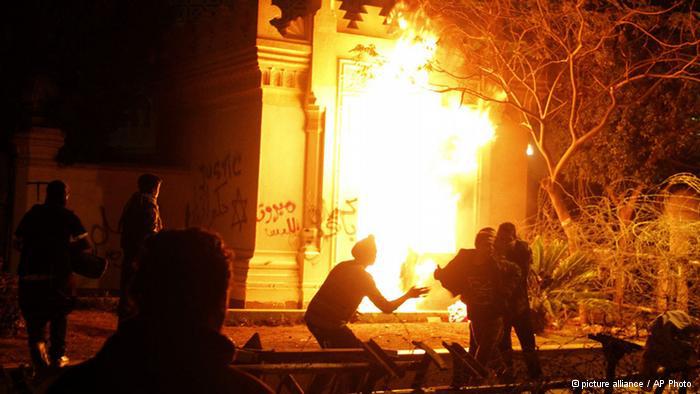 At the presidential palace: The demonstrations do not stop. On February 11, the anniversary of Mubarak's ouster, opposition supporters fight police on the streets. The police deploy tear gas. Protests are also aimed at the interior ministry and the opposition movement accuses Morsi of using the same violent methods as Mubarak. 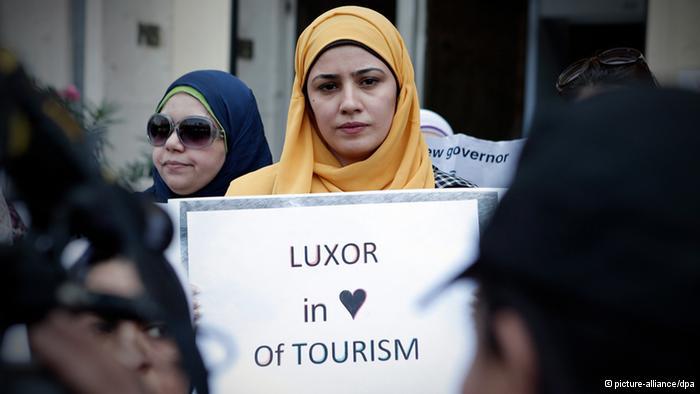 The wrong governor: President Morsi appoints Adel al-Chayat as governor of Luxor. He is supposed to lead the popular tourist city into the future. But Chayat is a leading member of the Islamic Gamaa al-Islamiya, responsible for the 1997 attack in Luxor that killed 62 people. There is an outcry, several ministers step down until finally Chayat resigns in June. 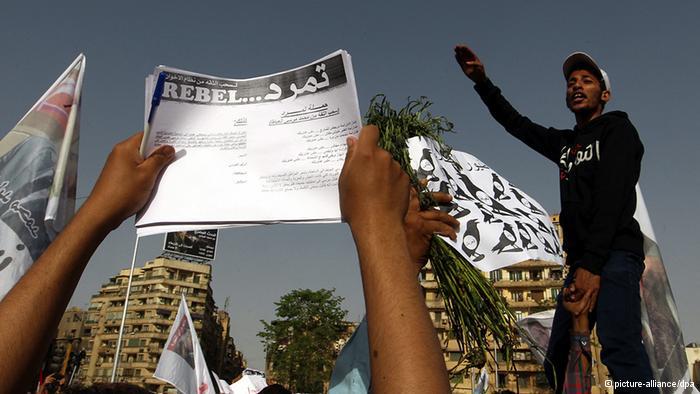 Tamarod is born: In mid-April, the Tamarod (rebellion) movement is born. Young activists want to force President Morsi to step down with a petition. The deadline for the rebellion is June 30, Morsi's first anniversary in office. The activists and their supporters plan to protest in front of the presidential palace in Cairo. 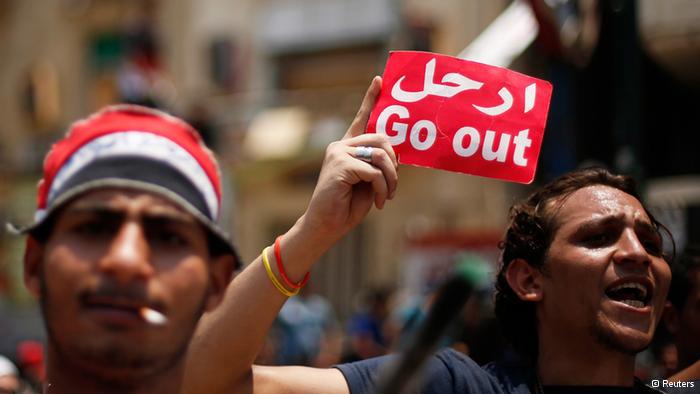 The day of the revolt: Protesters show Morsi the red card. Thousands of demonstrators gather at the symbolic Tahrir Square and in front of the presidential palace. The Tamarod movement claims it has collected 15 million signatures, and protesters demand new elections. Morsi supporters defend the president. 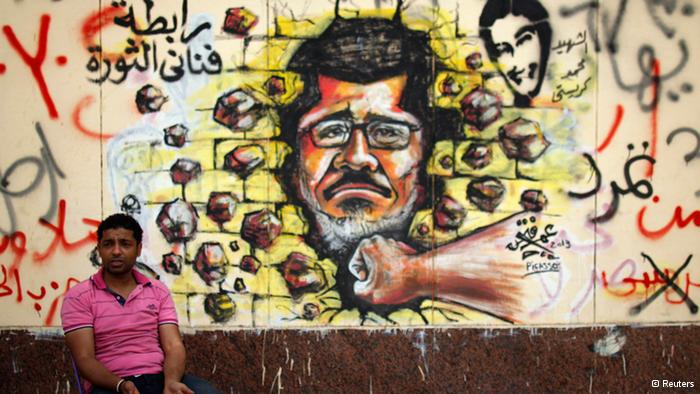 The fallen president: On July 3, the military deposes President Morsi and puts him under house arrest. Army chief Fatah al-Sisi suspends the constitution and appoints Adli Mansur as new president. Tens of thousands react with joy but Morsi supporters attack a building belonging to security forces, claiming that Morsi is the victim of a coup. 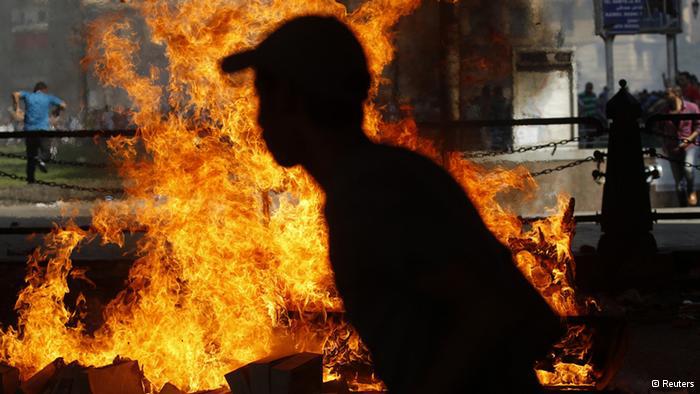 Battles continue: All over the country people protest for and against Morsi's ouster. On July 8 massive clashes occur at the headquarters of the Revolutionary Guard, and more than 50 Morsi supporters are killed. There are contradictory accounts of events. The army talks of "terrorist groups" while Morsi supporters accuse the army of committing a massacre. 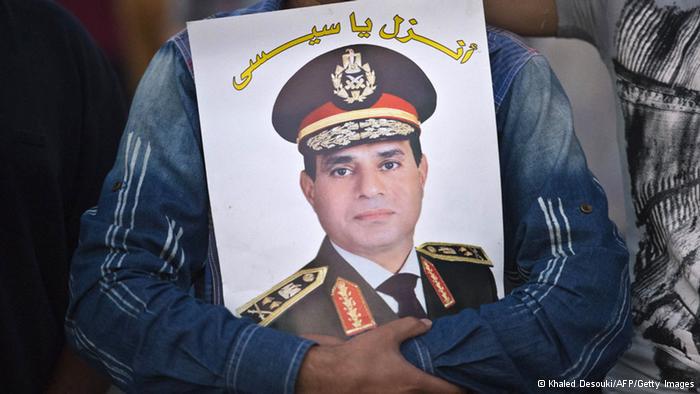 Military as a political force: Former finance minister Hazem al-Beblawi is appointed interim prime minister. On July 16 the new cabinet takes its oath of office. The Muslim Brotherhood is no longer part of the government, while the military is suddenly a powerful player in Egypt's politics. General al-Sisi (pictured), responsible for Morsi's ouster, becomes al-Beblawi's deputy. 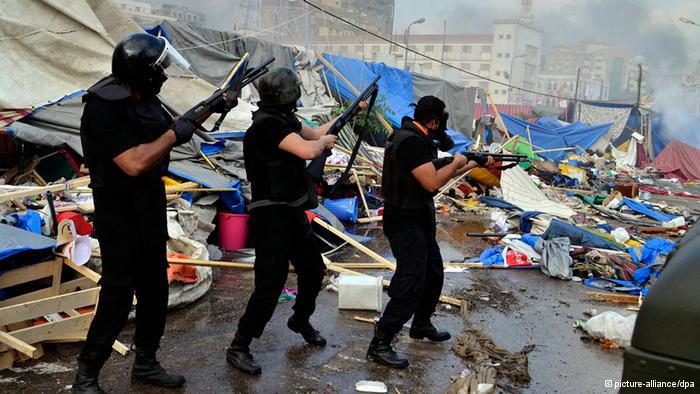 Camps for Morsi: Morsi's supporters build protest camps in Cairo, and hundreds are killed in August when they are stormed by police and army forces. The Muslim Brotherhood claims 2,200 of its supporters are killed. There are also clashes between the Brotherhood and Coptic Christians. The military declares a state of emergency and imposes a curfew. Both are finally lifted in November. 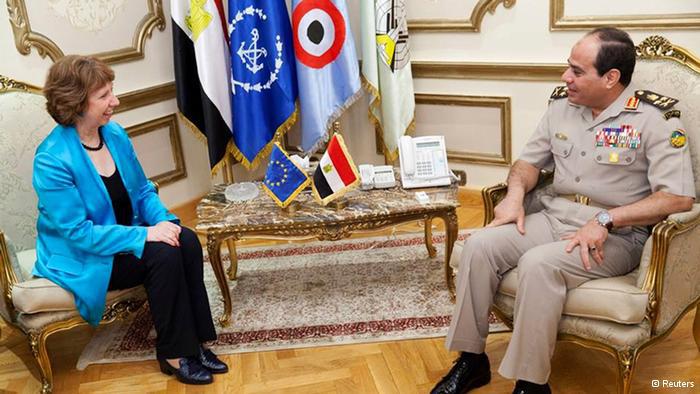 Mediation fails: The mediation attempts of the European Union - led by High Representative Catherine Ashton - and the US fail. International criticism of the military rulers increases due to the continuing violence. Morsi is still in custody. He is accused of responsibility for the deaths of demonstrators and co-operating with Hamas in 2011. 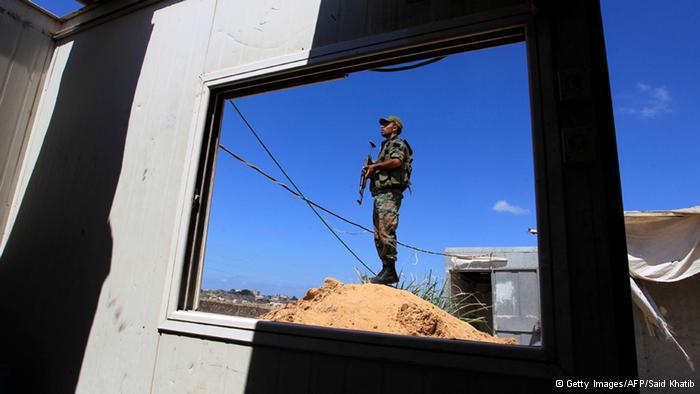 Foreigners become scapegoats: Meanwhile the violence on the Sinai Peninsula escalates. The Egyptian army blames militant Palestinians, and accuses Hamas of failing to secure the border to the Gaza Strip. The Egyptian government becomes increasingly xenophobic. The military accuses the Brotherhood of paying Palestinians and Syrian refugees to fire at Morsi opponents and the military. 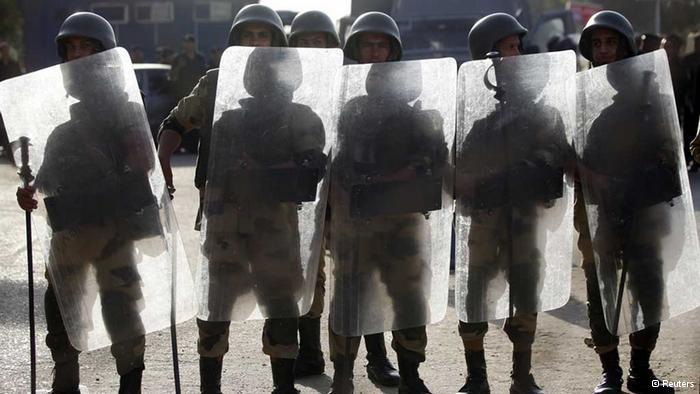 Money as leverage: The army bans the Muslim Brotherhood. The US announces it is cutting its $1.3 billion (950 million euros) in financial help to Egypt because the military rulers are not seeking a political resolution. The military says they are not open to blackmail. 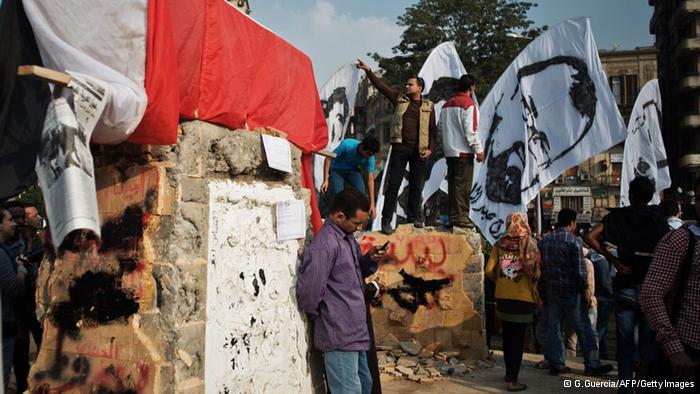 Controversial memorial: In November the military builds a memorial on Tahrir Square in memory of the victims of two years ago, though those protesters demanded the retreat of the army from politics. Activists call the memorial ironic. The memorial has already been demolished. A referendum on the new constitution is soon to take place and parliamentiary elections are set for spring 2014.

END_OF_DOCUMENT_TOKEN_TO_BE_REPLACED
Social media
and networks
Subscribe to our
newsletter