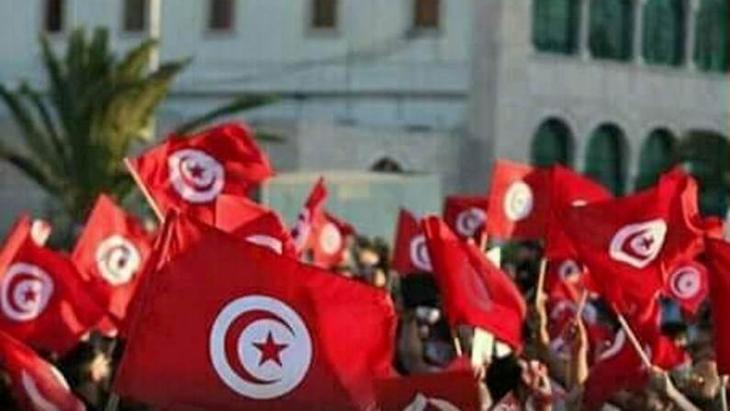 Inspired by Franceʹs "gilets jaunes", the Tunisian "red vest" movement reflects the widespread discontent in the North African country, where protests against spiralling living costs, unemployment, mismanagement and corruption are once again on the increase. By Alessandra Bajec

On 8 December, Tunisian activists circulated an official statement on social media announcing the launch of a new grassroots group ("gilets rouges") that intends to organise peaceful protests against the governmentʹs failure to improve economic conditions. Emulating the French "yellow vests", the group takes its colour from the red of the countryʹs flag.

"Owing to the ruling eliteʹs lack of honesty and transparency and the deepening rift between ordinary people and the government, we – the Tunisian youth – are today launching the Red Vest movement to save Tunisia," the statement read.

The new campaign came just a day after the Tunisian Prime Minister Youssef Chahed admitted that the country is still plagued by "widespread corruption", conceding that there has been no serious progress in recent years. Unemployment is seen to be increasing as a result of structural corruption, which is only serving to widen the class divide.

Followed by 5,300 people within the first 24 hours after it formally took off, the movement now has over 16,320 followers on its Facebook page. Apolitical, without any commercial backing, and relying on a young demographic of Tunisians aged 20 to 40, the Red Vests have so far established at least 12 regional co-ordination committees and dozens of local committees nationwide. Open to all citizens, the newly-founded initiative is still in the process of forming.

At the campaignʹs core are co-founders Yassin Ouerghi and Bourhan al-Ajlani (the latter was detained following the launch), Riadh Jrad and Nejib Dziri, members of the national bureau. The founders are former members of the leftist-affiliated General Union of Tunisian Students (UGET). 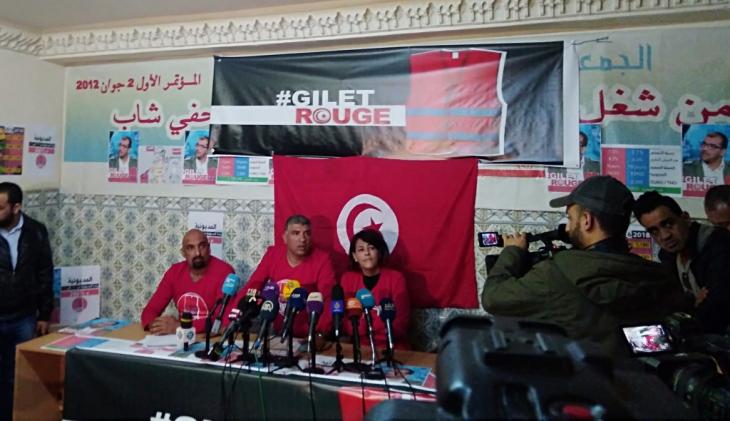 Fresh impetus to build Tunisia’s future: at their launch on 14 December, the Red Vests produced a list of 22 economic and social demands, an increase in the minimum wage to 600 Tunisian Dinar ($200), an increase in the state pension to 400 TND ($135), a strategy for employment, a reduction in the cost of basic necessities, improved living standards, a halt to the privatisation of public companies, urgent reforms in the health, education and public transportation sectors, and – last, but not least – a clampdown on corruption

"There is a huge divide in Tunisia between the coastal regions and the hinterland. The (marginalised) interior is where the 2011 revolution was ignited, yet those areas have seen little or no benefit," complains Ghassen al-Ajlani, Bourhanʹs brother, originally from the Kasserine governorate. He hinted at a "purely neo-liberal, capitalist trend ignoring the countryʹs interior regions."

Shocked by his siblingʹs arrest, he explained that Bourhan is a young bright and highly educated man, anti-Islamist, a long-standing militant from Kasserine, well connected with the revolutionary youth there. He also mentioned some early mobilisations seen throughout the Kasserine region in December, suggesting that his brother may have been behind those social protests.

"A young movement... to build our country's future"

"When news of the Red Vests spread, those at the top started to become afraid. They realise that if the Yellow Vest phenomenon is on the rise in France, the same can happen in Tunisia where people are even more fed up!" argues Ghassen.

Driven by a call to question the government for its inability to fix the economic crisis, the Red Vests are critical of the ruling regime and all political parties, holding them responsible for the current situation.

"They understand all too well that this movement could take hold in the population, threatening the establishment and their power," notes Ouerghi. "We have a dream, we want to create a young movement to build our countryʹs future," he adds.

Nouara may be 65, but she is ready to join thousands of others who burn their ID and pay traffickers for the chance of a new life in Europe. Zineb Bettayeb reports END_OF_DOCUMENT_TOKEN_TO_BE_REPLACED

In Doha, Arabs from Morocco, Tunisia, Egypt and Algeria are gathering to celebrate the first ever FIFA World Cup to be held on Arab soil. The criticism from Europe? Over the top, ... END_OF_DOCUMENT_TOKEN_TO_BE_REPLACED

After a two-year hiatus, the Arab League re-convened at the beginning of November in Algiers against a backdrop of uncertainty and discord. By Pierre Boussel END_OF_DOCUMENT_TOKEN_TO_BE_REPLACED

In the run-up to the COP27 global climate summit, hosted by Egypt in November, it is worth noting that little rainfall, aggressive heatwaves and worsening drought make the Middle ... END_OF_DOCUMENT_TOKEN_TO_BE_REPLACED

Tunisia's economic and political instability and the increasing reluctance of Europe to take in job-seeking migrants is leading many Tunisians to head for sub-Saharan Africa in ... END_OF_DOCUMENT_TOKEN_TO_BE_REPLACED
Author:
Alessandra Bajec
Date:
Mail:
Send via mail

END_OF_DOCUMENT_TOKEN_TO_BE_REPLACED
Social media
and networks
Subscribe to our
newsletter