"What we're doing is contemporary Arab music – I think that's the simplest and most accurate way to describe it," says Kinda Hassan, Eka3's representative in Beirut

​​The musicians familiarise themselves with the concert hall's technical equipment. Singer Donia Massoud tests the mike. Tamer Abu Ghazaleh, Mahmoud Radaideh and Zeid Hamdan get out their instruments: a long-necked lute, a standard lute, an electric guitar and a synthesiser.

Two hours from now, they'll be giving their last concert in Beirut. The next stops on the tour are Alexandria and Cairo. The group calls itself KazaMada and has only been playing together for a short time. Their music is the product of an intensive five-day workshop organised by Eka3 (Arabic for "rhythm").

The artists have long years of assorted experience behind them. Massoud, from Egypt, made a name for herself as a folk singer, while Zeid Hamdan was one of the founders of the famed Lebanese electronic music group Soapkills and the band The Government.

Mahmoud Radaideh belongs to the Jordanian group Jadal, one of the first Arab rock bands. The Palestinian Abu Ghazaleh is an Eka3 founder and songmaker who has already released three CDs.

On this evening, the strains of the electric guitar, synthesiser and oud accompany the powerful voice of Donia Massoud. It sounds like an oriental, experimental electro-mix. Some pieces are new, others are classics presented in daring new arrangements.

Kinda Hassan, Eka3's representative in Beirut, calls KazaMada an experiment – an attempt to create something new, to give Arab music a new identity. Hassan reflects for a moment, then adds: "What we're doing is contemporary Arab music – I think that's the simplest and most accurate way to describe it."

Eka3 was founded in Amman in 2007. "We are Arab artists who were active in the region long before Eka3," says Kinda Hassan, who works for the initiative from her base in Beirut. She studied video art at the Academy of Fine Arts in Beirut: "I found out that many artists were turning into application submitters. In order to get financing for their projects, they filled out applications all day long. They hardly had any time left over for their own work. The only way out is to create something of your own, to immerse yourself in your art."

It is important, she continues, to generate continuity, something that is not possible with foreign financing: "Europeans might be interested in our music one minute and then lose interest the next. Then we'd be left high and dry."

Eka3 is producer, agency, experimental workshop and concert organiser in one. It works regionally, producing albums with original covers, creating new sales channels, trying to place artists with festivals and selling the licences for their music.

The key prerequisite for artists wanting to join Eka3 is "that they have something to say and an artistic identity," says Kinda Hassan.

The list of releases to date provides a glimpse of today's diverse Arab music scene beyond the pop mainstream. Well-known names appear alongside up-and-coming artists. For example, there's the renowned Palestinian oud player Khaled Jubran; I-Voice, a rap group from the Palestinian camp Burj Al-Barajneh in Beirut that already has a local fan community; and the new Jordanian group Sharq with its first album. 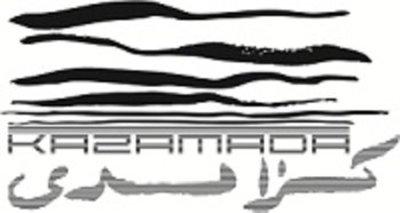 One of the members of the band KazaMada is the Lebanese avant-garde musician Zeid Hamdan from the trip-hop band Soapkills. KazaMada is creating a new kind of oriental electronic music.

People in Egypt, Lebanon and Syria do not have much of a chance to listen to the above-mentioned artists and many others playing new Arab music on TV music channels or radio stations. The music market is monopolised by powerful entertainment conglomerates, such as Rotana, which is not only the biggest Arab label, but also runs various satellite channels and radio stations, and publishes glossy magazines.

Eka3 is trying to create a niche for itself on this difficult music market and is already making some progress. Since last year, an international chain with stores in Dubai, Beirut and Amman now stocks its CDs.

In addition, Eka3 is trying to reach its target audience directly, which Kinda Hassan estimates is between the ages of 18 and 40. In selected cafés and music/DVD stores, small stands have been set up sporting the yellow-and-black Eka3 logo and displaying its products.

In Egypt, this sales option is not available due to censorship regulations. And distribution in Syria is not worthwhile because of the frequency of pirated copies.

KazaMada's concerts in Beirut received mixed reviews. Some critics were irritated by the experimental style, but others praised that very aspect. Kinda Hassan is optimistic: "I am looking forward to the future – without having to force myself to think positively."

Music Scene in Beirut
Nostalgic about the War
"Everyone longs to return to his childhood, and my childhood simply took place during the war", says Mazen Kerbaj, a pioneer of free improvised music in Beirut. Thomas Burkhalter takes a look at how years of war have influenced the sound of Lebanese music

Lebanon
Arabic Rock Music of International Caliber
Rock music in Lebanon reached a low point in 1997 after the suicide of one of its fans. One of the most promising young bands then broke up. It is now celebrating a brilliant fresh start under the name Blend. By Christina Förch

END_OF_DOCUMENT_TOKEN_TO_BE_REPLACED
Social media
and networks
Subscribe to our
newsletter