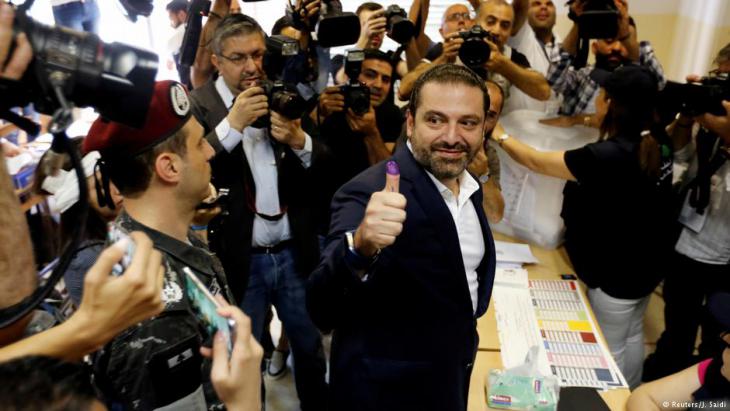 Although the Hezbollah-led coalition won the recent elections in Lebanon, the result also makes it clear that political exclusion is in no-oneʹs best interests. Memories of the nation’s own civil war are still too vivid. By Karim El-Gawhary

The results of the first parliamentary poll in Lebanon for nine years can be summarised in three sentences. Voter turnout was low at 49.2 percent. The biggest loser was the parliamentary bloc led by Lebanese Prime Minister Saad Hariri, primarily supported by the West and Saudi Arabia. The Hezbollah-led bloc, on the other hand, was able to increase its share of the vote and – with 67 seats in parliament – now holds more than half the seats.

"Hezbollah = Lebanon", the Israeli Education Minister Naftali Bennett tweeted a short time later. But anyone who, like him, concludes that the Iranian-backed Hezbollah is the sole election winner, is over-simplifying things. This is because Hezbollah itself didn't increase its number of seats in the Beirut parliament; this was achieved by its allies from the Shia Amal Movement and the Christian Free Patriotic Movement led by the Lebanese President Michel Aoun.

What signals does the poll send?

What remains unclear is what this actually means for Iranian influence in Lebanon – at a time when Israel, as well as Saudi Arabia, is increasingly adopting a confrontational course with Tehran and now that Washington has finally announced it is pulling out of the nuclear deal with Iran. 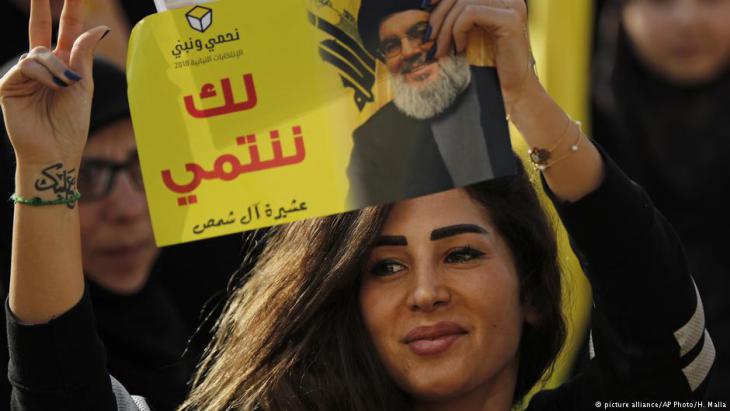 A majority for the Hezbollah-led coalition undoubtedly consolidates its position, although much will ultimately depend on how strong the "Hezbollah grip" will be on its partners in the bloc. Discussions on the possible disarming of Hezbollah, however, are likely to be finally consigned to the past. Realistically, the prospects of this ever happening were always extremely slim, considering that Hezbollah has always had more military might than the Lebanese army.

For Hariri the election is a "slap in the face" – according to a headline in a Lebanese daily newspaper. Nevertheless, in all probability his current national unity government will be continued, one in which both blocs govern together.

Due to the Lebanese convention that the Prime Minister must always be a Sunni, it is also as good as certain that the old Prime Minister Saad Hariri will also be the new one. Ministerial portfolios in the cabinet could be shifted somewhat in favour of Hezbollah. On the other hand, the fundamental power sharing system is unlikely to change much.

No interest in political polarisation

No parliamentary bloc is interested in excluding the other, as this would endanger the miraculously and relatively stable situation in Lebanon in recent years. Owing to its direct proximity to a Syria ravaged by civil war and the fact that a quarter of the population consists of Syrian refugees, no-one in Lebanon currently has any interest in political polarisation. Memories of the nation's own years of civil war are still too vivid for that. 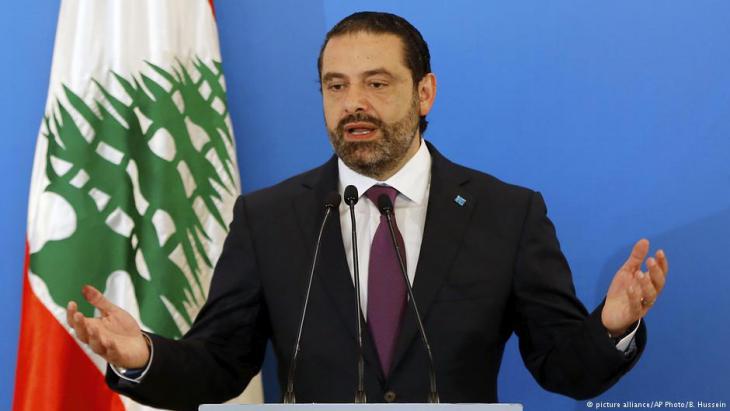 A "slap in the face" for Prime Minister Hariri: nevertheless, in all probability his current national unity government will be continued, one in which both blocs govern together, writes Karim El-Gawhary

This also became clear last year, when Saudi Arabia demanded that Prime Minister Hariri adopted a more decisively aggressive policy towards Hezbollah and to this end, even detained him for a long period of time in Saudi Arabia. But ultimately this Saudi move achieved the exact opposite, namely a closing of ranks in Lebanon.

Strategically too, Lebanon no longer enjoys the same level of significance as before, when Hezbollah in Lebanon was the most important foreign-policy and military instrument for Tehran outside Iran. Today, the survival of the neighbouring Syrian regime depends almost totally on Iran.

There, in the "orbit of Tehran" and in addition to Hezbollah, there are also Iranian Revolutionary Guards and Shia militias on the ground fighting on the side of Assad. It is therefore no coincidence that Israelʹs most recent airstrikes against Iranian and Hezbollah targets have not been directed at Lebanon, but Syria. Of course, this does not mean that the presence of Hezbollah and its arsenal of missiles in Lebanon ceases to be an important factor for Iran's external impact, but it is by no means the only factor.

The national unity government will probably be retained. And Iran has in recent years diversified its regional outposts in the direction of Syria and Iraq, beyond Lebanon. Both of these points mean, for the strategic balance between pro-Iranian and anti-Iranian forces in the region, that one should not read too much into the Lebanese election results.

Abolhassan Banisadr, who has died aged 88, was a thoughtful, French-educated, Islamic intellectual who accepted the presidency of Iran in 1980 despite his opposition to Ayatollah ... END_OF_DOCUMENT_TOKEN_TO_BE_REPLACED

The streaming festival "Female Voice of Afghanistan" by the Zeitgenössische Oper Berlin gives Afghan female musicians a global platform – at a time when their situation has ... END_OF_DOCUMENT_TOKEN_TO_BE_REPLACED

While Bashar al-Assad is still shunned by the West, which blames him for a decade of brutal war in Syria, a shift is under way in the Middle East, where Arab allies of the United ... END_OF_DOCUMENT_TOKEN_TO_BE_REPLACED

Iranian-German author and filmmaker Siba Shakib was born in Tehran. Her best-selling novels deal with themes of heritage and the past. She speaks to Qantara.de about her new novel ... END_OF_DOCUMENT_TOKEN_TO_BE_REPLACED

How did the Islamic revolutionaries deal with prostitution and sex workers in Iran, and how does the business of sex work in Iran today? Have supply and demand changed four ... END_OF_DOCUMENT_TOKEN_TO_BE_REPLACED

END_OF_DOCUMENT_TOKEN_TO_BE_REPLACED
Social media
and networks
Subscribe to our
newsletter