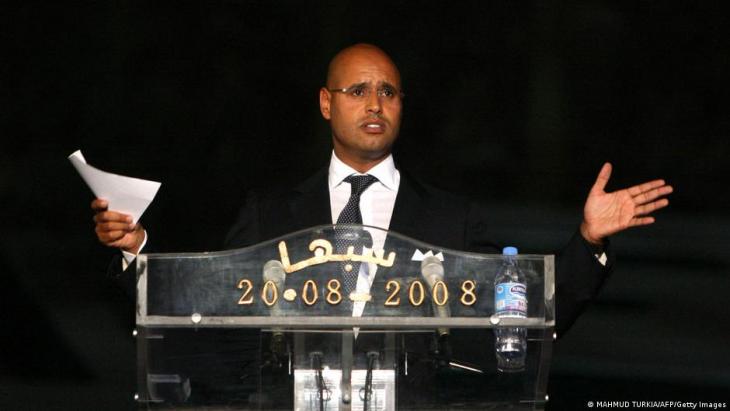 Electioneering in Libya
Could Muammar Gaddafi's family stage a comeback?

The children of Libya's brutal and erratic former dictator Muammar Gaddafi are becoming more popular as the country's elections, scheduled for 24 December, approach. Some fear they could benefit from an increasingly fragmented political scene. By Cathrin Schaer

With the onset of September, the Gaddafi name hit the headlines again. Saadi Gaddafi, the third son of former Libyan dictator, Muammar Gaddafi, had been released from prison. Reports indicated he left the country for Turkey immediately after his release.

Saadi had been held in a prison in Tripoli for seven years, charged with crimes against protesters during the country's 2011 uprising that toppled his father's regime and also of the 2005 murder of a popular Libyan soccer player, Bashir al-Rayani, who had been openly critical of the Gaddafi regime. A court of appeal had already acquitted Saadi, who played football professionally, of the latter in 2018.

According to agency reports, Saadi, 47, was only released at the beginning of September owing to negotiations between senior tribal figures, the country's interim prime minister Abdul Hamid Dbeibah and Fathi Bashagha, a former interior minister, who has a chance of becoming the country's prime minister after elections in late December.

Some locals in the city of Tripoli were sceptical about the motivations of those who had arranged Saadi's release. "In my opinion, all of this is because of political agreements between those people who are close to the presidency," Abdellatif Dakdak, a fuel engineer, told pan-African broadcaster, Africanews. 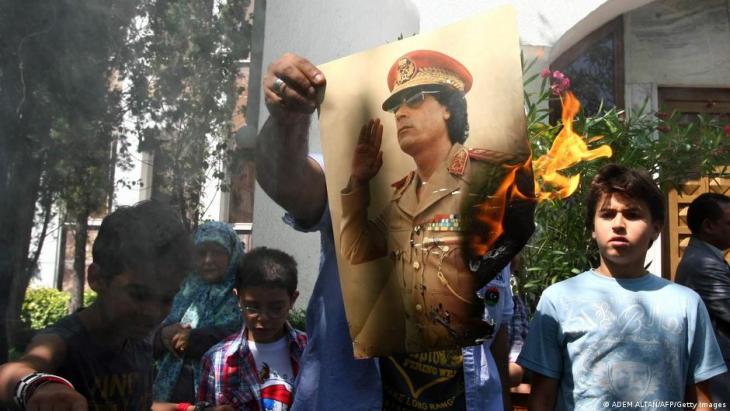 Muammar Gaddafi ruled Libya for over four decades until he was toppled in 2011. Of his seven sons, three were killed during the violent uprising that followed. Afterwards, remaining members of his family — sons Mohammed and Hannibal, daughter Aisha and wife Safia — were granted asylum in Oman. Hannibal, 45, is thought to be in custody in Lebanon after being arrested there in late 2015, on charges relating to the disappearance of a Lebanese cleric in Libya in 1978. Hannibal's wife and children apparently have refugee status in Damascus in neighbouring Syria. But the one to watch out for politically is Saif al-Islam

Long-time Libya observers believe those dubious locals may have a point: as the country's election on 24 December gets closer, the Gaddafi name is likely to become increasingly important. Muammar Gaddafi ruled Libya for over four decades until his regime was brought down by a revolution in 2011. Of his seven sons, three were killed during the violent uprising that followed.

Afterwards, remaining members of his family — sons Mohammed and Hannibal, daughter Aisha and wife Safia — were granted asylum in Oman. Hannibal, 45, is thought to be in custody in Lebanon after being arrested there in late 2015, on charges related to the case of a Lebanese cleric who disappeared in Libya in 1978. Hannibal's wife and children apparently have refugee status in Damascus in neighbouring Syria.

But perhaps the most significant scion of the Gaddafi family today is 49-year-old Saif al-Islam, the only family member who has political ambitions at the moment, sources said.

After the uprising Saif was captured by tribal militias in Zintan, in northwestern Libya. He was released by them in 2017 and is thought to still be living among his former captors. In July, in an interview with the New York Times, the first he had given a Western publication for years, Saif hinted at a presidential bid this year.

It may sound strange to international observers, but there is a genuine chance for the son of Muammar Gaddafi, a ruler renowned for his eccentricity and brutality, to make some kind of political comeback in Libya. Mostly this is due to the increasingly fragmented nature of the Libyan political scene at the moment. 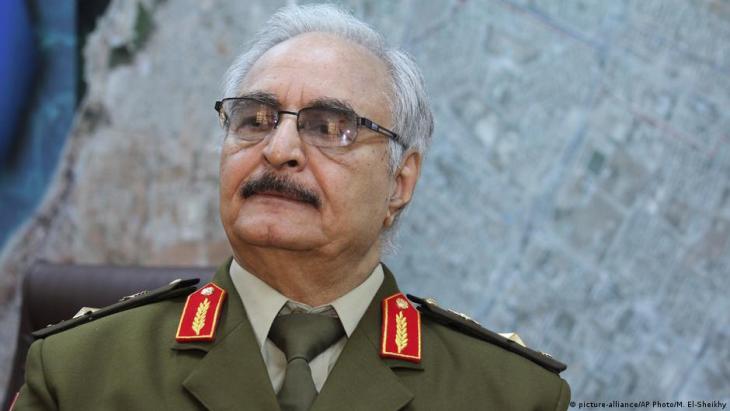 Another candidate likely to stir controversy in the run-up to the elections is Khalifa Haftar: Libya's powerful, east-based commander announced on 22 September that he is suspending his role as leader of a self-styled Libyan army for the next three months – the clearest indication yet that he too is contemplating a run for president in the December elections

In the recent past, the country's various factions were more easily classified. For example, in 2011, they were either pro-revolutionary or pro-Gaddafi. Over the past few years as civil war broke out, they could be split into eastern or western factions, as the two major groups fighting for control of the country had strongholds at either end of the nation. Rebel military commander Khalifa Haftar was based in the east and Fayez al-Sarraj headed an internationally recognised government in the west.

"There is no actor or group that can clearly dominate the Libyan political scene," confirmed Tim Eaton, a senior researcher at Chatham House and the author of a report on the evolution of Libya's war economy. "It has become very complicated and very localised. It's like a game of 3D chess with different leaders and networks trying to forge alliances, or perhaps working on certain things together, but on a limited basis."

For example, as Eaton wrote in a detailed analysis of the Libyan military, Haftar has tried to integrate Gaddafi loyalist officers into his own senior leadership since 2016 "in an attempt to expand his military alliance."

"The Libyan political landscape is really fragmented on a cellular level and incredibly politically fluid," added Mohamed Omar Dorda, one of the co-founders of for-profit consultancy Libya Desk, which has worked with German think tanks, including the Konrad Adenauer and Friedrich Ebert foundations, and is well networked inside the country and with the former regime.

"Traditional alliances are a thing of the past. Now everyone is talking to everyone and people who were arrested back in 2011 and completely sidelined, are starting to look like they could become a go-to alliance," said Dorda.

Dorda believes the negotiations around the recent release of prisoners like Saadi Gaddafi are part of that alliance-building. These political mergers are no longer ideological, he noted, they're purely transactional and about political power. Which is where the Gaddafi family comes back into it. 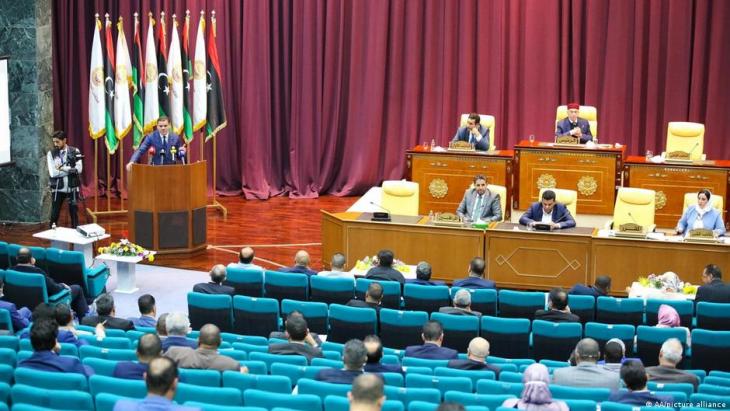 Elections in jeopardy? On 21 September, Libya's lower house passed a vote of no confidence in the unity government installed earlier this year. Prime Minister Abdul Hamid Dbeibah must now adopt a caretaker role until the 24 December elections. The Tripoli-based High Council of State, the parliament's upper house, however, dismissed the vote. Both chambers have also clashed over election legislation passed by the House of Representatives earlier this month, with the High Council challenging the law and producing its own version. The current political infighting is symptomatic of long-standing divisions between Libya's rival factions that have plagued UN-backed efforts to resolve the country's crisis

They are still popular with some Libyans and could make for potential allies too, even for those who previously considered them enemies. "There are people in Libya who would agree that, given the events of the past few years, the country was better off under Gaddafi," Eaton explained.

"Some of these are the same people who would explain the troubles of the past few years as being caused by terrorists or by foreign interference. There are people in Libya who never abandoned the Gaddafis and places right across the country still flying the green flag," he said, referring to the fact that Muammar Gaddafi chose green for the Libyan flag in 1977.  "There is certainly a constituency for Saif," Eaton added.

Dorda argues that Saif "has a good chance of performing well in elections or, if he were not to run and took up a kind of kingmaker role where he supports another candidate, he's all but guaranteed a position of power."

Eaton is a little more sceptical. "Although you need to be careful of the sources, some polling certainly suggests he's the most electable name – and he [Saif] would draw a lot of confidence from that," he conceded.

"But it's difficult to see how he could rise back to prominence," the Chatham House analyst argued. "He can't operate out in the open and is not able to move freely around Libya, nor does he have any armed forces loyal to him. It seems a bit far-fetched to me."

The term "Tuareg" refers to tribes and nomads who speak dialects of Tuareg and live in Targa, an area in south-west Libya recently renamed Wadi Al-Hayat but previously known as ... END_OF_DOCUMENT_TOKEN_TO_BE_REPLACED

The Islamic Republic has been unable to quell the civil unrest that erupted three months ago, after Mahsa Amini died after being detained for violating hijab rules. Now the ... END_OF_DOCUMENT_TOKEN_TO_BE_REPLACED

Cries of "Benghazi!" still resonate across the USA ten years after a deadly terrorist attack in Libya killed the U.S. ambassador and three other Americans. Ethan Chorin re-tells ... END_OF_DOCUMENT_TOKEN_TO_BE_REPLACED

After a two-year hiatus, the Arab League re-convened at the beginning of November in Algiers against a backdrop of uncertainty and discord. By Pierre Boussel END_OF_DOCUMENT_TOKEN_TO_BE_REPLACED

In the run-up to the COP27 global climate summit, hosted by Egypt in November, it is worth noting that little rainfall, aggressive heatwaves and worsening drought make the Middle ... END_OF_DOCUMENT_TOKEN_TO_BE_REPLACED

The southern shores of the Mediterranean Sea are losing sand faster than almost anywhere else. The ecological and economic damage is immense. The good news is, there are ways to ... END_OF_DOCUMENT_TOKEN_TO_BE_REPLACED
Author:
Cathrin Schaer
Date:
Mail:
Send via mail

END_OF_DOCUMENT_TOKEN_TO_BE_REPLACED
Social media
and networks
Subscribe to our
newsletter