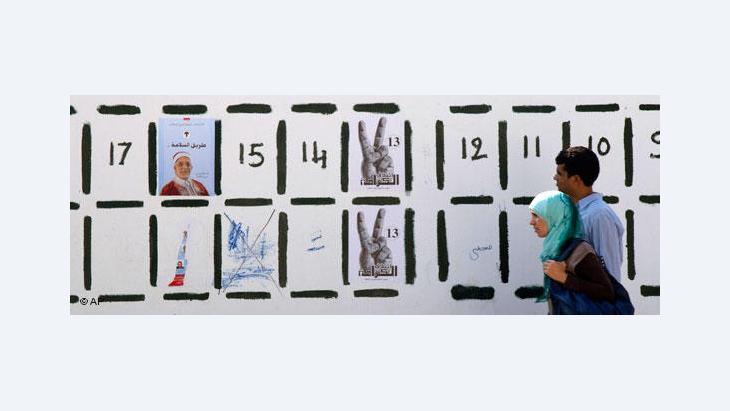 On 23 October, the country that sparked the Arab Spring led the region from revolution to political self-determination. Over 90 percent of eligible Tunisian voters went to the polls to cast their ballots for the new 217-seat Constituent Assembly, a body that is tasked with both writing a new constitution and forming the new interim government.

While the voting process was praised by the international community, the election result – namely the fact that an Islamic political party won a plurality – has disquieted some Western observers. There is concern about the growing strength of Islamic political movements in Tunisia and their impact on domestic issues, such as human and women's rights.

However, the election results have painted a more complex picture and should be examined more closely to truly grasp the trajectory of the country.

Al-Nahda, the long-forbidden, self-proclaimed moderate Islamic political party, was the most well-organised political entity and garnered approximately 40 per cent of the vote. The party did not win enough votes to gain the necessary quorum to maintain full control of the constitutional process or form a government without coalition partners. 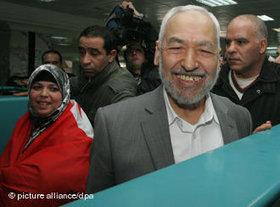 Al-Nahda, the long-forbidden, self-proclaimed moderate Islamic political party, was the most well-organised political entity and garnered approximately 40 per cent of the vote. Pictured: Ennahda's founder and "intellectual leader"

​​Al-Nahda's strong showing was not a surprise, but the weak performance of what many thought would be the largest secular party was. The Progressive Democratic Party (PDP), a long-standing centre-left party, had positioned itself as the alternative to Al-Nahda but captured a mere five per cent of the vote, leaving many wondering whether its underperformance is a sign of a population that long had secularism imposed on them moving toward a more religious identity.

This may not be the case because overall secular parties received about 50 per cent of the vote, leaving the Assembly almost evenly split between secularists and Islamists.

Prospect of a moderate government

Instead, it seems likely that PDP gained limited public support at the polls for two main reasons: it failed to articulate a positive message, and the secular electorate it targeted was fractured among a number of parties. The PDP's platform focused mainly on opposing Islamic forces and did not put forward a strong agenda.

For instance, in the run-up to the election, it repeatedly alleged the existence of a more radical agenda behind Al-Nahda's moderate stances. In addition, the PDP suffered when the Modernist Democratic Pole (PDM), a coalition of leftist groups, more forcefully articulated a secular message opposing Al-Nahda.

With the elections over, Al-Nahda has expressed a willingness to form a national unity government. There are strong indications that both Ettakatol, a centre-left secular party that garnered a significant share of the votes, and the Congress for the Republic (CPR), which came in second with 17 per cent, will join the coalition, ensuring a moderate government.

These results have made clear to the Assembly that Tunisian people feel that the role of human rights in the constitution cannot be ignored regardless of religious leaning.

While many in the West might seek an alternative possibility for a coalition government, with CPR and Ettakatol joining the opposition along with PDP, this is highly unlikely and would not resonate well with the Tunisian street. Because the Constituent Assembly is perceived as the custodian of the new constitution, there is widespread sentiment among Tunisians that there should not be one dominant voice, but rather a broad representation of views. 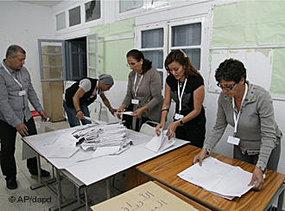 Given that the elections in Tunisia have produced a polity evenly split between secular and moderate Islamic parties, causing a natural check in the system, this should be enough to mollify the fearful, write Aida Rehouma and Rabab Fayad

​​Given that the elections in Tunisia have produced a polity evenly split between secular and moderate Islamic parties, causing a natural check in the system, this should be enough to mollify the fearful.

Despite some potential issues surrounding the internal divide between Islamists and secularists, so far Tunisia has taken the right steps in the right direction. As with the revolution, its political transformation will serve as a litmus test for the region and early successes or failures in the new democratic process will serve as indicators to both Egypt and Libya.

The international community is best positioned to steer the success of Tunisian democracy and human rights by continuing to focus efforts on moving the country forward in terms of economic development and leaving Tunisians to sort out their internal political identity.

Aida Rehouma is a Tunis-based political analyst and Rabab Fayad is a foreign relations analyst in Geneva. This article was written for the Common Ground News Service (CGNews).

The country's national election on 8 September will likely bring new government. But neither experts nor locals expect it to bring long-promised change, writes Cathrin Schaer END_OF_DOCUMENT_TOKEN_TO_BE_REPLACED

The coronavirus pandemic has turned lives upside down all over the world. In the Middle Ages, however, people lived with epidemics all the time. The best and most famous ... END_OF_DOCUMENT_TOKEN_TO_BE_REPLACED

A bird's eye view of eight hundred years of history: Brian A. Catlos tells the story of Al-Andalus in the style of a streaming series and deconstructs the myths of the Reconquista ... END_OF_DOCUMENT_TOKEN_TO_BE_REPLACED

In his new book, "Tangier/Gibraltar- A Tale of one city: An Ethnography", Dieter Haller looks at how shared experiences and practices have created a unique relationship and a ... END_OF_DOCUMENT_TOKEN_TO_BE_REPLACED

While Europe and North America experience something like a return to normality with relatively high vaccination provision and take-up rates, the rest of the world is struggling to ... END_OF_DOCUMENT_TOKEN_TO_BE_REPLACED

Algerian scholar Said Djabelkhir rejects the charge of "offending Islam". In interview with Ismail Assam, he maintains that he has been wilfully misconstrued. At the same time, he ... END_OF_DOCUMENT_TOKEN_TO_BE_REPLACED
Author:
Aida Rehouma und Rabab Fayad
Date:
Mail:
Send via mail

END_OF_DOCUMENT_TOKEN_TO_BE_REPLACED
Social media
and networks
Subscribe to our
newsletter