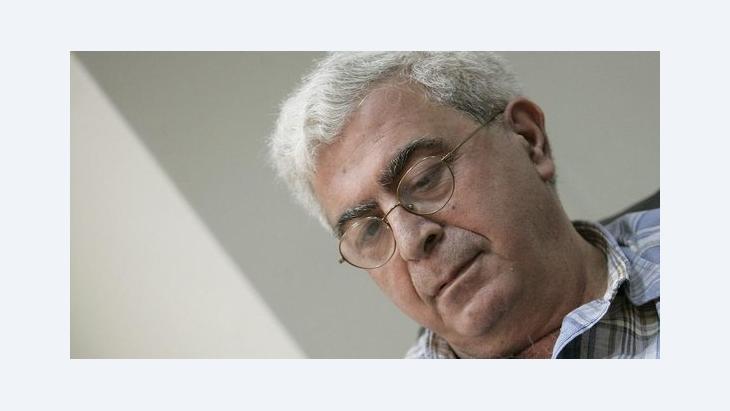 The Word and the War

﻿More than twenty years after the end of Lebanon's civil war, the conflicting parties can still not agree on a single narrative of events. With "Yalo", Elias Khoury has written a magnificent novel on the Lebanese struggles for history. By Sonja Hegasy

The modern Lebanese novel is often described as a product of the country's civil war, which lasted from 1975 until 1990. The Lebanese state still refuses to deal with the historical reality of the war or to allow any kind of commemoration of it, and perhaps that's one reason for the abiding interest which artists, writers and directors continue to have in the topic.

It's estimated that between 150,000 and 230,000 people died in the conflict, and that a further 115,000 were injured. A fifth of the population were forced from their homes and large areas of Beirut were destroyed.

Officially, the war came to an end with a national reconciliation agreement signed in Ta'if – following the agreement, an amnesty was issued for all political crimes carried out before 1991, so that the "civil war chapter" could be finally closed. 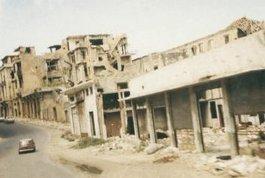 "Beirut – capital of amnesia" as Khoury calls it: Lebanon continues to be reluctant to deal with the civil war and its bloody history

​​A few individual cases were exempted from the amnesty, as were crimes against foreign diplomats. Only one militia leader, Samir Geagea, was ever brought to trial and found guilty for crimes carried out during the civil war. Geagea left prison in 2005.

Elias Khoury's story takes place in 1993. It shows how the war led to a shift in the country's social norms. The novel's eponymous Syriac Orthodox Christian hero is Yalo, who just doesn't understand why he should be punished for a couple of rapes and bit of theft, while all around him, men and women are being raped and murdered in their thousands.

The logic of violence

So how can it be that he disappears into the cellar of a police station and is tortured, while his marauding pals from the militia get off scot-free? How can it be illegal to deal in weapons? Yalo can't understand the logic.

It takes him some time before he can bring his actions into some kind of relationship with normal social behaviour, before he can even bring the rapes he committed back into his memory and recognise that violence might have been involved somehow. It's only when he has to write things down that he is forced to confront these issues.

Khoury tells the story from Yalo's point of view as a thoroughly convincing tale involving his childhood, his schooldays, his joining the mercenaries, his flight to France and his return to Lebanon. At the same time, the book makes it clear that Yalo's environment sees "the events" differently from the way he does. Yalo often totally fails to recognise what is going on in reality. And the things he wants to keep secret keep forcing themselves out in spite of himself. 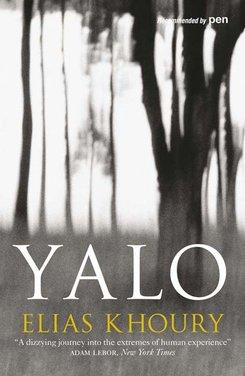 Hegasy writes, "Khoury's art in telling Yalo's story is magnificent. The word and the war – these are the two central terms to which the author repeatedly loops back"

​​So is Yalo just a shy, lanky lad who in peacetime would have just produced beautiful inlay work? Or is he the child of a forbidden relationship, whose past has been withheld from him, and who takes war as his teacher? No-one can be sure in this novel, and possible truths aren't even turned into their opposite – whenever the reader thinks he knows the truth about a story, the facts simply disappear.

Yalo's memories tell a different story from that told by those around him. While his schoolmates remember the abuse they suffered at the hands of their head teacher, Yalo defends him, even though he was his special favourite: "His view was that it had never gone beyond an innocent touch." Only slowly do Yalo's memories creep back when, in prison, he's forced to write down his life story.

Every time he writes, the story takes on a new surprising turn. Sometimes writing makes him want to die, sometimes he's satisfied with what he's found out: "I assure you, honoured Sir, that I have become another person. I know my history: I've written it down with my own hand. I'm prepared to write it down again if you wish."

Yalo believes that his report to the "honoured police commanders" will lead to his release from prison. An amnesty in exchange for the admission of guilt: it's a private Truth Commission that he holds in the cellar, down there among the blood and faeces.

Khoury's art in telling Yalo's story is magnificent. The word and the war – these are the two central terms to which the author repeatedly loops back. The reader has to learn that whatever seems certain will spin off into the uncertainty of fiction, daydream, wishful thinking and downright lies.

Memories only come about in the context of social interaction. What and how one remembers is dependent on what situation one is in and who is sitting opposite: memories change hour by hour – that's what we learn from Yalo. 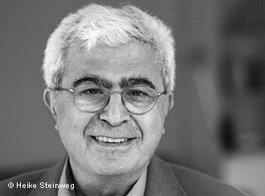 Writing against amnesty and amnesia: Elias Khoury, born 1948 in Beirut, is one of the most important intellectuals in the Arab world

​​There is no collective memory in the sense of a memory held by a whole group of people, but history has to be publicly negotiable if it is to help in the development of shared assumptions in a society – assumptions which also have to be adaptable. Lebanon's recent history is still not a part of the school curriculum, even though the Ta'if agreement said it should be.

Historians worked for three years to draw up a curriculum which would be binding on all schools. The book was printed, but never distributed. Twenty years later, every school still decides for itself which history books to use. The issue became controversial once more in March 2012.

The parties to the civil war can still not agree on a narrative. Even young people who were still children at the end of the war insist on their sectarian version of events.

Sami Gemayel, born in 1980 and grandson of the founder of the Christian Phalange, is calling for "educational disobedience", should the education ministry try to push through a binding version of history. So it will remain the task of artists like Elias Khoury to write against amnesty and amnesia.

"Yalo" has also been published in English by Quercus, translated by Humphrey Davies.

Home
Print
Newsletter
More on this topic
Elias Khoury on the Arab Spring: At a CrossroadsInterview with Fawwaz Traboulsi: A Collective History for LebanonHistory of the Lebanese Civil War: Coming to Blows over a School Textbook
Related Topics
Arabic language, Arabic literature, Book reviews, Elias Khoury, Literature, Translation
All Topics

They’ve already got the Louvre; they’ll soon have a Guggenheim Museum as well – and now the Emirates have added literature to their quest for cultural supremacy in the Arab world ... END_OF_DOCUMENT_TOKEN_TO_BE_REPLACED

The rollout of coronavirus vaccines in the Middle East and North Africa is already taking place on a massive scale, with the United Arab Emirates leading the way. Nevertheless, ... END_OF_DOCUMENT_TOKEN_TO_BE_REPLACED

A childhood and youth in Beirut, a life lived between Lebanon, Switzerland and Germany, and a unique voice in Arabic-language literature: "Beirut für wilde Mädchen" sees Lebanese ... END_OF_DOCUMENT_TOKEN_TO_BE_REPLACED

Surging coronavirus cases in many parts of the world have overshadowed the start of this year's Muslim holy month of Ramadan, with festivities once again curtailed by contagion ... END_OF_DOCUMENT_TOKEN_TO_BE_REPLACED

German Middle East analyst Guido Steinberg and television journalist Ulrich Tilgner have both published new books on the conflicts in the Middle East. Their analyses and their ... END_OF_DOCUMENT_TOKEN_TO_BE_REPLACED
Author:
Sonja Hegasy
Date:
Mail:
Send via mail

END_OF_DOCUMENT_TOKEN_TO_BE_REPLACED
Social media
and networks
Subscribe to our
newsletter