Elif Shafak: "The Bastard of Istanbul"
A Reproach for the Historical Amnesia

With her new novel "The Bastard of Istanbul," Elif Shafak has dared to broach a topic that is still an absolute taboo in Turkey: the processing of the so-called genocide of Armenians in 1915. By Claudia Kramatschek 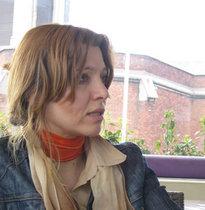 In her second novel written in English, Elif Shafak delivers a clear reproach for the historical amnesia that she believes Turkey suffers from

​​The current power struggle in Turkey between laicist secularism and a growing nationalism shows that the country is standing at a crossroads. The possibility of EU accession; freedom of religion and speech; the infamous paragraph 301 that allows prosecution for "insulting Turkishness"; religiously and politically motivated murder threats and even murders such as the recently murdered journalist Hrant Dink – all these are explosive as well as conflicting pieces of a puzzle for those who wish to get a picture of who or what Turkey really is.

One thing is certain: It is practically impossible right now for intellectuals and writers to 'only' write. Those who write inevitably take a political position, at times against their own will.

This was shown to be the case not only with Orhan Pamuk, but also for Elif Shafak. With her novel "The Bastard of Istanbul," she has dared to broach a topic that is still an absolute taboo in Turkey: the processing of the so-called genocide of Armenians in 1915.

No past, no future

Hrant Dink, for instance, died because of this subject. In other words, it's a highly controversial issue that Elif Shafak is touching here, to say the least. Most likely this is why she has packaged it in such a sweeping, but intricate Armenian-Turkish family story that takes place between America and Istanbul with – but only at first glance – a definite touch of comedy.

On the one hand, there is Armanoush, whose Armenian father and American mother are divorced. Since the divorce she has lived not only between two families, but also between two cultures.

As if this is not enough, she now has a stepfather: the Turk Mustafa. And then Armanoush decides she must go to Istanbul. She senses that without knowing her Armenian past, she will have no future.

In Istanbul she is warmly welcomed by the family of her stepfather, who himself has not visited in 20 years. In nineteen-year-old Asya, Mustafa's illegitimate niece, she meets her psychological mirror image, for Asya doesn't know who her father is either – since her childhood she has lived in an eccentric household of women consisting of her mother, her three sisters, and her grandmother.

These two young women bond and quickly grow close in their search for who and what they are. And the story ends, for I will reveal no more here, in an utterly amazing way – for the reader as well.

A question of remembering and forgetting

Those who read the novel, however – bearing in mind the charged situation in Turkey that has existed for some time now – will not really be surprised to hear that Shafak was prosecuted in 2006 for writing the novel.

For in the novel fall – even if from the mouth of a fictional character – very clear words: When Armanoush tells her Turkish relatives about the fate of her family, what she says is as much about "genocide" as about "Turkish slayers."

​​Yet, despite such provocation, the Armenian question is not the main focus of the novel. Instead Shafak uses this subject to address the broader question of remembering and forgetting: in other words, the question of what the current and thus future identity of the Turkish nation feeds on.

And here she delivers a clear reproach for the historical amnesia that she believes Turkey suffers from, for like that of Armanoush's relatives, the collective memory of the state first begins with the founding of the country in 1923.

Everything before that, according to Shafak, has either been obliterated from memory or – like the Ottoman Empire – is too strongly idealized. Those, however, who do not know their past or deny it – and exactly this is what all the characters in this novel suffer from – they have lost the future.

Shafak, who was born in 1971 in Strasbourg and grew up between Madrid and Ankara, has invented her own language for this so very topical as well as everyday political subject. "The Bastard of Istanbul" – written, incidentally, in American English – reads just as contemporary American as Oriental.

The dialogues are fast-paced and quick-witted, and filled with modern slang. But Shafak loves the big gestures of opulence and meandering narrative. This combination is deliberate – and characteristic of this author, who has not only lived many years in America and taught there.

Against the cultural concept Turkish nationalists

Shafak also belongs to the generation of authors who are deliberately working against the narrow cultural concept of a nationalist Turkey and who prefer to draw from the multiethnic legacy of the Ottomans. Shafak therefore repeatedly uses words and motifs from Persian and Arabic – out of protest against the purified language in Turkey.

There are many affronts in this novel – not least of all, incidentally, the ironical sideswipe at patriarchy. The most amazing thing, however, is that despite the critical tone and the legal prosecution, the novel has also advanced to become a bestseller in Turkey.

More than 120,000 copies have been sold so far. This lets us hope – and infer – that the country is much more complex than what the West is currently seeing and hearing.

Translated from the German from Nancy Joyce

Elif Shafak
Exile as a Metaphysical Problem
In Turkey, Elif Shafak had already won every notable literature prize but her work is hardly known outside her native country. This may change with her new novel, "The Saint of Incipient Insanities". Manuel Gogos has read it

END_OF_DOCUMENT_TOKEN_TO_BE_REPLACED
Social media
and networks
Subscribe to our
newsletter