There Is No Clash of Civilizations

There Is No Clash of Civilizations between Europe and Turkey; rather there is a clash of opinions within Turkey itself, crystallized in a collision between those who are state-oriented and those who are civil-society-oriented, writes Elif Shafak 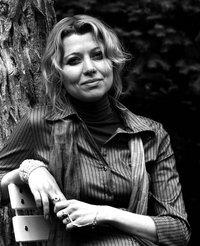 ​​"Did you ever see an eagle fly with a crow?" asked the leading character in a story titled Primo: The Turkish Lad, written by the early 20th century author Ömer Seyfettin. "You cannot! After all, every bird flies with and within its own flock."

Ömer Seyfettin. The purification of the Turkish language and the fabrication of a Turkish national identity being his primary goals, Seyfettin wrote extensively on the issue of minorities. Seeing nationality as a matter of flocks, he firmly believed that cosmopolitanism was the worst thing that could happen to Turkey. In his ideal world, Turks had to live with Turks, and if you happened to be a non-Turk, you better lived elsewhere.

That is why his story ended with the "expulsion" of the non-Turkish (in this case Greek) servants in the house and their subsequent replacement by Turkish servants.

The house was a metaphor. It was the microcosm of what was going on at a larger scale. Seyfettin and his fellowmen wanted to expel non-Turks first from the house, then from the neighborhood, then the city, and then the country at large. Seyfettin died in 1920, before the Turkish Republic was proclaimed. Yet his ghost haunts us even to this day.

Long before Ömer Seyfettin was born, a poet and mystic lived in 13th century Anatolia. His name was Celaleddin Rumi. "What can I do, Muslims? I do not know myself," he said. "I am neither Christian nor Jew, neither Magian nor Muslim…" What difference does your religion or nationality make anyway, as long as you sought the truth and remained faithful to it.

Significantly, Rumi too was interested in the metaphor of birds, albeit in a completely different way. More than birds that flew with their flocks, it was those who failed to do so that he identified with. He liked lame birds.

In one of the many stories in his Mathnawi, a sage sees a crow and stork flying and feeding together. Surprised he takes a closer look and only then realizes that both are lame birds that have been somehow unable to fly with their flocks and thereby chosen to fly together – the solidarity of outcasts.

The legacy Jalaladdin Rumi left behind runs deep in Turkish society even after the abolishment of the tariqas, the Sufi centers of learning, by the Kemalist reformist elite who were determined to modernize the society from above.

Both the nationalist and exclusivist voice of Seyfettin, and the embracing and mixed, if not cosmopolitan, voice of Rumi have supporters in Turkey. The Turkish civil society is far more heterogeneous than it is often portrayed in Western media.

There is no clash of civilizations between Turkey and EU, or between the East and the West. There is a clash of opinions within each and every country.

On the one hand are the ones who believe that they are in no need of, if not better than, others. They want to live with and within people who are just like them – people with the same religion, the same genealogy, and the same prospects. They have little faith in "foreigners".

On the other hand are the ones who believe that we are all dependent on one another, financially, culturally and socially, there can be no nationalisms but only a constant give and take.

Among the former are the religious conservatives and nationalists. Among the latter are the cosmopolitans and libertarians. The clash is not between nations but within nations.

Dedication to the state machinery

A similar clash is going on in Turkey – albeit with a difference. Herein the clash is crystallized in a collision between those who are state-oriented and those who are civil-society oriented.

The dedication to the state machinery is a pattern that runs deep in Turkey. It can form crooked alliances between army officials, conservative bureaucrats, fiery diplomats, ultranationalist Gray Wolves, ultra leftists, Kemalists, and some Islamists.

In the past the three subsequent military takeovers, as well as various illegal acts by the nationalist paramilitia have all been legitimized in the name of "protecting the state interests".

The civil-society-oriented are those who favor diminishing the role of the army, the state machinery and augmenting the cosmopolitan, multicultural, multiethnic structure of Turkey's history and future.

Commentary Zafer Senocak
National Opening, or Nationalist Rigidity: Whither Turkey Now?
Turkey must come to terms with its past – including the Armenien genocide, writes Zafer Senocak. Because a nation that represses its history is not in a position to develop future, he argues

Bekim Agai
Islam and Kemalism in Turkey
How do Islamists and Kemalists in Turkey today deal with the laicistic inheritance of the state's founder Kemal Ataturk? And what are the ideal forms of state and society which lie behind their positions? An analysis by
Bekim Agai

Elif Shafak
Exile as a Metaphysical Problem
In Turkey, Elif Shafak had already won every notable literature prize but her work is hardly known outside her native country. This may change with her new novel, "The Saint of Incipient Insanities". Manuel Gogos has read it