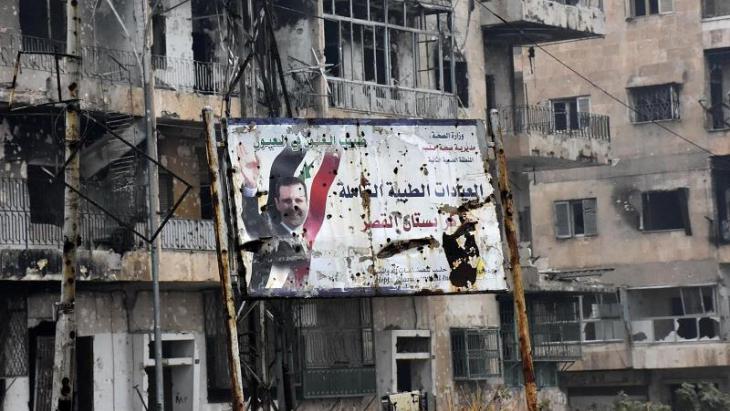 For a different Syria

Assad is still in power. But he has nevertheless lost it – to Iran, Russia, Syrian militia leaders and war profiteers. What Germany should now do for the Syrians. By Kristin Helberg

After six-and-a-half years of conflict, it appears as though ruler Bashar al-Assad has succeeded in doing something that no despot has so far managed to do: despite hundreds of thousands of deaths and 12 million displaced people, he can continue to rule just as before – with arbitrary acts by the state, the deployment of illegal chemical weapons and the systematic mass elimination of civilians in regime detention centres. But does this mean he has won the war? Will the Syrian conflict soon be over? And can those Syrians who have fled then finally return home?

Assad is dependent on people who only use Syria for personal enrichment and to increase their power. What appears on the surface to be stability – because no bombs are falling, the rubble is being cleared from the streets and traders have reopened their shops – is in reality a peace of the grave. The people may be safe from air attacks, but not from the influence of the militias and intelligence agencies, not from the arrest and elimination machinery of the regime and not from expropriation.

A Syria under Assad will continue to be centralist, totalitarian and characterised by despotism, whereby the problems of clientelism and nepotism have been further exacerbated by the war economy and foreign influence. The circumstances that spawned the rebellion are therefore still present and have to some extent worsened. What Syrian society really needs – stability without fear, reconciliation, codetermination, justice and equal opportunities – is inconceivable with Assad and the guarantors of his power. 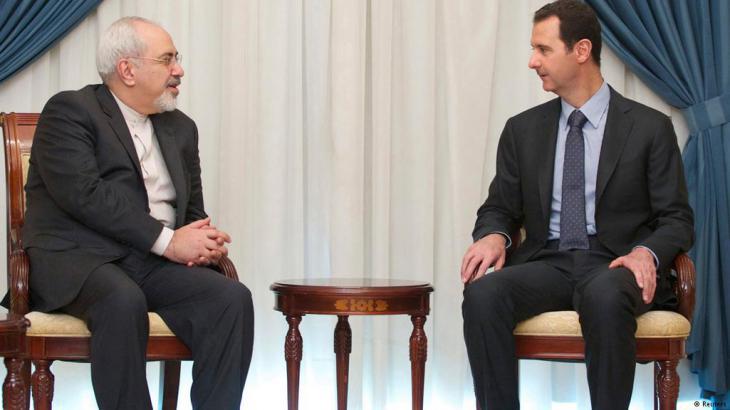 Shia axis – Tehran, Baghdad, Damascus: with its military and political presence, not to mention its economic and social involvement, Iran has attained hegemonic status in the Levant – to the annoyance of Saudi Arabia and the increasing concern of Israel

The conflict in Syria is therefore not reaching its end, but entering a new phase. Any Syrian refugee leading a bearable existence in a safe place is not going to return for the time being. If the return of Syrian refugees is to be a declared interest of Germany, the government must stand up for a different Syria. Five things would be helpful in this endeavour.

Firstly, end the German military intervention. Even if this is part of the fight against IS terror – German Tornados help with the bombardment of civilians and not with their protection. Any nation not placing itself in the service of the civilian population has no business in the air space of a foreign country. It would be better for Germany to spend the half-a-million Euros that its Tornado mission is costing every day on aid for Syrians displaced to neighbouring countries.

Secondly, no normalisation of relations with the Assad regime, no opening of diplomatic representations, no intelligence agency cooperation. Assad's secret services have been using jihadist networks for many years to consolidate their own power and are therefore not trustworthy.

Thirdly, no reconstruction with Damascus. Assad's reconstruction serves neither the economic restoration of Syria nor its social reparation, but is rather an opportunity for self-enrichment, to reward supporters, punish opponents and cement demographic changes. 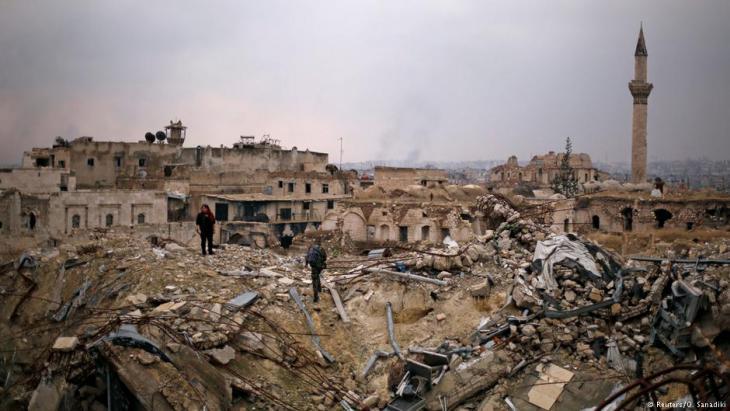 A country in ruins: Bashar al-Assad will need the combined investment of Syria′s businessmen to tackle the horrendously expensive task of rebuilding the land (200-350 billion U.S. dollars). At the same time, the pro-Assad Syrian investors who have profiteered from the war wll be wanting to cash their dividends. Their aim will be to dominate the reconstruction process, siphoning off the lion′s share of foreign aid, once the latter begins to flow

With the help of a new decree (No. 66), major housing projects are being agreed, former owners are being de facto expropriated and Syrians who have fled abroad are being passed over so that supporters of the regime can be housed in particular regions. This is why Assad has publicly welcomed a "healthier and more homogenous" society. Without the prospect of a political transition, only small, local and direct reconstruction measures should be financed in cooperation with civilian structures in appropriate opposition areas.

Fourthly, Berlin should adopt a leading role in the legal prosecution of the crimes of the Assad regime and equip the Federal Public Prosecutor for the task with more personnel in the international criminal law division. Owing to the universal jurisdiction principle, Germany can try war crimes committed in Syria in German courts. The evidence is overwhelming. The first charges, investigations and witness interviews should result in international arrest warrants against high-ranking representatives of the regime as soon as possible. Because there can be no peace without justice. And without justice, no return for refugees.

Fifthly, more aid for Syrian civil society, even if this has barely any room for manoeuver within the country itself. Many activists have fled abroad, where they can be supported, educated and prepared for a future role in a democratic Syria.

What Syria needs right now is a clear stance. Because the nation will find no peace with this regime, we should at least move to make it illegal. This is not about Assad the person, but the system behind him. Only when the security apparatus has been disempowered and those primarily responsible for the crimes have been charged, will Syrians draw hope and return. Until then, we should promote their integration in Germany by enabling them to bring their families over to join them. After all, much of what they experience here could be useful in a post-Assad Syria.

The Hanau terror attack showed just how dangerous racist conspiracy theories can be. And yet it is a threat that continues to be underestimated. Commentary by Daniel Bax END_OF_DOCUMENT_TOKEN_TO_BE_REPLACED

How can we truly appreciate the richness of cultures not our own? In her recent book "What is Islamic art? Between religion and perception", art historian Wendy Shaw explains the ... END_OF_DOCUMENT_TOKEN_TO_BE_REPLACED

In his controversial book published in 2020, French author Pascal Bruckner describes anti-Muslim sentiment as a fiction, claiming that the term "Islamophobia" is being used to ... END_OF_DOCUMENT_TOKEN_TO_BE_REPLACED

Islam scholar and social anthropologist Marie-Christine Heinze is head of an academic exchange project with the University of Sanaa on "Post-conflict Reconstruction in Yemen". In ... END_OF_DOCUMENT_TOKEN_TO_BE_REPLACED

Several media reports in recent weeks have focused on the potential threat presented by Islamist groups in Germany. The discourse is fraught with generalisations, both sides ... END_OF_DOCUMENT_TOKEN_TO_BE_REPLACED
Author:
Kristin Helberg
Date:
Mail:
Send via mail

END_OF_DOCUMENT_TOKEN_TO_BE_REPLACED
Social media
and networks
Subscribe to our
newsletter