Energy crisis feared by Europe long a reality in Iraq 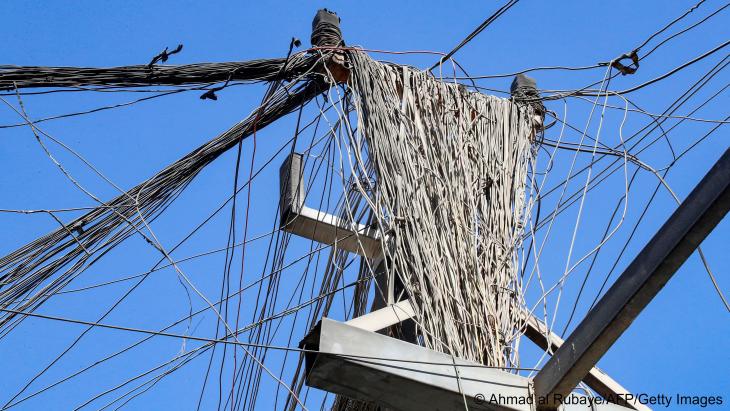 Europe may fear an energy crisis over the coming winter, but for Iraqis an unstable power supply and frequent blackouts have been a reality during decades of war and turmoil.

The Middle Eastern country is rich in oil, but endemic corruption and devastating conflict have taken a heavy toll on its infrastructure and forced most of its 42 million people to adapt. The noise of privately owned generators can be heard all over the country as households and businesses try to make up for supply shortfalls from the national electricity company.

Ensuring a stable power supply, he said, requires resourcefulness and money when the national grid can go down for four to 10 hours a day in peak summer consumption, according to electricity ministry data. Generators "provide the electricity we need for the television, fridge, air cooler", said the 62-year-old former accountant. He pays $50 a month in generator subscription fees – but even that isn't always enough to keep a whole house running.

"A client may have to turn the fridge off to keep the air conditioner on," explained Khaled al-Shablawi, who has worked for a generator service for 13 years.

Soaring energy prices fuelled by Russia's war in Ukraine have forced a new reality upon European nations, where people are asked to limit the electricity they use for heating, lighting and cooking. Some cities keep street lights on for shorter lengths of time, and in Paris, the lights illuminating the Eiffel Tower are switched off an hour earlier now to save energy.

But to Jabr, such a step "is normal".

"When there's a technical problem, the whole area could be left without power for a day or two before they fix it," he said.

Jabr recalled how immediately after the 2003 U.S.-led invasion that toppled long-time dictator Saddam Hussein, "houses were plunged into darkness" after fighting destroyed infrastructure. "There was very little electricity, only two or three hours" a day, he said. "People had their own generators. They would buy fuel and it would last a day or two."

In Iraq's long summer months, when temperatures can peak around 50 degrees Celsius and air-conditioner use surges, overloaded generator providers hike up prices. Some regions were deprived of power altogether in the summer of 2021, triggering sporadic street protests by frustrated residents.

Despite its oil wealth, the country relies heavily on energy supply from neighbouring Iran. With its mighty Tigris and Euphrates rivers, Iraq has some hydro-electric power but no nuclear plants, and is just beginning to explore renewable energy options such as solar panels.

To secure stable nationwide power supply, however, 32,000 megawatts would be needed daily, he said.

For now, the national grid provides most regions with 14-20 hours of electricity a day in summer, Moussa added. In one Sadr City avenue, private generators line the street, each feeding electricity to some 300 homes and a similar number of shops.

Ali al-Aaraji, who owns a private college for around 300 students, decried "astronomical" generator costs, which he estimated at $600 a month. "Electricity is a constant problem for Iraqis," said Aaraji, 58, pinning the blame on "the American occupation" of years past.

"Iraqis have managed to put up with the situation for three decades," he added, questioning how Europe would cope with its looming power problem.

"Energy is the source of economic prosperity," Aaraji said. "Europe is now destabilised. It's going to impact their economy, industry and commerce. They'll go backwards."    (AFP)

END_OF_DOCUMENT_TOKEN_TO_BE_REPLACED
Social media
and networks
Subscribe to our
newsletter