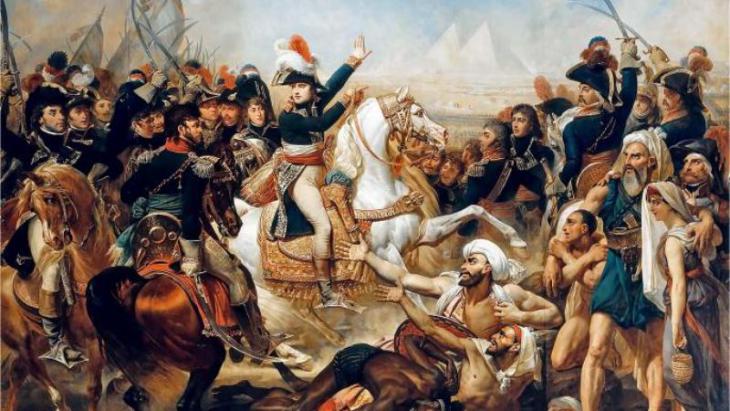 Enlightenment in the Islamic world
Refuting the 'westernisation' narrative

In his latest work, essayist and seasoned correspondent Christopher de Bellaigue presents the Islamic world in the 19th century in a new light. His main thrust? The Islamic Middle East did indeed experience its own genuine Enlightenment. By Arnold Hottinger

With ″The Islamic Enlightenment: The Modern Struggle between Faith and Reason″, Christopher de Bellaigue has written a book in which he aims to show that there was, in fact, an Enlightenment in the Islamic world. Much has been written about the ″reform movements″ that started in the three hubs of Islamic culture – Cairo, Istanbul and Tehran – in the early 19th century, movements that saw them motivated to ″learn″ from their neighbouring European cultures in order to survive the increasing pressure from said neighbours. But de Bellaigue gives us a new perspective on the period.

Until now, this "reform" has been described from the viewpoint of those who regarded themselves as the originators and owners of what the Enlightenment achieved. They described how those other cultures learned from our own. From their viewpoint, the learning process was always an honourable effort, but incomplete; THEY could never become like US, although they tried very hard to learn from us. They registered what was ″nearly″ but never quite achieved, the ″progress″ of pupils who forever remained our pupils and imitators.

From the standpoint of the achievers

De Bellaigue manages to view the development from the standpoint of those who set it in motion. He first looks at what coming into contact with this foreign culture meant to Arabs, Turks and Iranians in the 19th century, emphasising just how strongly what had been foreign became, as years passed, a new native lifestyle. 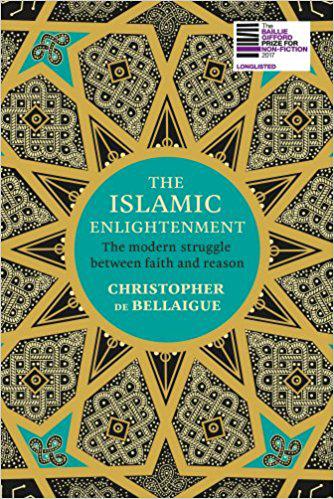 "Thanks to an unparalleled ability to empathise, de Bellaigue is able to see events through the eyes of the protagonists who bring the Enlightenment to their previously traditional societies, rather than those of the Europeans or other inhabitants of ″the West″ who speak dismissively or disapprovingly of ′westernisation′,″ writes Hottinger

His essential argument is that the Islamic Middle East went through a genuine Enlightenment. Of course, the European models existed and were applied. But he places the emphasis on the work of adopting them – on what was achieved by those Middle Eastern figures bringing enlightenment to their societies – rather than labouring the point that the adoption of foreign elements into a neighbouring culture was necessarily incomplete, compared to that which existed in Europe.

Muslim proponents of the new culture

Ultimately, the task was to enlighten their own society, not to liquidate it in favour of foreign models. The famous names of those early pioneers dispatched to Paris and London in order to learn also appear in de Bellaigue′s book. But he gives us more details about their lives and the effect they had on their own societies, bringing them into focus as people.

Previously, Middle Eastern bringers of enlightenment such as the Egyptian Rifaat at-Tahtawi (1801–1873), the Iranian Mirza Saleh (c. 1790–1840), who visited and described Great Britain, the Turk Ibrahim Sinasi (pronounced ″Shinasi″, 1825–1871), who played a crucial role in introducing modern Turkish as a language of the vernacular and also published the first significant Turkish newspaper, have been seen and depicted as mere vehicles for cultural transfer.

The same thing happened to many of the other people who are portrayed anew by de Bellaigue. This new account shines a spotlight on them as active proponents of the new culture, helping in the process to reform their own.

The author emphasises the fact that in reality, the people who effected this great transformation of traditional Islamic societies were members of these societies. The focus shifts from ″They became almost like us,″ to ″They took our values and managed to incorporate them into their own societies, changing these societies radically and permanently.″

Even today, the European eye that looks at its neighbouring culture still sees the differences: ″But this thing and that is completely different to how it is here, despite all their efforts to learn from us and adopt our ways.″ The native eye sees how times change, how its own culture has been completely changed by the efforts undertaken by its own people: ″Nothing is the same as it used to be!″

Home
Print
Newsletter
More on this topic
Islam and enlightenment: Beware of the myth Interview with Angelika Neuwirth: "The claim that Islam lacks an Enlightenment is an age-old cliche"Volker Perthes: "The end of the Middle East, as we know it": The end of Sykes-Picot?
Related Topics
Book reviews, Colonialism, Enlightenment, History of Islam, History of the Near and Middle East, Islam and the West, Islamism | Political Islam, Muslim Brotherhood, Secularism in the Islamic world
All Topics

Welcome to the world of Al Qasar, where Arabic music collides head-on with punk and psychedelic to create something powerful and beautiful. "Who Are We" is a raucous, subversive ... END_OF_DOCUMENT_TOKEN_TO_BE_REPLACED

Egyptian authorities have Mada Masr in their sights once again after critical reporting. But the editor of the country's last independent news source is adamant they will continue ... END_OF_DOCUMENT_TOKEN_TO_BE_REPLACED

Like Christianity, Europe's history is one of migration. Both have strong roots in the Orient and in cultures thousands of years old. Cultural historian Bernhard Braun invites us ... END_OF_DOCUMENT_TOKEN_TO_BE_REPLACED

When she ascended the throne, millions of Muslims still lived under British rule. Later, Elizabeth II appealed for tolerance in a multi-religious society. She was the first ... END_OF_DOCUMENT_TOKEN_TO_BE_REPLACED

END_OF_DOCUMENT_TOKEN_TO_BE_REPLACED
Social media
and networks
Subscribe to our
newsletter