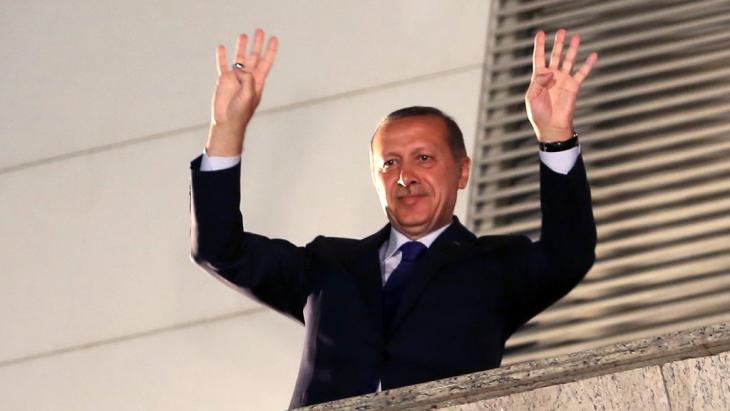 Erdogan and the Turkish presidential election

His toughest challenge yet?

Following the ruling AKP's success in March's local elections, attention is now focused on Turkey's presidential election in August. Prime Minister Recep Tayyip Erdogan is widely expected to stand. Dorian Jones considers what this would mean for the Turkish political system and for the country

"The prime minister feels that he won, feels he was whitewashed of all the corruption allegations. So he feels free to go for the presidency and change the regime into a presidential system, a bit like the Putin presidential system, where there are neither checks nor balances. This will deepen the existing tensions, polarisation and antagonisms that exist in this society," says Aktar.

Erdogan may seem like a political alchemist, turning polarisation into electoral success, but August's presidential election poses a unique challenge. Even with a booming economy and a weak opposition, Erdogan's AKP (Justice and Development Party) secured less than 50% of the vote. The zenith of the prime minister's success came in the last general election. Since then, his prestige has received some considerable dents. The economy has slowed markedly, last summer saw a wave of anti government protests, followed by allegations of sleaze and authoritarianism and the banning of social media sites like Twitter.

For the opposition, hope springs eternal. It believes that the presidential poll offers the best chance yet to defeat the prime minister. "We want the presidential candidate to be impartial, to command the respect of all sections of society," declared Riza Turmen, a deputy for the main opposition Republican People's Party, "a president who will overcome the present polarisation within the country." Turmen confirmed that his party is open to talks with rival parties "I think that would be very useful if we can agree on one candidate. Why not?" 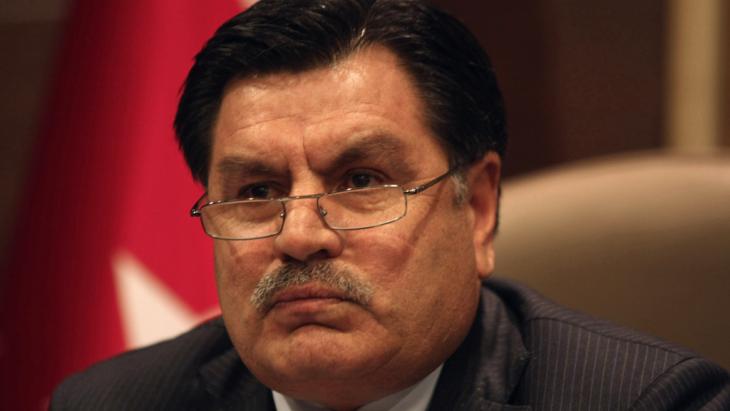 According to Asli Aydintasbas of the Turkish newspaper "Milliyet", there are those who feel that Hasim Kilic, chairman of the Constitutional Court, chief justice and one time ally of the AKP, could run for president

But tentative hopes of an electoral alliance received an initial blow when CHP leader Kemal Kilicdaroglu said that any candidate must be able to speak a foreign language. That drew a sharp rebuke from the leader of the National Action Party (MHP), Devlet Bahceli. But such is the dislike and fear of an Erdogan presidency that Bahceli left the door open to co-operation.  "Regardless of his political opinion, worldview, ideology or place of birth, and regardless of whether he is an AKP, MHP or CHP figure, anybody but Erdogan should become president," Bahceli thundered to his supporters.

Turkish media and political circles are buzzing about who could be the candidate that the opposition could rally around and challenge the prime minister. "The paranoia is absolutely crippling for the AKP," claims political columnist Asli Aydintasbas of the Turkish newspaper "Milliyet". "There is a rumour milling in AKP circles that the head of the Constitutional Court, Hasim Kilic, could possibly stand against Erdogan in the upcoming presidential elections."

Kilic, who comes from a religious background, was once viewed as a powerful ally of the ruling AKP, which has its roots in political Islam, in the Constitutional Court. He is widely seen as the man that saved the AKP from being closed down in 2008 when the court rejected by the narrowest of margins the charge that the party threatened the secular state. In the past few weeks, however, the court has inflicted a series of legal defeats on the government, including overturning a ban on Twitter.

The prime minister, his famed acute political antenna sensing danger, launched an attack on both the court and Kilic: "Everyone should know the limits of their authority." Erdogan bellowed to his supporters at an Istanbul rally, "If they want to do politics, they should do it after taking off their judge's robes."

Kilic has refused to comment on speculation about a presidential bid, but has dismissed Erdogan's criticism of the court, as "emotional". 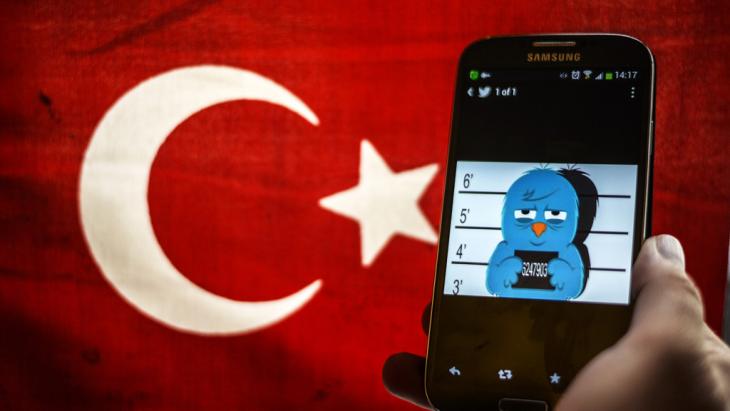 After many Turkish people had spread allegations of corruption at the highest level of his government, Turkish Prime Minister Recep Tayyip Erdogan imposed a ban on the social media service Twitter, vowing to wipe it out. After two weeks, the Constitutional Court ruled that the ban had to be lifted

Kurds hold the balance of power

But with Turkey effectively divided into two more or less equal electoral blocks, August's presidential election is expected to be close. "Kurdish voters are the swing vote. They will more or less determine which candidate will get the presidency," writes columnist Aydintasbas, "I suspect that they might come around and support Erdogan if they are given assurances about the peace process. I don't see why they wouldn't."

Three years ago, Erdogan initiated a peace process to end a decades' long conflict with the Kurdish rebel group PKK. While it has made little tangible progress, in a declaration read out at last month's Kurdish New Year celebrations, PKK leader Abdullah Ocalan, who is languishing in a Turkish jail, renewed his support for the process. Together, the pro-Kurdish BDP and HDP, which is widely believed to have close links to the PKK, have the support of around 6 per cent of the electorate. Many analysts suggest that this would be enough to hand victory to Erdogan.

However, political scientist Nuray Mert of Istanbul University feels that such an alliance would be controversial: "First of all, it's a contradiction in terms: granting Kurds rights and freedoms, while at the same time curbing rights and freedoms for the rest of the society. And it will be problematic among Kurds themselves in the near future."

The leaders of the BDP and HDP have been careful to neither confirm nor deny any potential alliance. But any public support for the prime minister poses a problem in itself. "In order to get the backing of the Kurds, Erdogan must deliver on their Kurdish demands. If he did so, he would risk losing the Turkish nationalist vote, which is an important component of Erdogan's traditional support." points out Sinan Ulgen, a visiting scholar from Carnegie Europe, "But this is the same challenge for the opposition candidate".

In two decades, Erdogan has not lost an election, a record that makes him without equal in Turkish politics. But he is also arguably the country's most divisive political leader, which means that if, as expected, he does run for president, it could well turn out to be his toughest challenge yet. "Fasten your seat belts, it's going to get tenser, it's going to get more polarised and it's going to be more brutal," warns Soli Ozel of Kadir Has University. 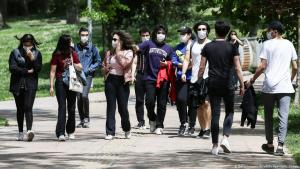 Political transition on the Bosphorus?

Recep Tayyip Erdogan is seeking to win over the millions of young Turks who will soon be of voting age. Yet many of the country's youth are in rebellious mood and openly reject ... END_OF_DOCUMENT_TOKEN_TO_BE_REPLACED

In the age of corona, Ankara's regional power strategy is twofold: on the one hand, Turkey is engaged in a charm offensive to revamp its political image, which has suffered lately ... END_OF_DOCUMENT_TOKEN_TO_BE_REPLACED

Ever since the Andrew Brunson incident, tensions have been growing between the Turkish government and the country's Christian community. Religious freedom is in jeopardy, as the ... END_OF_DOCUMENT_TOKEN_TO_BE_REPLACED

A heated debate is raging in the Islamic world about whether the religious and political spheres in Islam are one and the same. Before this matter can be settled, the terms " ... END_OF_DOCUMENT_TOKEN_TO_BE_REPLACED

Turkey is the second-largest exporter of TV series in the world, boasting a growing presence on international screens from Pakistan to Chile. The "dizis" offer audiences an ... END_OF_DOCUMENT_TOKEN_TO_BE_REPLACED
Author:
Dorian Jones
Date:
Mail:
Send via mail

END_OF_DOCUMENT_TOKEN_TO_BE_REPLACED
Social media
and networks
Subscribe to our
newsletter