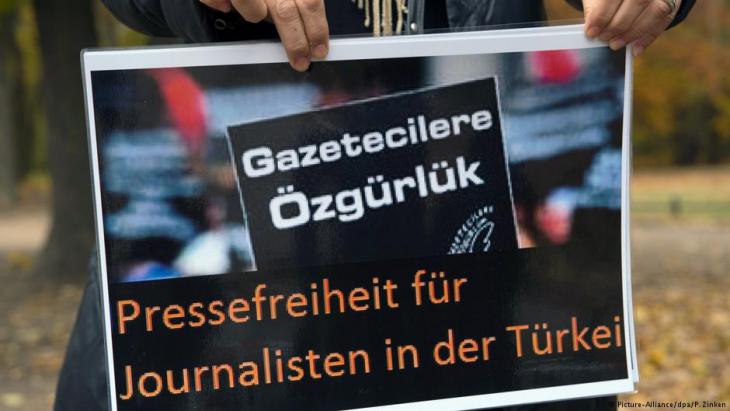 The repression goes on

Turkey’s government is hounding opponents. Shortly after its narrow – and disputed – referendum victory in April, it extended the state of emergency and ran yet another purge of the police. The media had been silenced before the referendum and cannot hold the authorities accountable anymore. By Hans Dembowski

Turkey’s ranking is 155th of 180 countries in the World Press Freedom Index that Reporters Without Borders published in April. A year ago, it was 151st. Since late 2012, the international non-governmental organisation has been calling Turkey “the world’s biggest prison for journalists”, indicating that 72 media personnel were being detained at the time. In the meantime, the number has risen to 160, as Kamil Taylan, a Turkish-German TV journalist, recently revealed.

All of the accused media workers are blamed for terrorism, according to Taylan, although the criminal charges are flimsy. There is neither proof of media workers being members of illegal groups nor evidence of explicitly endorsing them, so they are said to be guilty of displaying “supportive attitudes”, for instance on Twitter.

Moreover, Taylan reports, many charge-sheet paragraphs are identical and must have been compiled in a copy-and-paste manner. Typically, the accused journalists are accused of supporting both the Kurdish PKK and the Gulenist movement, Taylan points out. To independent observers, that claim does not make sense. The PKK and the Gulenists do not have much in common, apart from opposing the AKP government. Obviously, dissent now equals terrorism in the eyes of the Turkish government. 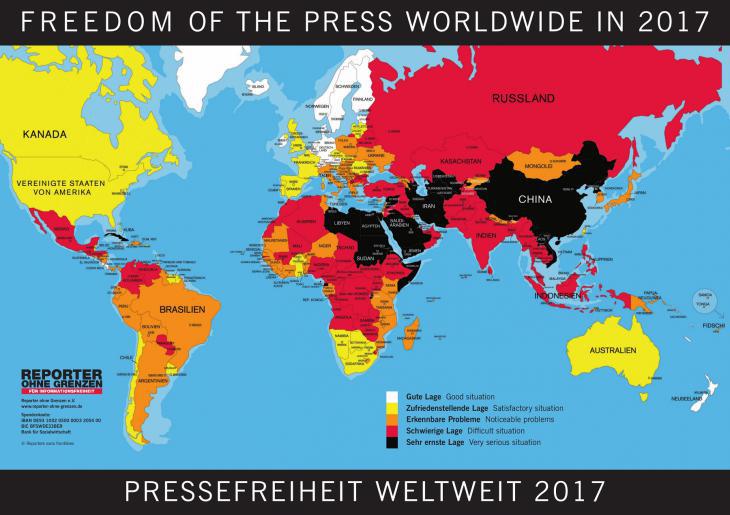 Reporters without Borders: ″The witch-hunt waged by President Recep Tayyip Erdogan’s government against its media critics has come to a head since the abortive coup of July 2016. The authorities have used their fight against “terrorism” as grounds for an unprecedented purge. A state of emergency has allowed them to eliminate dozens of media outlets at the stroke of a pen, reducing pluralism to a handful of low-circulation publications. Dozens of journalists have been imprisoned without trial, turning Turkey into the world’s biggest prison for media personnel. Those still free are exposed to other forms of arbitrary treatment including waves of trials, withdrawal of press cards, cancellation of passports and seizure of assets″

No rule of law

There simply is no rule of law in Turkey, says Taylan. Erkan Pehlivan, another journalist based in the Frankfurt area, agrees. He reports that 4,300 judges and state prosecutors were suspended after the coup attempt last July and many of them detained. The government does not feel bound by the law, he argues, appointing judges as it pleases. At one point, for example, it turned 900 lawyers into judges in a matter of hours. Eight hundred of them were AKP members or supporters.

In some ways, Pehlivan feels reminded of Turkey’s brutal military dictatorship in the 1980s. Back then, security forces were known to use white Renault cars to abduct dissenters, many of whom thus ″disappeared″ forever. In recent weeks, according to Pehlivan, eight people were taken away in VW vans in Ankara and reports of torture and rape in custody are occurring once more, as they did in the 1980s.

At the end of April, the government carried out yet another purge of the police force. As Pehlivan summarises, 9,000 police officers lost their jobs and 1,000 of them were immediately detained, with the government issuing arrest warrants for another 2,000.

Turning state and society into an autocracy 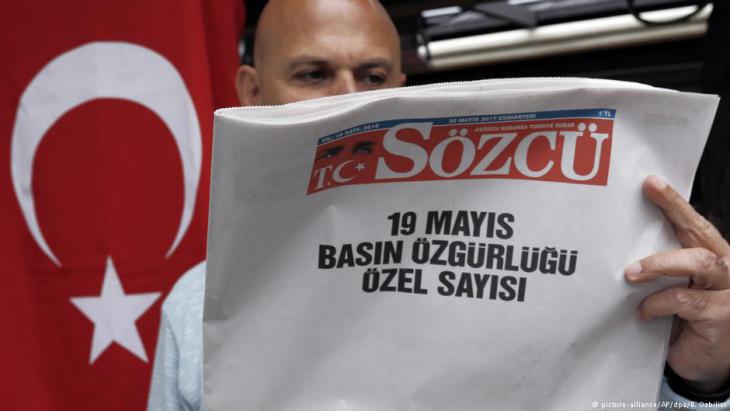 The Turkish justice system recently targeted yet another regime-critical newspaper: mid-May, the Istanbul prosecutor issued an arrest warrant for Buray Akbay, the publisher of Sozcu, a Kemalist newspaper and three other members of the editorial team. With a circulation of 270,000, Sozcu is Turkey′s third largest newspaper. Without belonging to the organisation, those accused are said to have engaged in criminal activities with the aim of supporting the Gulenists. The Turkish government blames last July′s attempted coup on the Gulenist movement

President Recep Tayyip Erdogan promised to bring stability to Turkey if voters approved a new constitution in the referendum held on 16 April. He won a narrow victory, but obviously does not feel reassured. His government immediately extended the state of emergency that has been in force since the coup attempt.

According to official data, a mere 51.4 % of the referendum ballots cast were in favour of the new constitution. The main opposition party, however, claims that the results were manipulated. International observers have also pointed out procedural flaws. European election monitors criticised a last minute decision by the government to allow unstamped ballots, because this step undermined an important safeguard. They also pointed out that the referendum was an uneven contest, as the closure of media houses and the detention of journalists ensured that opposing voices were not heard.

Erdogan seems unimpressed. His government blocked access to Wikipedia, the online encyclopaedia, on 29 April and purged another close to 4,000 civil servants from ministries and judicial bodies.

Turkey's parliamentary and presidential elections are scheduled for June 2023. But they are already casting a shadow. While the opposition is calling for early elections, ... END_OF_DOCUMENT_TOKEN_TO_BE_REPLACED

By stage-managing his re-election in a poll widely dismissed as a farce, Syria's President Bashar al-Assad has killed two birds with one stone: he has forced his compatriots to ... END_OF_DOCUMENT_TOKEN_TO_BE_REPLACED

Recep Tayyip Erdogan, disappointed by the European Union’s reluctance to integrate Turkey into its ranks, has re-directed his country’s diplomacy toward the Maghreb and Africa to ... END_OF_DOCUMENT_TOKEN_TO_BE_REPLACED

Having taken control of the traditional media, Turkish President Erdogan is now extending his reach to the social networks. A new law has been passed to rein in major digital ... END_OF_DOCUMENT_TOKEN_TO_BE_REPLACED

Although a unity government was formed in Libya in March 2021, tensions and possible crises between the political actors are already emerging. What problems does the country face ... END_OF_DOCUMENT_TOKEN_TO_BE_REPLACED

END_OF_DOCUMENT_TOKEN_TO_BE_REPLACED
Social media
and networks
Subscribe to our
newsletter