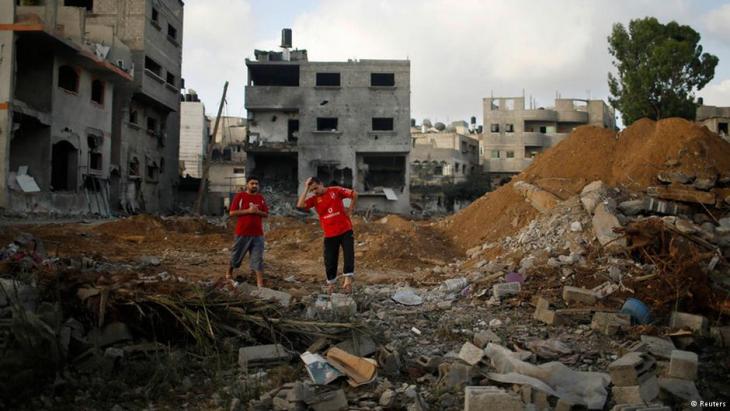 Escalation in the Middle East
Provocation and violence

What set off the new spiral of violence in the Middle East? Does Palestinian organisation Hamas deserve the blame? Bettina Marx doubts that's the case and takes a look back at developments in recent weeks

The world is looking on in disbelief at developments in Israel, where a new round of violence is unfolding that has cost nearly 200 people their lives and maimed more than 1,000. European and American politicians broadly agree that Hamas is at fault for the escalation. The group provoked Israelis for so long with its rocket attacks that there was nothing left to do but strike back. German Foreign Minister Frank-Walter Steinmeier is among those who take this view and has condemned attacks on Israeli towns.

But things aren't quite so simple. A whole chain of events took place before the hostilities exploded, and they don't put the Israeli government in a positive light. Everything began with the formation of the new Palestinian unity government on June 2. The intent was to end years of bloody feuding between Fatah and Hamas in order to strengthen Palestinians in their quest for self-determination. To Israel's horror, governments in Europe and the US signalled readiness to work together with the experts that made up the new Palestinian government. 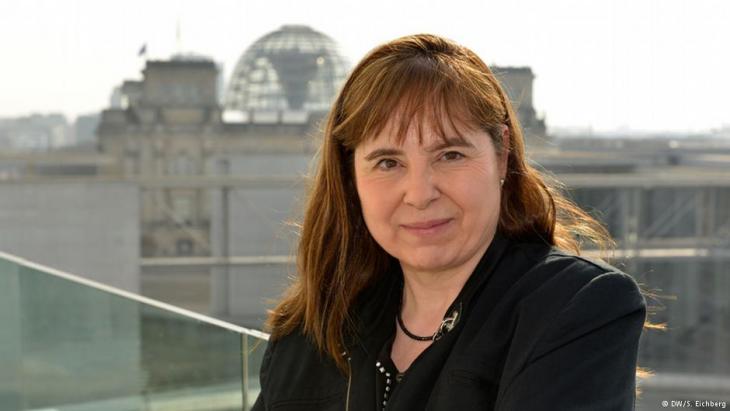 "The majority of the Gaza Strip's current residents are younger than 18 and did not vote for Hamas. Nonetheless, Israel and the international community are condemning them to a life of poverty, destitution and despair," says Bettina Marx.

When three Israeli yeshiva students were kidnapped ten days later near Hebron in the occupied West Bank, Jerusalem saw its chance to wreck the new government. Although Israeli security forces had indications right from the start that the three teenagers had been murdered directly after their kidnapping, the government spread the idea that the youths were still alive and could be saved, and launched a major search. Hundreds of Hamas members were imprisoned, and the houses of the alleged perpetrators were destroyed as raids took place. The goal was to destroy Hamas' structures in the West Bank and thus to bring about the collapse of the national unity government.

Hamas' supporters in the Gaza Strip also faced attacks. On June 29, an air strike killed one member of the organisation. The next day, Hamas shot rockets at Israel for the first time since a 2012 ceasefire. That spelled the end of a quieter period along the border to the Gaza Strip, and the violence quickly escalated.

Even this series of events doesn't tell the whole story. The core of the problem is the blockade of the Gaza Strip. Nearly two million Palestinians live in this tiny Mediterranean area, cut off from the world and with no prospects of a humane future. The majority of the Gaza Strip's current residents are younger than 18 and did not vote for Hamas. Nonetheless, Israel and the international community are condemning them to a life of poverty, destitution and despair. As long as that does not change, peace will never come to the Middle East.

Bettina Marx was for many years the Middle East correspondent of the German state broadcaster ARD. Her book "Gaza. Land ohne Hoffnung" ["Gaza: A Land Without Hope"] was published in 2009.

Her grandparents are Jews – born in Tunisia and Algeria. Director Cleo Cohen has now broken the silence about this with a very personal debut. By Nadine Wojcik END_OF_DOCUMENT_TOKEN_TO_BE_REPLACED

Every year in December, the team at Qantara.de takes a look back at the articles that proved most popular with our readers. This year is no different. Here is a run-down of the ... END_OF_DOCUMENT_TOKEN_TO_BE_REPLACED

Christmas in Bethlehem is usually a festive and colourful season. This year, festivities in the Palestinian town are set to return – but the COVID-19 pandemic is still casting a ... END_OF_DOCUMENT_TOKEN_TO_BE_REPLACED

Haifa is known for being Israel’s exemplary model of relative harmony between Jewish and Palestinian citizens. Its unique "Holiday of Holidays" is a joyous, multicultural event ... END_OF_DOCUMENT_TOKEN_TO_BE_REPLACED

May 2021 saw a deadly flare-up in Israel-Hamas hostilities, with eruptions of extreme violence in several of Israel's 'mixed' cities. Two weeks later, a broad-spectrum governing ... END_OF_DOCUMENT_TOKEN_TO_BE_REPLACED

Ankara is seeking to improve its relations with several states in the Middle East – such as the United Arab Emirates, Egypt and Israel. There are several reasons for this. ... END_OF_DOCUMENT_TOKEN_TO_BE_REPLACED
Author:
Bettina Marx
Date:
Mail:
Send via mail

END_OF_DOCUMENT_TOKEN_TO_BE_REPLACED
Social media
and networks
Subscribe to our
newsletter