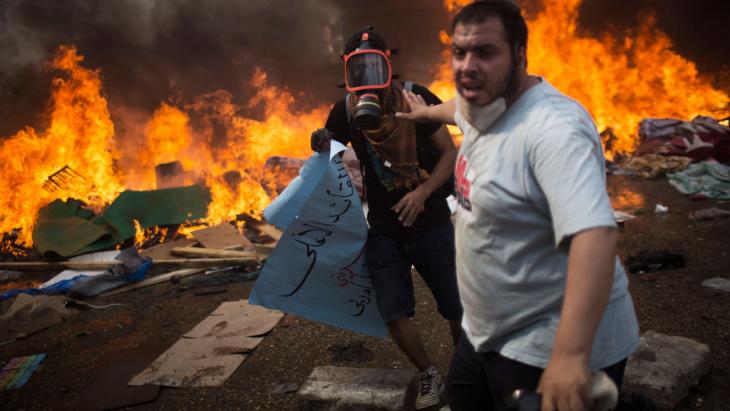 Egypt's security apparatus wants to isolate and radicalise the Muslim Brotherhood. This would render the movement vincible. An analysis by Karim El-Gawhary

At present, only one thing is certain in Egypt: as frightening as the current situation already is, things can only get worse. The morning after both protest camps were cleared in Cairo, the Health Ministry announced that 525 people had been killed, among them 43 police officers. Almost half of the dead demonstrators were killed in protests that broke out in all parts of the country following the clearance operation.

The Muslim Brotherhood puts the death toll at more than 2,000. The true figure in this propaganda war over casualties is probably somewhere in between and is likely to rise once the bodies – some of which are charred beyond recognition – have been identified in what's left of the camps.

The military, the interim government and a good portion of the so-called liberal movement are all falling over themselves to try and justify the brutal police conduct. Prime Minister Hazem El-Beblawi praised the police operation, which he said had brought Egypt closer to the goal of "establishing a democratic, civil state" – words that must sound like bare-faced derision to the pro-Morsi and anti-coup demonstrators.

The words of Interior Minister Muhammed Ibrahim must also have made a few jaws drop. Ibrahim spoke of the restraint shown by his police officers in the face of attack, implying that the action was akin to a retaliatory strike. He also announced that sit-ins and protests by the pro-Morsi camp would no longer be permitted.

We now have a situation in which an interior minister in the post-Mubarak era has uttered the following astounding sentence: "I promise that as soon as Egypt is stabilised, we will restore the kind of security that was in place before the ousting of Mubarak." This attitude has not prevented liberals such as Khaled Daoud, spokesman for the National Salvation Front, the largest anti-Morsi bloc, from joining the ranks of those applauding the police operation. 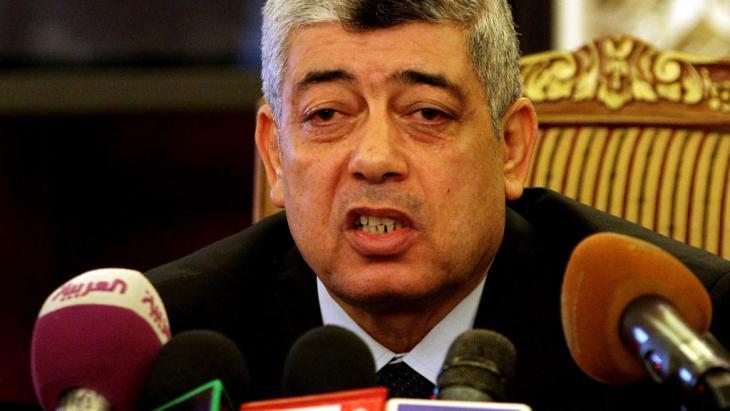 Demonstrators in Egypt must be reeling at some of the statements made by the country's Interior Minister Muhammed Ibrahim: "I promise that as soon as Egypt is stabilised, we will restore the kind of security that was in place before the ousting of Mubarak."

But the first cracks are appearing in the liberal front that has sided with the military. Vice-President Mohamed ElBaradei has tendered his resignation because he could not give his backing to the decision to clear the camps. There are numerous rumours that other cabinet members could follow suit. Military rule may be dressed up to look like a civilian government, but the mask is beginning to slip.

ElBaradei declared that the brutal clearance operation would lead to radicalisation on both sides. And indeed, the coup and the clearance throw the door wide open to a variety of different types of radicalisation among the Islamists, especially as their opponents are billing the coup and the clearance as an essential part of the democratisation process. What conclusions is a young member of the Muslim Brotherhood going to draw from this supposed lesson in democracy?

This radicalisation was already in evidence last week when demonstrators across the country not only attacked police stations and local government offices, but also numerous churches. In some areas it is obviously easy to direct the anger of pro-Morsi supporters onto the Church, after all both the Coptic Pope and the supreme Sheikh of Al-Azhar University openly sided with the coup – just like a large proportion of the Coptic community – in the mistaken hope that it would politically eliminate the Muslim Brotherhood.

There are plenty of Islamist hotheads in Egypt who allow themselves to be incited to attack the Copts at pro-Morsi demonstrations. It is unclear who ordered and directed the attacks on the churches. The leadership of the Muslim Brotherhood, which is hoping for international support against the coup, actually takes a dim view of such activities. But it cannot be discounted that such actions find favour in the lower ranks. It is also possible that radical Salafists are behind the attacks. 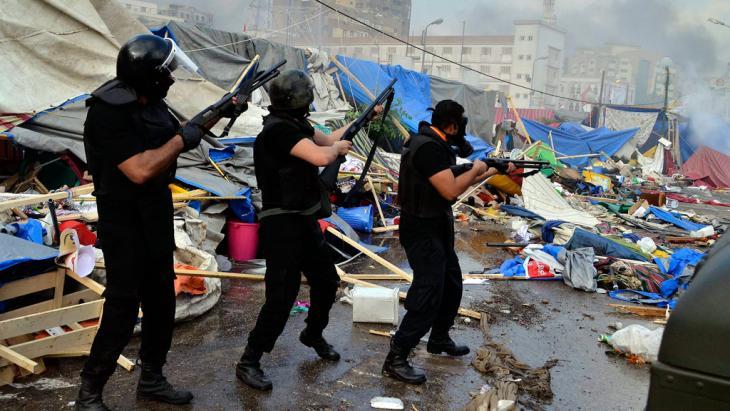 "Whenever the Mubarak regime was caught on the back foot on some issue, somewhere in the country a church would burn as a diversionary tactic. It is possible that State Security has once again resorted to tried-and-tested methods; after all, the officers involved haven't changed," writes Karim El-Gawhary.

During the Mubarak era, the state security apparatus – which has, incidentally, been left completely intact – had Salafists it often called on to carry out such operations. People knew each other from various arrests and from prison. This frequently resulted in a working relationship. Whenever the Mubarak regime was caught on the back foot on some issue, somewhere in the country a church would burn as a diversionary tactic. It is possible that State Security has once again resorted to tried-and-tested methods; after all, the officers involved haven't changed.

From an international perspective, burning churches are a good argument for the brutal clearance operation and continued action against the Muslim Brotherhood. If it is true that the state security apparatus is involved in all of this, then it is playing a dangerous game. Mubarak's regime was able to switch confessional strife on and off as and when required; today it is much more likely that a situation will arise that escalates beyond all control.

For the alliance of the military and old Mubarak networks, above all within the security apparatus, it must now be a priority to further the political isolation of the Muslim Brotherhood. In these circles, a radicalisation of the Islamists is a highly desirable development. The security apparatus believes it is easier to deal with radicalised Islamists than with demonstrations and protest camps.

In the 1990s, bombs went off all over the country, and radical Islamists carried out attacks on Copts and tourists. This was the heyday of the Egyptian security apparatus, which eventually won the battle. Back then, it learned the lesson that Islamists who set churches alight and attack police stations are vincible and easier to demonise at international level.

Millions in Idlib depend on aid coming through a northern border crossing. On 10 July, the UN Security Council votes whether to keep it open. The decision may hinge not only on ... END_OF_DOCUMENT_TOKEN_TO_BE_REPLACED

Although many Arabs express sympathy for the Ukrainian people, social media reveals a current of support for Russian President Vladimir Putin that is rooted in polarisation, ... END_OF_DOCUMENT_TOKEN_TO_BE_REPLACED

Bachtyar Ali sends the hero of his latest novel – "Mein Onkel den der Wind mitnahm" – literally flying. Jamshid is so thin after his years as a political prisoner that a gust of ... END_OF_DOCUMENT_TOKEN_TO_BE_REPLACED

The murder of a female student at Mansoura University in the Nile Delta has sparked a long overdue debate on femicide in Egypt. Karim El-Gawhary reports from Cairo END_OF_DOCUMENT_TOKEN_TO_BE_REPLACED

For a century, the Kurds and other minorities in Turkey have been subject to state repression. With his dissertation "The Kurdish Question in Turkey", political analyst Ismail ... END_OF_DOCUMENT_TOKEN_TO_BE_REPLACED

END_OF_DOCUMENT_TOKEN_TO_BE_REPLACED
Social media
and networks
Subscribe to our
newsletter