Authors Etgar Keret of Israel and Samir El-Youssef of Palestine take aim in their writing at the politicization of their societies, in an effort to rescue the private sphere from the long arm of ideology. Lewis Gropp spoke to them about their joint volume of short stories

At their joint public reading in Jerusalem, the audience's reaction was "sobering", El-Yousef reflects with hindsight

​​In liberal western societies, subversion in the realm of art has almost become a dogma. The deconstruction of identities and worldviews has degenerated into a kind of "institutionalized revolution" in the machinery of the art scene.

This understanding of art's role is much less widespread in the Palestinian and Israeli societies, however; here, confirmation and affirmation of identity take precedence.

When an author puts an outsider at the center of his story, he is bound to find himself at odds with the consensus of mainstream society, and that is exactly what Etgar Keret and Samir El-Youssef have done. They refuse to subjugate their characters to the collective identity and instead create anti-heroes in an environment that derives its very identity from the supposed greatness of its heroes and martyrs.

"The tyranny of public opinion"

The publication of Etgar Keret's short story "Rabin Is Dead" in 1997 was greeted by an ice-cold blast of censure. Despite what the title suggests, the Rabin of this tale is not the prime minister who was murdered by a radical Jewish settler, but instead a common house cat that gets run over by a Vespa and dies. 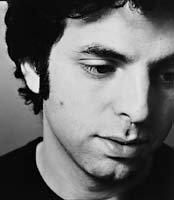 ​​Together with Samir El-Youssef, Keret bemoans the "tyranny of public opinion and politics." As he commented in an e-mail exchange, he bridles at the thought that every private expression of emotion is vetted for its compatibility with the "national context."

"Samir and I are 'apolitical' in the sense that we rebel against a reductionist attitude that would utilize politics to oversimplify reality," explains Keret.

"The reality in the Middle East is much more complex and ambiguous than can be conveyed by politics. Reality is always complex in and of itself. But this fact has virtually no bearing on the political discourse in Israel – there, it is usually merely a case of determining who's right and who's wrong."

In Israel, fear of liberal stances as a sign of weakness is a strong mainspring of the national psyche, which also exerts considerable pressure on public discourse.

Although there is much critical debate, and dissension is allowed for, when Keret and El-Youssef came to Jerusalem following several joint appearances in England and continental Europe to read from their book "Gaza Blues – Different Stories," the audience's reaction there was sobering, as El-Youssef remarked in his e-mail.

"We didn't really expect to be welcomed here with open arms, though. After all, our standpoint is directly opposed to that of mainstream society."

Mental ghettoization of the Palestinians

Samir El-Youssef sees the rigid strategy of demarcation practiced by the Palestinians as entailing the risk of reducing their own identity to the one-dimensional role of victim. 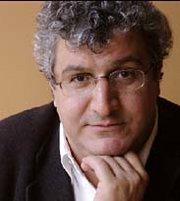 ​​In numerous articles he has described how it is not only the occupation, but also their categorical defensive posture that has contributed to the mental ghettoization of the Palestinians and how under these conditions an independent Palestinian culture will never be able to develop. In his contribution to "Gaza Blues," the story "The Day the Beast Got Thirsty," El-Youssef challenges this interpretive hegemony.

His main character is a shattered proto-intellectual, who is not in the least interested in the resistance and spends most of his time looking for drugs and intoxicants. He tries now and again to get a visa for Germany in order to work there as a pimp, and finally ends up chasing after a woman whom he himself describes as looking "like an ape."

The nameless protagonist greets his enthusiastic friend Ahmad, who is working on a theater piece about the resistance and who explains to him "that the Intifada is an artwork in its own right," with the suggestion that Ahmad should "stick this righteous cause up his ass."

Despite this sometimes coarse directness, El-Youssef's longish short story contains only small doses of mild obscenity. With well-considered humor and down-and-dirty language that casts doubt on the alleged noble-mindedness of the resistance, he reveals how the occupation is often used as a metaphor for what are essentially everyday cares.

"Every time he [Ahmad] came to me and said: 'Our cause is going through one of its darkest hours,' I knew that he must have had a fight with his mother and the old cow had accused him again of being useless."

El-Youssef shoots from the hip with verve and polemics, letting his protagonists denigrate the culture of discussion cultivated by the Arab intellectuals: 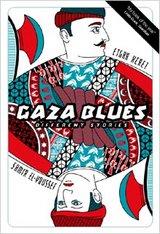 ​​ "I asked myself: Can the dead die? I thought that this kind of question might be a good topic of discussion amongst Arab intellectuals. Some journalist from some stupid newspaper could take up this theme: Can the dead die?"

Someone who hits a sore spot with such pinpoint accuracy is bound to be regarded as an outsider who is dirtying his own nest. Samir El-Youssef has lived since 1990 in Great Britain.

El-Youssef was the one who took the initiative in getting the project started. After the second Intifada broke out, he phoned his friend in Tel Aviv to ask for his cooperation on a joint project that would send a strong symbolic signal and have a more lasting impact than the innumerable calls for reconciliation that seem to always die away quickly without a trace. "Our project," says El-Youssef "is an attempt by two authors to motivate those who have not yet given up their hope for peace."

Etgar Keret was born in 1967 in Tel Aviv and has been publishing short stories and comics since 1991. His anthologies have been translated into sixteen languages. He writes for television, teaches at the film academy in Tel Aviv and has produced over 40 short films. Keret has been awarded the Literature Prize of the Israeli Minister President and has received numerous awards for his films.

Samir El-Youssef was born in 1965 in Lebanon and grew up in the Rashidia refugee camp. He has published two volumes of short stories in Arabic and writes regularly for Arabic and English newspapers and international literature journals. El-Youssef has been living in London since 1990, where he studied philosophy. In 2005 he received the Tucholsky Prize from the Swedish PEN organization.

END_OF_DOCUMENT_TOKEN_TO_BE_REPLACED
Social media
and networks
Subscribe to our
newsletter