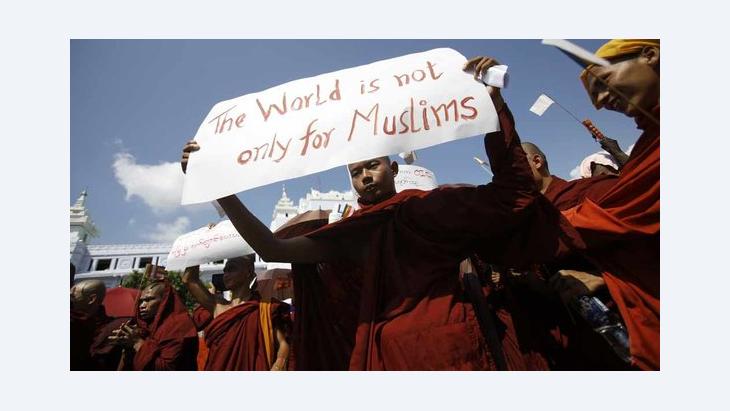 One of the Most Persecuted Minorities in the World

﻿There has been an escalation in violence against the Muslim Rohinghya people since Burma began its process of democratisation, ﻿Some media describe the violence as "massacres" and "ethnic cleansing". The authorities appear to be powerless to stop it. Report by Christoph Hein

﻿The full extent of the drama concerning the displacement of the Muslim Rohinghya minority in western Burma by Buddhist Rakhines is becoming ever clearer. Refugee witness statements relate horrifying scenes in the Burmese state of Rakhine: They tell of Muslims' houses being set on fire, the inhabitants shot dead as they fled, and those that were able to flee escaping in fishing boats. Now the first refugees have started to arrive in the tourist region in the south of the state.

"New refugees are arriving here every day, they're also coming from islands in the north," says one of the hoteliers on the popular Ngapali Beach. This is viewed as the main luxury holiday resort in a Burma that is opening itself up to the outside world. A curfew has been in place over the past few weeks in Rakhine State, otherwise there have been no disruptions to regular holiday business. 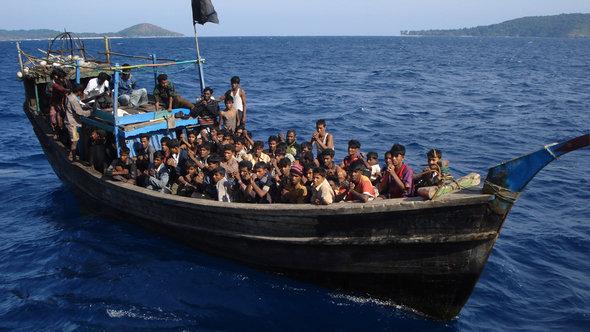 The UN says more than 28,000 Rohingya Muslims have fled the violence. Fishing boats are often the only way for families to reach safety.

​​In view of the recent democratisation of Burma, hoteliers here are hoping for their first good season, and the hotels are all booked out. The German airline Condor has also restored flights to the economic metropolis Rangoon. But now there are fears that the unrest could lead to cancellations. Some of the luxury hotels on the beach have begun sacking their Muslim employees. "The pressure from our Buddhist staff was so great that we had to take the decision to maintain the peace here," says one of the hoteliers.

Official reports say 84 people have been killed in the unrest, which has flared up again over the past few months. But the true number could be considerably higher. The United Nations says more than 28,000 people have been displaced. Satellite images of the region show the extent of the fires in the Rohingya villages.

"We were told to stay in our houses. But then they set our houses on fire," says the mother of a four-year-old child quoted by the news agency Reuters. "When we ran out, the Rakhines and the police shot at us." Refugee camps are reportedly full to bursting, and there are outbreaks of malaria. The government says at least 3,000 Rohingya houses have been destroyed since 21 October. 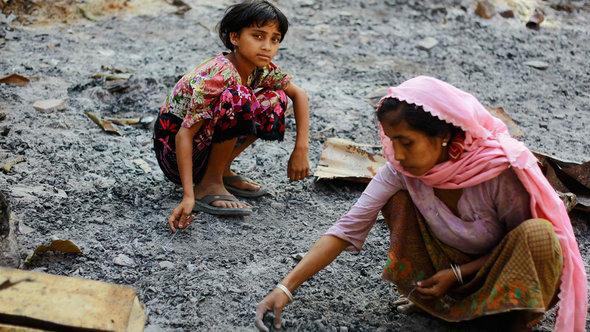 Wanton executions? Rohingya refugees report that they were shot at by fanatics and security forces. This picture shows Rohingya girls searching through the ruins of their burned-out houses

​​Eyewitnesses report that the anti-Muslim revolts are "strongly influenced by leading Buddhist monks in the region". For example, in the provincial town of Thandwe, every household "must send two people in join a force of between 6,000 and 8,000 people". Thandwe is the gateway to the holiday beaches, a place were more than half the population is Muslim. Several "agitators" were reportedly brought into Thandwe to stoke tensions against the Muslim population.

The government is caught between a rock and a hard place: As it evolves from military dictatorship to democracy, it cannot take a hard line with the Buddhist agitators, as – in foreign nations in particular – this would swiftly rekindle memories of the crushing of the monks' "Saffron Revolution" against the military junta.

Concern about the image, not the people

This risk is described by Burmese President Thein Sein, a former General who used to be a member of the junta himself, but who is now gaining in stature on the international political stage: "As the international community is keeping a close eye on the process of democratisation, such unrest can tarnish the image of the nation," he said.

The United Nations is regarding the conflict with growing concern: "I've been seriously affected by the fear and the mistrust that I saw in the eyes of the refugees," said Ashok Nigam, the UN's humanitarian aid coordinator in Burma. He is also mindful of the dilemma facing the former generals: "The violence, the fear and the mistrust contradict the democratic transition process and the economic and social development that Burma has taken on," he said.

Opposition leader Aung San Suu Kyi is also adopting a non-committal stance over the unrest. This is because it must also be difficult for her to speak in support of a Muslim minority, and therefore against her Buddhist supporters. The location of the unrest close to the provincial capital Sittwe is also strategically important for the government of a nation that calls itself Myanmar: The region marks the start of the two major pipelines through which the Chinese transport oil and gas from the Bay of Bengal through Burma into the industrial regions of western China.

Conflict is getting out of hand

There has been a long history of animosity between these faith and ethnic groups. The Rakhines want to dispel the Muslim Rohingyas to Bangladesh, which is however refusing to open its border. Furthermore, most of the Bengali-speaking Rohingyas have lived in Burma for generations. The UN regards the Rohingyas as one of the world's most persecuted peoples. Of around two million Rohingyas, some 800,000 live in Burma's Rakhine State, around 300,000 in Bangladesh and many others in neighbouring countries such as Thailand and Malaysia. 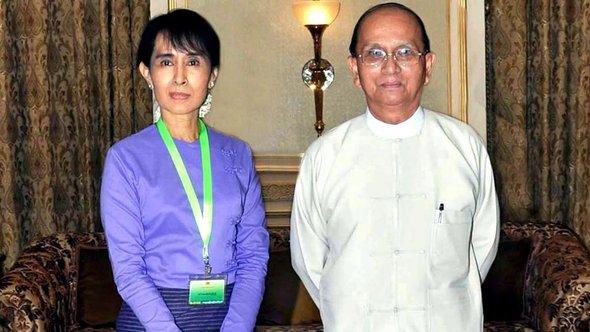 The previous military government denied citizenship rights to the Rohingya people in 1982. President Thein Sein, himself a former member of the military regime, is worried about his country's reputation. Nobel Peace laureate and opposition leader Aung San Suu Kyi has so far been reluctant to issue criticism of the targeted killings and displacement

​​In Rakhine State, they constitute a fifth of the population. Burma's former military regime exploited this social divide and denied the Rohingya people Burmese citizenship in 1982. Many of them have lived for many years in miserable conditions in refugee camps, or in a ghetto in Sittwe. The ghetto repeatedly comes under attack, and receives barely any supplies.

The conflict has been getting steadily out of hand since the onset of democratisation in Burma. The flare-up of violence in June was triggered by rumours that four Rohingya men had raped a Rakhine woman. More than 90 people were killed in the fighting that ensued. To date, the UN estimates that a total of 80,000 people have fled the region.

With the first COVID-19 case having been detected in the Kutupalong Rohingya refugee camp in Bangladesh, aid agencies are warning that without additional resources, there will be ... END_OF_DOCUMENT_TOKEN_TO_BE_REPLACED

According to the latest Reuters tally, more than 2.54 million people are now reported to have been infected by the novel coronavirus globally and 177,004 have died. As Muslims ... END_OF_DOCUMENT_TOKEN_TO_BE_REPLACED

Around the Islamic world, lockdowns and curfews are being extended and religious ceremonies are being cancelled outright in the hope of slowing the spread of COVID-19. Here’s the ... END_OF_DOCUMENT_TOKEN_TO_BE_REPLACED

Myanmarʹs Aung San Suu Kyi and Hungaryʹs Viktor Orban have discussed their mutual fear of Muslims. In doing so, the Burmese leader has again showed she has lost the moral standing ... END_OF_DOCUMENT_TOKEN_TO_BE_REPLACED

Fatima was gang-raped during attacks on Rohingya Muslims as part of Myanmar's ethnic cleansing campaign. Now, she and her family live in a camp in Bangladesh with few prospects, ... END_OF_DOCUMENT_TOKEN_TO_BE_REPLACED

Some four million people in Assam state, nearly all of them Bengali Muslims who have lived in India for more than four decades, are at risk of disenfranchisement after being ... END_OF_DOCUMENT_TOKEN_TO_BE_REPLACED
Date:
Mail:
Send via mail

END_OF_DOCUMENT_TOKEN_TO_BE_REPLACED
Social media
and networks
Subscribe to our
newsletter