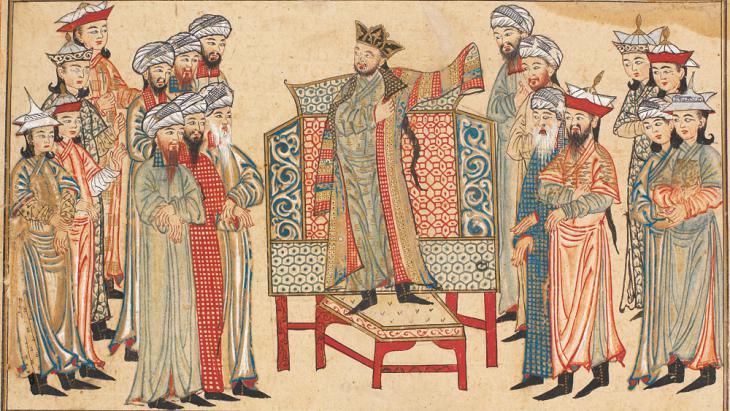 Ethnicity in the Muslim caliphates

To be a son of Quraish

The Ottoman Caliphate, which dominated the Muslim world for over thirteen centuries, was abolished on 3 March 1924 by Mustafa Kemal Ataturk, putting an end to one of the most significant political-religious powers in history. By Mohamed Yosri

All Muslim sects and factions deemed the Caliph a particularly prestigious position that had complex doctrinal requirements, with origins regarded as one of the most important eligibility rules. Over the course of the Caliphate's history, however, principles and practice often diverged. According to Ali ibn Muhammad Al-Mawardi's book "The Ordinances of Government", mainstream Sunni Muslims believed a man had to boast certain qualities in order to be a caliph, first and foremost, he needed to hail from the tribe of Quraish.

The book cites verses taken from the "hadith" – accounts of the sayings, actions or habits of the Prophet that are used as complementary teachings on all aspects of Muslim life. According to these verses, Muhammad stressed on various different occasions that only those from Quraish families were eligible to be caliphs. Some of the hadith cited are attributed to Imam Ahmad ibn Hanbal.

Sources including the "History of the Prophets and Kings" by Muhammad ibn Jarir Al-Tabari mention that migrants took advantage of this condition to boost their bid for power during the Saqifah Bani Sa'idah meeting. The gathering took place with the attendance of the Ansar (the Helpers) – Muslim converts who helped Muhammad and his followers when they arrived in Medina – right after the Prophet's death to choose a succeeding caliph.

Sunni: caliphs must be from the tribe of Quraish

Throughout the Rashidun and Umayyad caliphates, Quraish origins as prerequisite for being a caliph were never questioned; all those who ruled during the two epochs hailed unequivocally from the eminent tribe. However, upon the establishment of the Abbasid Caliphate in 749, non-Arab ethnicities began invading the ruling class.

Caliph subject to bloodline: according to Ali ibn Muhammad Al-Mawardi's book 'The Ordinances of Government', which cites a number of hadith verses in support, mainstream Sunni Muslims believed a man had to boast certain qualities in order to be a caliph – first and foremost, he had to hail from the tribe of Quraish

During the early stages of their calling, Abbasids relied on winning over Persians who posed a revolutionary force driven by indignation towards the ruling Arabs. Some of them later became the real string-pullers of the Abbasid Caliphate, including Abu Muslim Al-Khurasani and the Barmakids.

The death of Caliph Harun Al-Rashid in 808 and the eruption of a civil war between the followers of both of his sons – Al-Amin and Al-Ma'mun – proved a turning point in the power structure. The rift between the brothers took on ethnic-national dimensions; the overwhelming majority of Arabs supported Al-Amin because his mother, Zubaidah, was an Arab, while most Persians backed Al-Ma'mun for his Persian mother, who was one of Al-Rashid's slaves.

After Al-Ma'mun won the war, he befriended the Persians, making Merv the seat from which to rule Khurasan. He remained there for a while before succumbing to pressure from the Abbasids and returning to Baghdad, the capital of his ancestors.

When Al-Ma'mun passed away in 833, ethnicity once again became the catalyst, only this time in favour of the Turks. The new caliph, Al-Mu'tasim Billah, was the son of a female Turkish slave. He fostered relations with Turkmens living in central Asia and used them to build an army. He also installed their leaders in high-profile positions.

In time, Turkish leaders rebelled against the caliphate. In 861, they killed Caliph Al-Mutawakkil to appoint his son Al-Muntasir Billah as his successor.

Early in the first half of the 10th century, the fourth century in the Islamic calendar, there was a drastic change in ruling ethnicity, when the Abbasids became unprecedentedly weak and gave way to the Persian Buyid dynasty. For a time, Abbasids and Buyids shared the throne, only for the latter to become the very sultans who eclipsed the caliph, which ultimately became nothing more than an honorary position.

In the 11th century, the fifth in the Islamic calendar, the Seljuk Empire emerged to replace the Buyid dynasty, while the Abbasid caliph remained unscathed in his Baghdad-based palace. 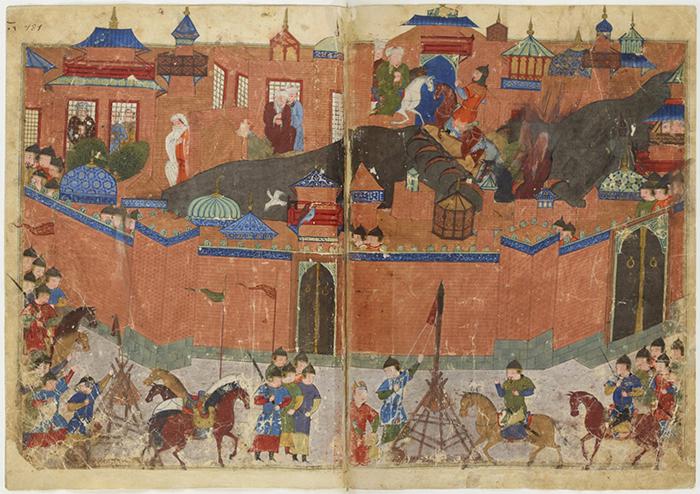 The Mongol siege of Baghdad began in mid-January 1258 and lasted a mere two weeks. Entering the city, the Mongols laid waste to its mosques, hospitals, libraries, and palaces. It is said that so many books were thrown into the Tigris that the river ran black with the ink

In 1063, for the first time in the history of Sunni caliphates, Caliph Al-Qa'im Bi-Amrillah had no choice but to agree to marry his daughter to Seljuk Sultan Tughril, who perhaps was seeking to establish a new dynasty of Turkish and Arab blood. He never realised such aspirations, however, since he died without leaving an heir apparent.

In 1258, the Mongols entered Baghdad and killed Caliph Al-Musta'sim Billah. Several years later, Mamluk Sultan Baibars summoned one of the Abbasids to Cairo and appointed him as the new caliph, naming him Al-Hakim Bi-Amrillah.

Baibars' move can be interpreted as an attempt to legitimise Mamluk rule, given that Sunni Mamluks, owing to their non-Arab origins could not claim the title for themselves, not to mention the fact that they were originally slaves of unknown parentage.

The Abbasid caliphs were barely any different from their ancestors the Buyids and Seljuks. Their main role was basically to lead prayers and public congregations.

A notable change to the dialectic of the ruling race occurred in 1517, when Ottoman Sultan Selim I defeated Mamluks in the Battle of Ridaniya, forcing Caliph Al-Mutawakkil III to step down, thus becoming the first ever caliph with Turkish origins. His sons and grandsons inherited the caliph title until Mustafa Kemal Ataturk abolished the Islamic Caliphate. Abdulmecid II was the last caliph of Islam.

Shia: imams must be Alawites

All Shia sects agreed that caliphs must be descendants of Ali bin Abi Talib. However, Zaidi Shias believed Alawites who met the requirements of the caliph were eligible.

On the other hand, the Twelver Shias restricted the caliph title to 12 people, the last of whom – The Mahdi – they believe will spread justice across the globe upon his appearance. As for the Ismaili Shias, they believed that the descendants of Ismail ibn Jafar can be caliphs.

The Persian Buyids were Shia yet they never called for the establishment of a caliphate, since according to their beliefs, The Mahdi – who has yet to materialise – is both caliph and imam. 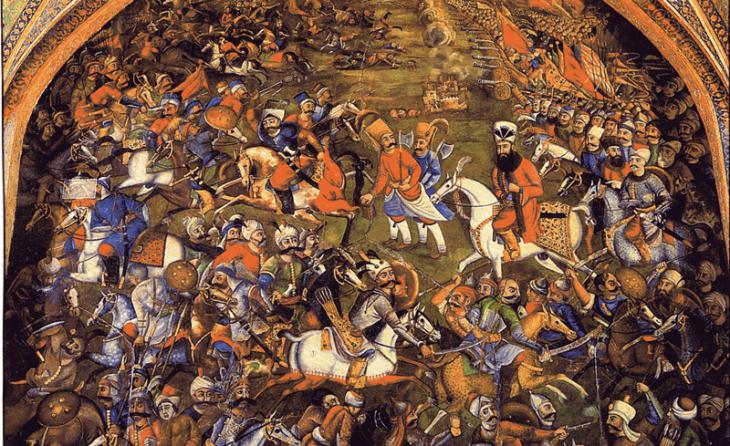 The Battle of Chaldiran: in 1514 an Ottoman army of approximately 60-212,000 janissaries, under the Ottoman Sultan Selim I, defeated a Persian Safavid army of ca 12-40,000 men under Ismail Abul-Mozaffar bin Sheikh Haydar bin Sheikh Junayd Safawi, the Shah of Iran

There is a lot of doubt and suspicion surrounding the origins of the Ismaili Fatimid Caliphate's founders. According to many Sunni history books – including "Albidaya wa'l-Nihaya by Ibn Kathir – the founder of the caliphate, Abdullah Al-Mahdi Billah, was not descended from the lineage of Ali bin Abi Talib as was believed at the time, but from Maimoon Al-Qadah who is believed to have had Persian forebears.

Proving the origins of the Fatimids remains difficult, because most of the history books that mention them were written in the context of fierce doctrinal and political struggles.

The third Shia state was the Safavid dynasty, which was founded in the early 16th century, the 10th in the Islamic calendar. Unlike the Ottomans, the Safavids disallowed the caliph position due to the Twelver belief, which forbids raising the caliphate flag before the arrival of The Mahdi.

Nonetheless, the Sufis were keen to keep their state a theocracy. They brought a number of Shia scholars from Bahrin and Jabal Amel, south of Lebanon, and invited them to fill leading state offices. Al-Muhaqqiq Al-Karaki was one of the most prominent scholars the Sufis brought in.

As with the rest of the ruling Islamic dynasties, the Sufis sought to prove they were descended from Quraish. They claimed they were descendants of Musa Al-Kadhim, the seventh of the twelve Shia imams. However, their ethnicity remains a bone of contention to this day; they were most likely of Persian, Turkmen or Kurdish ancestry.

Khawarij: ethnicity does not matter

The Kharijites were the third pillar of political Islam for over 14 centuries. Khawarij usually refers to those groups that refused to comply with ruling authorities and did not believe in the promised Alawite saviour.

Sheikh Bakir ibn Said Awasht in his book "Islamic Studies in Ibadi Origins" said that Khawarij was based on rejection of the Arab condition of ethnicity. According to the Kharijites' criteria, any Muslim capable of shouldering the responsibilities of a leader would be eligible to be caliph, regardless of his origins or colour.

Going back over the history of different Khawarij groups since they first appeared in the Battle of Siffin in 657 (37 in the Islamic calendar) and until the end of the first Islamic century, it is noticeable that they more or less adhered to these principles. Most of their leaders during the period were from Arab tribes that claimed no relation to Quraish at all. 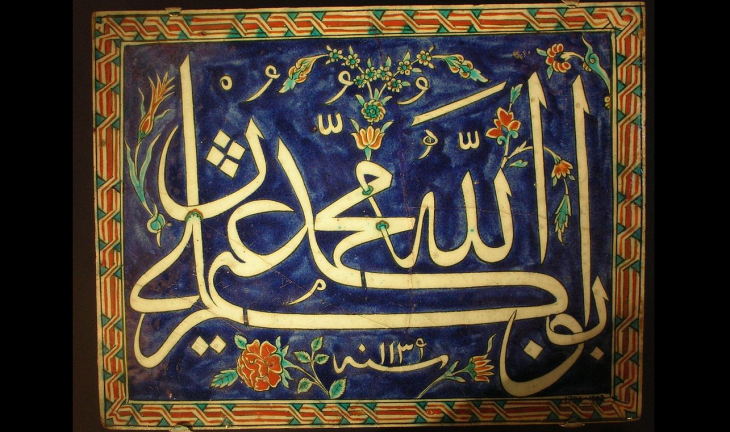 A rejection of ethnicity: according to the Kharijites' criteria, any Muslim capable of shouldering the responsibilities of a leader would be eligible to be caliph, regardless of his origins or colour

For instance, the Khawarij Prince during the Battle of Nahrawan was Abdallah ibn Wahb Al-Rasibi who hailed from the Yemeni Azd tribe. Qatari bin Al-Fujaah, one of the Khawarij prominent figures, belonged to the Banu Tamim tribe. Nafi ibn Al-Azraq and Najda bin Amer were the founders of the dissident separatist sects Azariqa and Najdia respectively; they both hailed from the tribe of Banu Hanifa.

Midway through the 8th century – the second in the Islamic calendar – Buyids, one of the most important Khawarij branches, demonstrated their commitment to political principles that did not insist on Arab origins. They chose the Persian Abdul-Rahman ibn Rustam as the first imam for their state, which later dominated large swathes of the Maghreb.

Almost concurrently, similar developments took place in the state of Banu Midrar, south east of Morocco. Khair Al-Din Al-Zirikli said in his book "Al-Alam" that when this state was established, the Saffarids installed Isa ibn Yazid as their imam. It is believed he was of black African origin.

Nevertheless, this experiment was not crowned with success like that of the Buyids. In time, Sijilmasa was overrun by Berbers. The white-skinned newcomers refused to be ruled by a black man, rebelling and killing him in 771 – 115 in the Islamic calendar: he had held office for just 15 years.

Once again there was not much to vote for in the Islamic Republic. Half of the candidates were excluded anyway. But for Khamenei, the election was part of a larger plan, namely ... END_OF_DOCUMENT_TOKEN_TO_BE_REPLACED

In the run-up to Iran’s parliamentary elections on 21 February, state media was at full blast. Urging Iranians to take to the polls, state TV’s Channel 1 ran an election-day ... END_OF_DOCUMENT_TOKEN_TO_BE_REPLACED

The 2015 Joint Comprehensive Plan of Action with Iran is in jeopardy. European governments should use the JCPOA’s dispute-resolution mechanism both to pursue immediate measures to ... END_OF_DOCUMENT_TOKEN_TO_BE_REPLACED

Mullahs, dictatorship, nuclear conflict – Iran could be reduced to these keywords if one were to rely only on the articles in the daily press. But to really understand a country ... END_OF_DOCUMENT_TOKEN_TO_BE_REPLACED

Many predominantly Muslim countries have penal laws against "blasphemy", "defamation of religion" and "apostasy". In practice they serve as highly effective weapons to settle ... END_OF_DOCUMENT_TOKEN_TO_BE_REPLACED

END_OF_DOCUMENT_TOKEN_TO_BE_REPLACED
Social media
and networks
Subscribe to our
newsletter