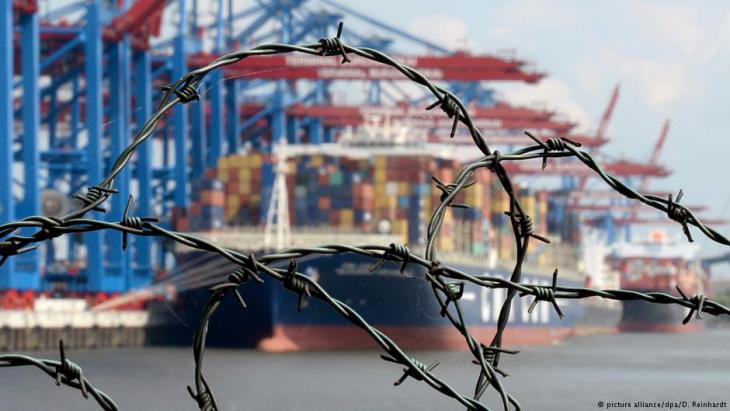 To mitigate the root causes of flight and migration, Germanyʹs federal government is contemplating fair-trade agreements with refugee countries of origin. The North African experience shows this will require a re-think of EU policy. By Nassir Djafari

Most migrants and refugees who arrive at Europeʹs borders are fleeing countries whose most important trading partner is the European Union (EU). The exchange of goods with Europe has an impact on crisis countriesʹ economic and social conditions and affects the circumstances that drive people to abandon their homelands.

North Africa plays a key role in this context, since it is a region of origin and transit of migrants to Europe. Furthermore the EU concluded bilateral preferential agreements with North African countries about 50 years ago.

A victory for industrial goods "made in Europe"

Recent research shows that free trade with the EU has had adverse impacts on the regionʹs economies. After trade barriers were removed, industrial goods from EU member states conquered North Africaʹs markets. EU-based companies displaced less competitive regional suppliers, curtailing local production and destroying jobs. This downward trend was driven in particular by the Euro-Mediterranean Partnership (EMP), which redefined trade relations from 1995 on.

The EMP replaced the co-operation accords that had been concluded in the 1970s. The previous agreements had included protections for North African manufacturers, but given them free access to the European market. Partner countries were allowed to levy customs duties to protect businesses. The association agreements concluded in the framework of the EMP, however, set a 12-year deadline for lifting all customs barriers. 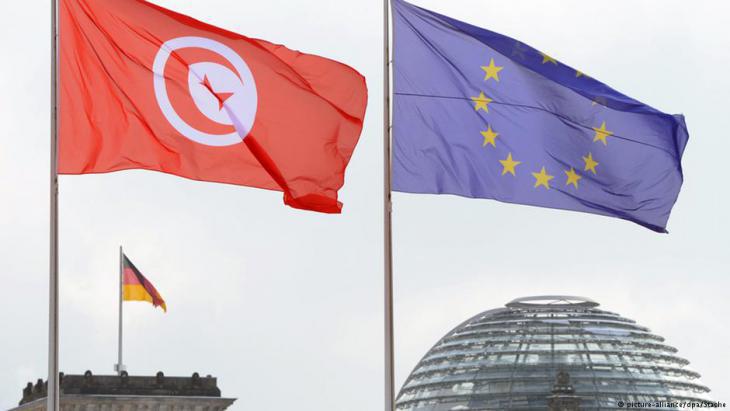 A need for co-operation that is mutually beneficial: "the EU could make a significant contribution to improving the economic circumstances if it adopted a trade policy that was less ambitious but more responsive to the interests of partner countries. Such an approach would open new perspectives for people in their homelands," writes Nassir Djafari

In contrast, protectionism still marks the agricultural sector. So far, only few trade facilitations apply to this sector. The EU continues to impose high tariffs on a number of products, such as fruit and fish for example. Moreover, EU subsidies give European farmers a competitive advantage over North African ones.

The EU is now pursuing what is called the Deep and Comprehensive Free Trade Agreement (DCFTA). The idea is to further expand free trade with the region. Negotiations with Egypt, Morocco and Tunisia have begun. Unlike previous association agreements, DCFTA will liberalise agricultural trade, services and foreign direct investment.

Moreover, the EU wants to harmonise rules on public procurement and quality standards. Partner countries are expected to adopt EU regulations. Doing so will require comprehensive reforms, for which the EU has pledged technical support.

Liberalisation of the agricultural sector will take place after a transition period. The EU is ready to open its markets for the most part, but is granting partner countries no more than ten years to lift tariff barriers. 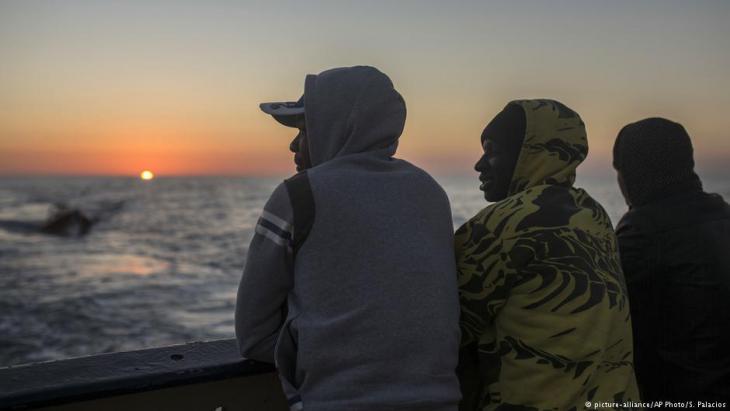 Tackling the issues that cause migration – but how? Germany is currently looking to support the African countries with a "Marshall Plan". Improved prospects in their home countries might quell the urge of some to migrate north, while those already in Europe might be tempted to move back home. German companies are supposed to invest in jobs and apprenticeships in Africa. Migration experts, however, remain critical of the initiative and have dismissed it as purely symbolic. After all, the willingness of German firms to invest in Africa remains extremely low

In principle, giving partner countries preferential access during a transition period so they can prepare for competition is a sensible approach. But the EMP deadlines set were too tight to allow the Moroccan textile industry, for example, to gain sufficient ground on European markets. The development gap and slow pace of reforms make it difficult to predict how long it will take North African economies to catch up with Europe.

Of course, North African countries cannot avoid opening up to the world market forever. Nonetheless, import protection deadlines should depend on the competitiveness of local sectors rather than rigid deadlines. Otherwise North African companies are likely to be forced out of business – and joblessness will rise accordingly.

The complexity of DCFTA is incompatible with on the ground realities. This is especially true of the demand that North African countries adopt EU norms and standards. They lack the prospect of joining the EU, which might justify such sweeping reform measures. North African governments are struggling to keep social tensions from escalating further and they must shore up eroding state institutions.

The EU could make a significant contribution to improving the economic circumstances if it adopted a trade policy that was less ambitious but more responsive to the interests of partner countries. Such an approach would open new perspectives for people in their homelands.

Nassir Djafari is an economist and freelance writer.

Home
Print
Newsletter
More on this topic
Europe and Algeria: The trust deficitTunisia and the EU: Bolster the young democracy!Social unrest in Tunisia: You′re on your own
Related Topics
Economy, European Union (EU), Globalisation, Islam and the West, Migration
All Topics

The Algerian state's insufficient response to a recent spate of femicides has driven hundreds of women to defy coronavirus lockdown restrictions to take part in street protests, ... END_OF_DOCUMENT_TOKEN_TO_BE_REPLACED

EU parliamentarian Dietmar Koester criticises the Union's failure to speak up when faced with human rights abuses committed by its Middle Eastern allies, while pointing out that ... END_OF_DOCUMENT_TOKEN_TO_BE_REPLACED

On the 10th anniversary of the Arab Spring we can’t quite escape that substance called remembrance. Yet, eschewing facile modes of nostalgic remembrance and/or tragic lamentation ... END_OF_DOCUMENT_TOKEN_TO_BE_REPLACED

In her third and most recent novel, Paris-based Algerian author Kaouther Adimi writes almost prophetically about a rebellion by a handful of children against the rigid and ... END_OF_DOCUMENT_TOKEN_TO_BE_REPLACED

Mass protests began in Egypt on 25 January 2011. They triggered the overthrow of long-time ruler Mubarak. Ten years later, many human rights activists and journalists are in ... END_OF_DOCUMENT_TOKEN_TO_BE_REPLACED

END_OF_DOCUMENT_TOKEN_TO_BE_REPLACED
Social media
and networks
Subscribe to our
newsletter