Reactions from the EU to the historic upheaval in Libya, Egypt, Tunisia and other nations in North Africa and the Middle East have up to now been a moral and political disaster. A commentary by Andreas Zumach 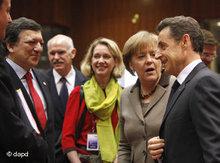 Fatal European foot-dragging: As agreed by the foreign ministers of the 27 member states at the weekend, the EU now plans to send a "fact-finding mission" to Libya

​​ Since 17 February, Libyan "security forces" and combat forces loyal to the Gaddafi regime have been closing in on their own people with increasing brutality. The death toll has in the meantime far exceeded 1,000. War is raging in Libya. Now the EU plans to send a "fact-finding mission", as agreed by the foreign ministers of the 27 member states at the weekend. The day before, EU government leaders in Brussels agreed to organise a "three-way summit" with the Arab League and the African Union to "discuss further steps". Bravo! Courageous decisions indeed! When the EU fact-finding mission does eventually arrive in Tripoli, sometime this week or maybe even not until the next, delegates will probably be able to travel through the desert state without any risk to themselves. By then, thanks to the military superiority afforded by weapons and equipment principally provided by EU nations and Russia, Gaddafi's troops and air force will have been able to crush the rebellion entirely and regain control of the whole country. Once peace has been restored to the nation, the EU mission can get started immediately conducting preparatory talks on the future normalisation of relations with the Gaddafi regime. Helplessness and the assertion of selfish interests The EU's latest decisions are an expression of the bloc's disastrous helplessness and inability to act in the face of historic upheaval in the countries of North Africa and the Middle East. An upheaval that is just as significant for people living in these nations as the fall of the Berlin Wall and the end of the Cold War was for us Europeans. 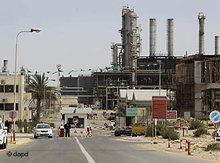 ​​ In many respects, the EU disaster is reminiscent of the bloc's failure to come up with an adequate response to the belligerent conflicts in the former Yugoslavia in the early 1990s. Back then, with the Maastricht Treaty the EU had formally committed itself to the "Common Foreign and Security Policy" (CFSP) first touted in the late 1980s. Yugoslavia was to be the CFSP's first big test. But a conflict of interests, in particular between the three biggest EU nations France, Britain and Germany, meant the Union was unable to hammer out a common policy approach on Yugoslavia. EU nations did and still do pursue a common policy on North Africa and the Middle East – even in the pre-Maastricht Treaty era. But this policy approach has always primarily been driven by the assertion of selfish interests. Top priority is a secure oil supply at the cheapest possible price, something that apparently requires the "stability" that only a dictatorial regime can guarantee. Since the attacks of 11 September 2001, such regimes have also been regarded as the only reliable surety against the alleged danger of an Islamic takeover. Support from Europe is urgently needed Thus far, the EU's economic and trade policy approach to the nations of the region has – although the name "European partnership agreement" as most recently provided by Brussels would suggest otherwise – focused primarily on the unilateral opening up of markets there to European goods and services. In the case of Libya, add to this the EU's common interest in countermeasures against African refugees, a collaboration that has seen the Gaddafi regime receive millions in EU funds to help keep migrants out of "Fortress Europe". Finally, there is some fierce competition as big companies from France, Germany, Italy and other EU nations as well their individual governments court lucrative contracts from Libya for the construction of nuclear power stations, roads and other infrastructure projects. 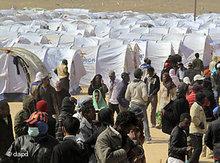 Refugee crisis in Libya, and Europe looks the other way – despite the fact that some 300,000 people have already fled to Tunisia and Egypt

​​ For decades, EU countries have prioritised their selfish interests over the civil rights and liberties of people living in North Africa and Middle East. The EU's grave moral bankruptcy is something that will put its credibility on the line in the long-term for those people who are now standing up for freedom, democracy and self-determination. Especially as this moral bankruptcy persists to this day, as EU nations doggedly continue to refuse to open their borders even temporarily to refugees from Libya. And this despite the fact that some 300,000 people have already fled to Tunisia and Egypt, and tens of thousands more are expected. Despite their willingness to assist, Libya's neighbours are now unable to cope and urgently require support and relief from Europe. Ignorance turning to arrogance Alongside the EU's moral bankruptcy is the bloc's absolute lack of any political concept. After decades dealing exclusively with dictatorial regimes, with barely a thought for the internal situation and opposition forces in each of the individual nations, it has no idea whom it should be backing in this time of flux. The EU's political deficit is much more apparent in Libya than in Tunisia and Egypt. A deficit in knowledge and analysis such as this heightens the danger that individual governments or leading EU figures will exploit a crisis to hone their own standing, just as French President Sarkozy is doing at present with his lone move to recognise the rebel Libyan National Council as the country's legitimate government. When it comes to the matter of how best to support the nations of North Africa and the Middle East after the toppling of their dictators, the ignorance of the EU to date becomes nothing but arrogance. Working along the principles of "reward" and "sanction", the bloc aims to reserve its support for political forces that seek a democratisation in accordance with European perceptions. Where this is not happening, or if from the point of the EU undesirable actors such as Islamic parties are seen to be gaining political influence, this support will be withdrawn. But if the EU does not accept that the people of North Africa and the Middle East must find their own independent path to democracy, and that Islamic parties and organisations will play a role in the process – a role that will vary in significance from country to country – then the bloc is set to lose even more of its credibility in the region, and therefore even more of its influence. Andreas Zumach © Qantara.de 2011 Translated from the German by Nina Coon Editor: Lewis Gropp/Qantara.de
Qantara.de No-fly Zone over Libya An International Legal Dilemma Should the international community intervene in Libya? And if so, on what basis could a no-fly zone be imposed? Opponents of the idea fear the situation could further descend into an unmanageable war. Background report by Andreas Zumach The West and the Protests in the Arab World Leaving the Freedom Movement in the Lurch In this commentary, Bettina Marx describes as shameful the West's reaction to the drive for freedom of the peoples of the Arab world. Instead of encouragement and support, all the courageous demonstrators have got from the West are words of admonishment, doubt, and hesitation Arab Despots Like Father, Like Son Arabs have known for years that their rulers were beyond reform. That is why, in order to have a chance to catch up with the rest of the free, developed world, many of them are now risking their lives to remove those regimes. By Omar Ashour

END_OF_DOCUMENT_TOKEN_TO_BE_REPLACED
Social media
and networks
Subscribe to our
newsletter