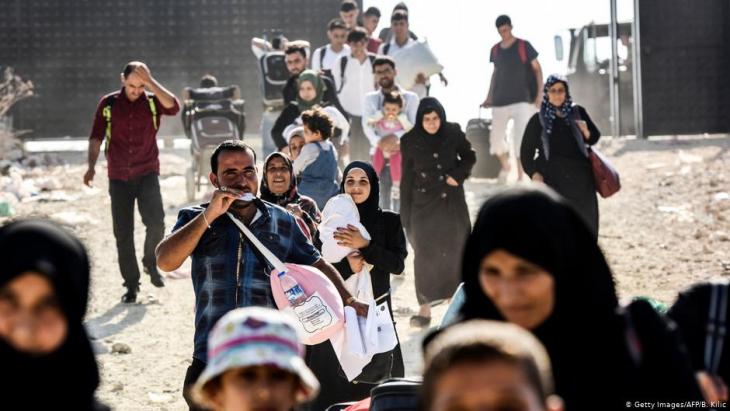 President Erdogan has threatened to ditch the EU refugee deal. After election losses and faced with escalating conflict in Idlib, the attitude towards the growing number of Syrian refugees has become increasingly harsh. Daniel Heinrich has the details

When President Recep Tayyip Erdogan announced in early September that Turkey could be forced to "open the gates" if Europe failed to offer more support in sheltering refugees and creating "safe zones" in North Syria, it wasn't technically a threat.

Erdogan's strong rhetoric was referring to the refugee deal that Turkey and the EU agreed to in March 2016. In it, the EU promised to compensate Turkey with €6 billion over several years if Ankara would take care of Syrian refugees. According to the European Commission, some €2.4 billion has already been paid out and another €3.5 billion has been contractually committed. In contrast to the harsh tone emanating from Ankara, officials in Brussels appear unperturbed. "We trust that we can continue this work in good faith with our Turkish partners," said a spokesperson on 5 September.

Kristian Brakel, who heads the Heinrich Boll Foundation office in Istanbul, also believes Erdogan won't ditch the agreement. Brakel said the president has "few better options," and said the problem lies elsewhere. Over the past few months the number of refugee deportations from Turkey has gone up dramatically, with many Syrians who fled the civil war in their homeland being sent to hotly contested areas such as Idlib.

Ankara has made no effort to hide the fact that it has deported some 320,000 Syrian refugees. Yet officials in Turkey say those refugees have "voluntarily returned", a claim that hasn't convinced Brakel. 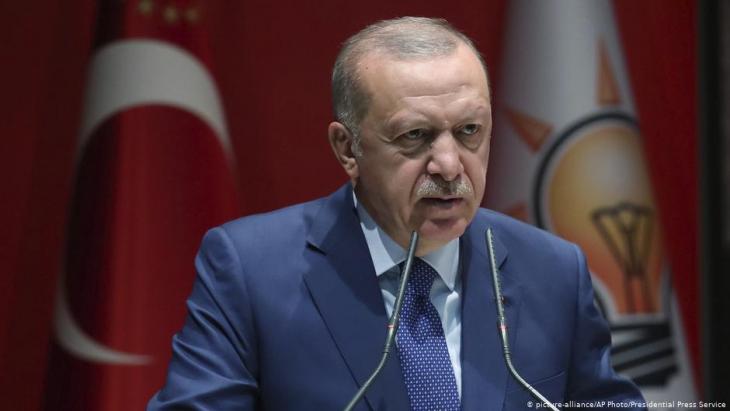 Refugees unwanted: Turkish President Recep Tayyip Erdogan recently declared that he wanted to send two to three million Syrian refugees to the planned "security zone" in northern Syria. "Depending on the depth of the security zone, we could settle between two and three million Syrian refugees who are currently in Turkey and Europe," said Erdogan in a speech in Ankara, calling once again for the rapid implementation of the planned buffer zone

There have been numerous credible claims from people who went to Turkish police stations to extend their residency permits, only to be "ordered to sign documents for a 'voluntary return.'" They were made to understand – under the threat of physical violence – that refusal to sign the documents was not an option. "You can't call that a voluntary return," said Brakel.

At first glance, such harsh measures are surprising: Erdogan and members of his ruling Justice and Development Party (AKP) have consistently spoken of their willingness to help. "We have been trying to help those suffering in Syria for years. That is our tradition, our culture," Fatma Sahin, an AKP member who has served as mayor of the city of Gaziantep near the Syrian border for five years, told DW in 2017. "If your neighbour is hungry, then you must try to help him. I am of the opinion that our stance has become a global example. We have become the conscience of the world." 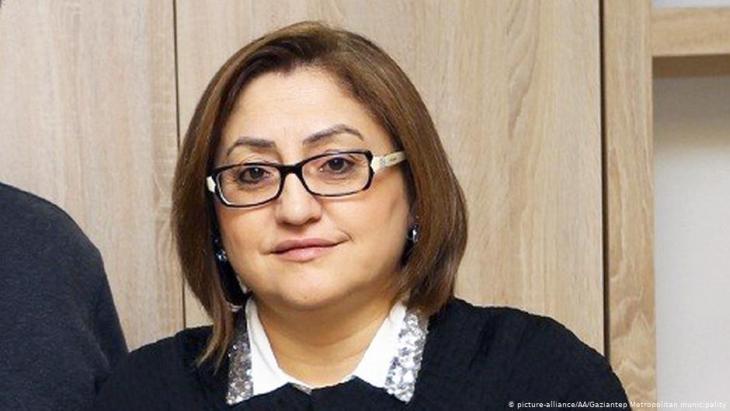 The conscience of the world? "We have been trying to help those suffering in Syria for years. That is our tradition, our culture," explained Fatma Sahin, an AKP member who has served as mayor of the city of Gaziantep near the Syrian border for five years. "If your neighbour is hungry, then you must try to help him"

Indeed, Turkey has played a special role, especially with regard to Syrian refugees. More than 6.3 million people have been forced to flee Syria since the civil war broke out in 2011; Turkey has taken in more than half of them.

Nevertheless, the initial warm welcome for the refugees has begun to subside in many places. For instance, the established practice of allowing Syrians not registered in Istanbul to remain there regardless is no longer accepted. Now such refugees have been ordered to leave the city.

Brakel has traced the change in Erdogan's tone back to this summer's AKP election losses in the city. "The AKP lost a lot of ground in many areas with high concentrations of refugees. Even though some of those neighbourhoods were AKP strongholds, voters clearly punished the party," he said. The tense economic situation has only exacerbated the problem, he said, adding that hostility toward refugees, either through violence or overt racism, has significantly increased. "The change in rhetoric is clearly an attempt to regain control of the situation."

In neighbouring Syria over the past few weeks, fighting around Idlib – the last rebel stronghold and an area that borders Turkey – has escalated. Some 3 million refugees live in the region. Should the situation continue to deteriorate, those people might attempt to flee to Turkey. Reacting to the development, Ankara has announced a Syria summit with Russian President Vladimir Putin and Iranian President Hassan Rouhani, due to take place on Monday.

Despite what heads of state may claim, the Russian attack on Ukraine is not a wake-up call for a self-confident Europe that defends its values. The war is accelerating the decline ... END_OF_DOCUMENT_TOKEN_TO_BE_REPLACED

At the EU's outer borders, the right of migrants to a fair asylum procedure continues to be systematically disregarded. Take Greece, for example: in the worst case scenario, those ... END_OF_DOCUMENT_TOKEN_TO_BE_REPLACED

Madrid's about-face on the Western Sahara conflict has enraged Algeria. Trade relations have been frozen unilaterally and a cut in gas supplies to Europe could be in the pipeline ... END_OF_DOCUMENT_TOKEN_TO_BE_REPLACED

Mourad al-Marouai was just nine when a landmine killed him on a beach in war-torn Yemen, a tragedy that will haunt his family forever. After a swim, the little boy "suddenly ... END_OF_DOCUMENT_TOKEN_TO_BE_REPLACED

A ceasefire has been in effect in Libya for the past year and a half. Yet after Russia's attack on Ukraine, another proxy war looms in Africa's most oil-rich country. Mirco ... END_OF_DOCUMENT_TOKEN_TO_BE_REPLACED

The Ukraine war has seen energy prices spike with oil producers in the Middle East making more money than ever. But will it put the brakes on long-planned reforms to diversify oil ... END_OF_DOCUMENT_TOKEN_TO_BE_REPLACED
Author:
Daniel Heinrich
Date:
Mail:
Send via mail

END_OF_DOCUMENT_TOKEN_TO_BE_REPLACED
Social media
and networks
Subscribe to our
newsletter