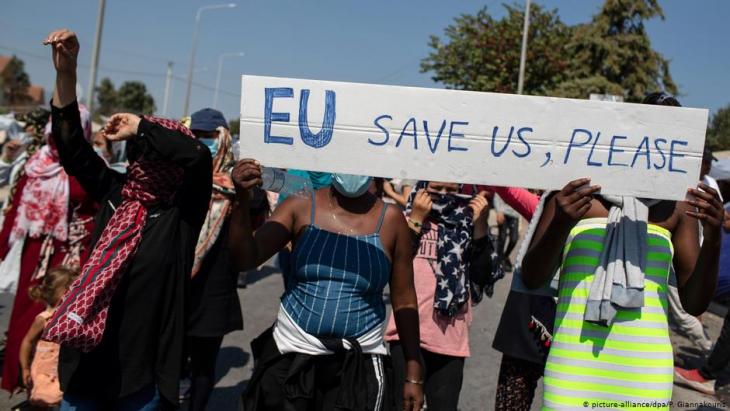 The European Parliament and European Council on Tuesday agreed to establish the European Union Agency of Asylum, which will upgrade and replace the European Asylum Support Office (EASO).

The new agency is intended to make the 27-member bloc's processing of asylum applications more efficient. It will upgrade the EASO's number of staff, with the agency also being provided with more funding to deal with the applications.

The agency will manage a pool of 500 experts who could be dispatched to member states facing a large influx of migrants. These experts could include interpreters and case handlers, among others.

"This will make our asylum procedures in the EU faster and more uniform," von der Leyen tweeted.

The European Parliament and member states still need to formally accept the agreement for it to go into effect.

Asylum applications hit a record low amid the coronavirus pandemic

The move to establish a new migration agency comes as asylum applications in the EU drop to its lowest level since 2013.

Only 485,000 asylum applications were made in 2020 in the 27 EU member states plus Iceland, Liechtenstein, Norway and Switzerland, the EASO said in its annual report Tuesday. It's a 32% decrease in the number of applications from 2019.

The number of applications were impacted by coronavirus-related restrictions in the EU last year. At the same time, the EASO said there is still high demand for asylum in Europe.

"We know that globally there are still record numbers of persons in need of international protection, but they were simply not able to make it to Europe," EASO head Nina Gregori said about the report.

The migrants frequently travel to EU countries via Turkey and Balkan nations. Some asylum seekers from Africa make a dangerous journey by boat to Europe on the Mediterranean Sea.

Germany took in more than one million refugees in 2015 at the peak of the migrant crisis.    (AP/AFP/dpa)

More on this topic
Underage migrants stranded in Spain: The lost children of Ceuta and the "warehouses of shame"Treading the Turkish tightrope: The European Union risks empowering Erdogan at its perilQantara photo essay: Greece's Moria refugee camp and its tortured history
Home
Print
Newsletter
MoreAll Topics

END_OF_DOCUMENT_TOKEN_TO_BE_REPLACED
Social media
and networks
Subscribe to our
newsletter