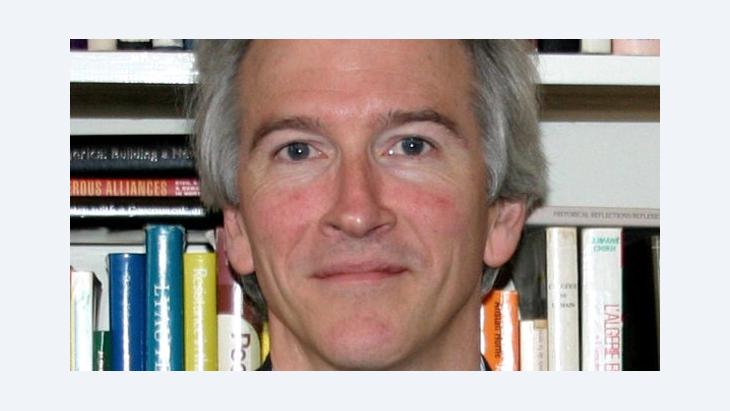 ﻿﻿Eugene Rogan's "The Arabs" has been hailed as a standard work on the history of the Arab people. In this interview with Jan Kuhlmann, the Oxford historian talks about foreign domination of the Arab world, the Arab spring, and his optimism for the Arab world

What was your incentive for writing such a comprehensive book about Arab history?

Eugene Rogan: The book was written with the aftermath of 9/11 in mind and the policies of a neoconservative American administration under George W. Bush putting the region under so much pressure that I would argue the Arab world experienced its worst decade in history in the first decade of the 21st century. It seemed to me that people in the West had no idea of the pressure that the Arab world was under and that it was important to try and bridge the mutual misunderstanding between the Arab world and the West by trying to convey a sense of modern Arab history as seen through Arab eyes.

When you wrote your book, did you ever think that something like the Arab uprising could happen so soon?

Eugene Rogan: Like all of my colleagues I was caught completely surprised that non-violent citizen action could overthrow such deeply entrenched governments. The English version of the book came out in 2009. In my conclusion there is a reference to Barack Obama's speech in Cairo. 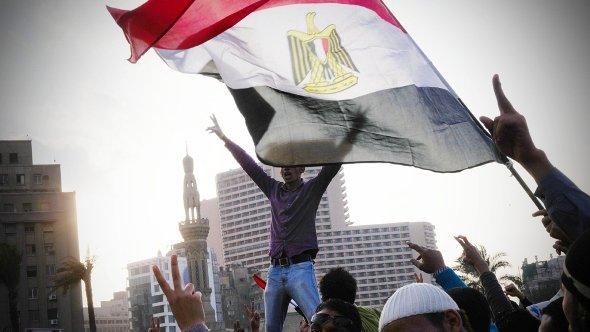 Revival of Arab unity: The fact that events in Tunisia inspired the actions of the Arab citizens in all of the Arab world indicates that there is still a very strong cultural political community of Arabs, says Eugene Rogan

​​You had a sense that at least the dominant power of the age was beginning to change its policy towards the region. But I wrote in my conclusion that if the Arab people wanted to realize their potential, if they wanted an accountable government, political rights, human rights, if they wanted real economic development they had to seize the initiative themselves. And that's what we saw happen in 2011.

What does 2011 mean in a longer perspective?

Eugene Rogan: As I was writing the book it was already clear that for the Arab world to come out of what was truly the low point in its modern history it would take more than just good will from the great powers. It was going to have to take a concerted effort by the Arab people themselves. As I said, I think 2011 marks the end of that worst decade of Arab history. It begins in 2001 with the 9/11 attacks and it ends in 2011 with the revolutions in the region. And we see the Arab world as a whole reach a major turning point which I, as a historian. think now will be one of those dates that we talk about 'before 2011' and 'after 2011'. The region is not the same, it will not be the same again.

Eugene Rogan: The subordination of the Arab world to the rules of outside powers may be ending. One of the themes of the book is that the modern history of the Arabs has largely been performed according to the rules of the dominant powers of the age for the past five centuries. 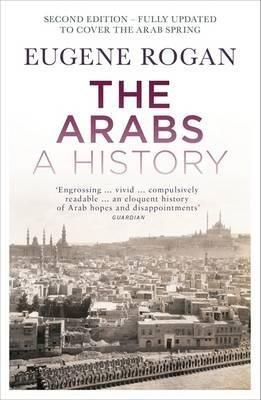 Conveying a sense of modern Arab history as seen through Arab eyes: Eugene Rogan's "The Arabs"

​​In 2011 we see the Arab world's citizens taking action in which the dominant powers are totally uninvolved. The region has for a moment suspended its engagement with the outside world to focus on domestic politics. And in the process the Arabs have created a set of rules that people in other countries are beginning to imitate.

The protester was a global phenomenon, not just an Arab phenomenon. So there is a sense of a new-found pride among the Arabs because they were leading a global movement of protest against unaccountable government and inequality. The relative ineffectiveness of America and Europe with the exception of Libya shows that there has been something like a departure from living modern history by somebody else's rules. In 2011, in a very important way the Arab world regained the initiative in making rules.

The historian Albert Hourani was one of your predecessors at St. Anthony's College in Oxford. He is the author of the famous "History of the Arab peoples". How much has he influenced your work?

Eugene Rogan: Albert Hourani was certainly the greatest historian of the Middle East that I ever knew. He always has been a role model and a mentor figure. When I was appointed to my job in Oxford in 1991, which was his job, Albert was still alive and he came to Oxford every week. Every Thursday we would have a chance to meet and talk. Those were certainly conversations that taught me a lot about my craft as a historian. His book was the last major survey of Arab history. And I wanted to write a book that would be a companion to his.

Eugene Rogan: Although he himself was a modern historian three quarters of his book are devoted to pre-modern history. Many people who read his book were disappointed that he would not devote more space to the modern period. I saw that there was a potential to write a modern history that would expand on what he covered. I see the two books working very well together.

Albert's book is very much a scholar's book. A lot of people without background of the region find it a difficult book to get through. I thought it would be useful to write a book that was more accessible to the general reader. That meant that I had to write in a very different voice than Albert. Here I've tried to adopt much more of a narrative style. My book is almost cinematographic. You feel that you can see the camera move across a dramatic landscape peopled with rich and diverse characters.

In the Arab history of the 20th century you see Arab nationalism as one of the major driving forces. Is this ideology completely outdated nowadays?

Eugene Rogan: We would have dismissed Arab nationalism by the end of the 20th century as no longer politically relevant. But 2011 has shown how relevant the Arab experience is across a cultural zone defined by the Arabic language and the Muslim religion. 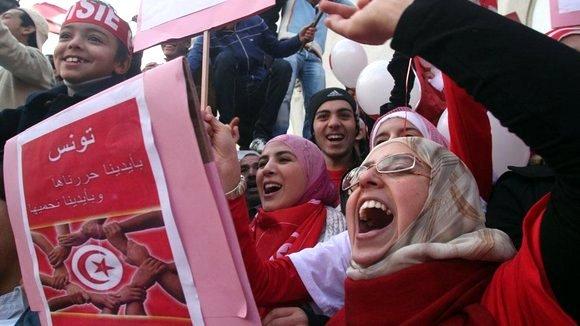 Departure from living modern history by somebody else's rules: "There is a sense of a new-found pride among the Arabs because they were leading a global movement of protest against unaccountable government and inequality"

​​The fact that events in Tunisia could so inspire the actions of the Arab citizens in Egypt, in the Middle East, in the Arabian peninsula tells you that there is a cultural political community of Arabs who relate to each other far more immediately than they relate to people anywhere else. To me 2011 was the reemergence of an Arab political identity as a real factor as we hadn't seen it since the heydays of Arab nationalism. So I would say Arab political identity is still a force to be reckoned with.

You identify the Islam as another major driving force in the modern Arab history. After 2011 the Islamists seem to be the strongest power. How should the West deal with them?

Eugene Rogan: The US and Europe must come to terms with a new political order dominated by Islamic actors who claim to be very inspired by the example of Turkey and who see the opportunity now to try and reshape the political order to give freedoms and to respect the values, cultures and traditions of each of their countries. Whether this means that democracy in the Arab world is going to correspond to democracy as it is practiced in Britain or America is unlikely. But that's never been the basis on which Western powers have conducted relations with states in the region.

The temptation the West must resist is to try and shape the politics of the region, to try and influence liberal parties over Islamists parties, to try and disadvantage the Muslim Brotherhood in Egypt or Ennahda in Tunisia. All that would only backfire and would create more support for Islamists actors and more hostility to the West.

How do you see the near future of the Arab world?

Eugene Rogan: I'm very optimistic for the Arab world. I don't wish to be unrealistic. I know the dangers that confront the new free Arabs. But what they're leaving behind was so bad that what lies ahead must be better. The people have recovered a sense of their freedoms and their dignity. The demonstrators feel a sense of being free men and women like they've never felt it all their lives. That is a force for good.

Eugene Rogan teaches the modern history of the Middle East at the University of Oxford.

Tourists have been returning to Tunisia, Egypt and Morocco. But, given the global uncertainty caused by the Ukraine war, will the comeback be enough to save a struggling sector, ... END_OF_DOCUMENT_TOKEN_TO_BE_REPLACED

In this essay, renowned Lebanese journalist and writer Hazem Saghieh asks whether the Arab Levant, which stretches from Iraq in the East to Egypt in the West, will remain an ... END_OF_DOCUMENT_TOKEN_TO_BE_REPLACED

By 2050, the Middle East and North Africa could be dealing with many more elderly people suffering from dementia. A lack of facilities, specialists and local knowledge means the ... END_OF_DOCUMENT_TOKEN_TO_BE_REPLACED

With his fist bump greeting for a man he previously called a pariah, US President Biden has paved the way for Saudi Crown Prince Mohammed bin Salman's return to the international ... END_OF_DOCUMENT_TOKEN_TO_BE_REPLACED

Foresight is needed to turn the tide of German policy. Being independent of Russia must not lead to dependence on authoritarian regimes in the Middle East. By Kristin Helberg END_OF_DOCUMENT_TOKEN_TO_BE_REPLACED

Comments for this article: ''The Subordination of the Arab World May Be Ending''

END_OF_DOCUMENT_TOKEN_TO_BE_REPLACED
Social media
and networks
Subscribe to our
newsletter