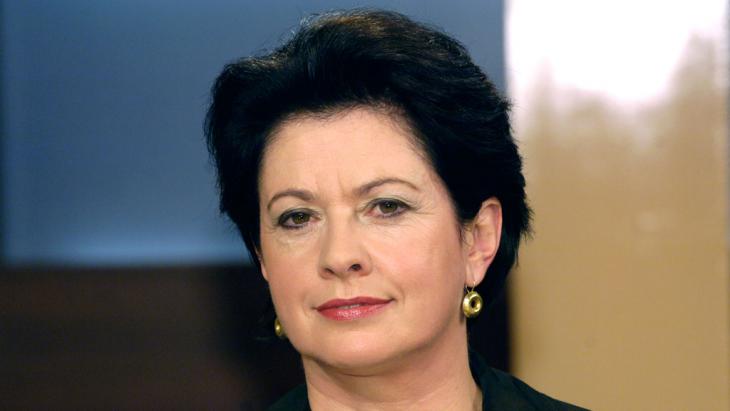 In interview with Friedel Taube, German EU parliamentarian Barbara Lochbihler points out that the liberation of Mosul does not necessarily mean peace. She would like to see a plan being drawn up for what happens next

Ms Lochbihler, what are your impressions of the situation in Erbil as multinational forces fight to free Mosul from "Islamic State" (IS)?

Barbara Lochbihler: The most important thing for me is that war crimes must not be tolerated during the liberation of Mosul. As a human rights politician, I still remember all too well what happened in May after the liberation of Fallujah. Many civilians were killed; people were tortured and executed. A couple of weeks ago, I met with the head of the National Human Rights Commission as well as representatives of the EU and the United Nations. They have all told me that it's clear to the high-ranking military that they have to prevent such things: that they have to stop their troops taking revenge. It was important for me to hear this.

Were you also told what precisely would be done to prevent such acts of violence?

Lochbihler: After Fallujah, there were efforts to reappraise what happened there. Last week the Iraqi foreign minister was the guest of the European Parliament in Brussels. He said there should be no repeat of Fallujah. He didn't go into any specifics, though – which makes it all the more important to get verified information from the villages outside Mosul – and of course from Mosul itself.

What's your assessment of the humanitarian situation?

Lochbihler: What is happening in Iraq is by far the biggest humanitarian disaster in the world. But, because of the war in Syria and other things, it's no longer being perceived as such. In Iraq there are more than 10 million people in need of humanitarian aid; 3.3 million of them are civilians who have been driven from their homes – some for the second or third time. The worst-case scenario posited by aid organisations is another 2 to 3 million Iraqis needing more humanitarian aid.

Do the aid organisations in the field have the means to cope with such a situation? 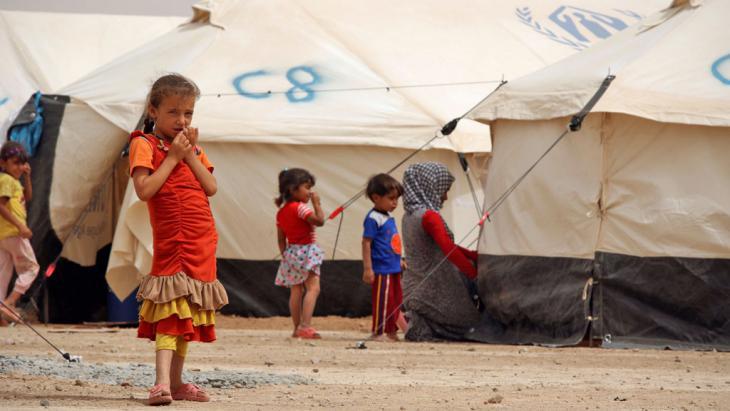 The worst is yet to come: "there are currently 25,000-30,000 refugees in the camps around Mosul and the aid workers are handling the situation well. Right now they're building tents, procuring food, hygiene articles and so on. But a representative of the United Nations who deals with routes in the east reckons that there will be 60,000 refugees. That would be too many to cope with. They would need far more funds," warns Barbara Lochbihler, Euro MP for the German Green party and former chair of Amnesty International Deutschland

Lochbihler: There are currently 25,000-30,000 refugees in the camps around Mosul and the aid workers are handling the situation well. Right now they're building tents, procuring food, hygiene articles and so on. But a representative of the United Nations who deals with routes in the east reckons that there will be 60,000 refugees. That would be too many to cope with. They would need far more funds. So far, they've received only half of the $284 million (260 million euros) that the UN wanted to raise for humanitarian aid in Mosul. I've been told that Germany is actually helping very well and generously, but the appeal is naturally aimed at other countries as well – including those in the EU.

The EU has promised 50 million euros ($55 million) in aid for Mosul. Is that enough?

Lochbihler: That may be enough, but not if it comes to the worst. Civil society groups like the Norwegian Refugee Council are also telling me that they're not in a good position if a great many refugees should come. But they're working on it. I have now satisfied myself that the EU has refined its own humanitarian aid structures and is working closely with the UN.

Another problem I've observed is that everyone coming out of Mosul is being checked – particularly young men around the age of 18. Only then are they allowed into a refugee camp. Of course, both the Kurds and the Iraqi government want to see who has collaborated with IS. But this screening takes a long time, it's not transparent and it happens time and again that refugees are wrongly suspected of having collaborated with IS. I will also emphasise in discussions with Kurdish representatives that this process must be handled by qualified personnel. 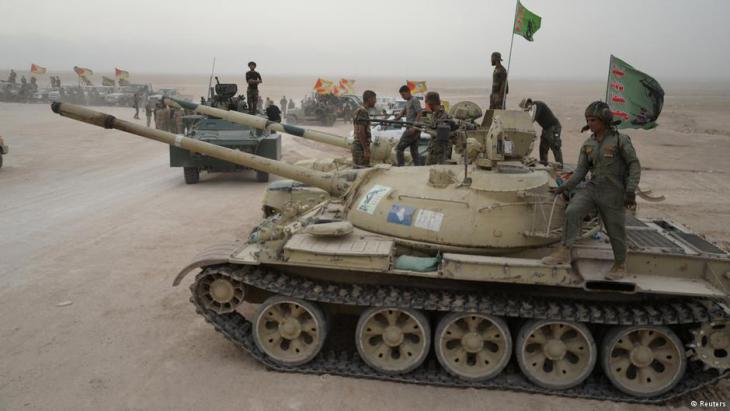 Four weeks into the offensive to retake Mosul and progress has slowed. Although the liberation of the northern Iraqi city from the hands of the extremist militia IS has now begun, the fate of millions of civilians remains uncertain. The charity "Save The Children" is demanding humanitarian corridors be established to allow hundreds of thousands of children to flee Mosul. There is an urgent need to ″grant safe passage″, thereby allowing the 1.5 million inhabitants of the city, among them 600,000 children, to leave the city

There are parties with radically different interests involved in the Mosul offensive. What's going to happen once the city is captured?

Lochbihler: The Iraqi government is using the battle as an opportunity officially to unite with other parties, such as the Kurds. But driving out IS will not resolve the question of what is to happen to Mosul. The people I've spoken to have told me it is probable that every party involved will lay claim to the area they have liberated. If that happens, the next conflict is inevitable.

What role can the EU play in this?

Lochbihler: The EU is seen by the populace as an "honest broker". They value its assistance. Many people wish that the EU would become proactively involved in the political process. As a member of the European Parliament, when I hear this, I am of course in favour of it, too. But I also know how often there are arguments on the European Council – and how the EU is weakened because it doesn't speak with one voice.

The EU should focus more on the conflict in Iraq than it has done to date. You see that here in Irbil, too: there's a need for generous support in rebuilding the infrastructure, in the construction and management of the refugee camps. People need more than just a roof over their heads. They need education.

Twenty years after 9/11, the world is faced with the dual challenge of Islamophobia and anti-Westernism. Ahmet Kuru argues that Muslims in the West, well versed in both Western ... END_OF_DOCUMENT_TOKEN_TO_BE_REPLACED

Two decades after the attacks of 11 September 2001, the West faces the shattered debris of its failure – not only in Afghanistan, but also in Iraq, Syria, Libya and Yemen. What ... END_OF_DOCUMENT_TOKEN_TO_BE_REPLACED

Twenty years after 9/11, the United States is recalibrating its war policy. However, its assertions that the era of endless wars is over are a myth, writes Maha Hilal END_OF_DOCUMENT_TOKEN_TO_BE_REPLACED

The coronavirus pandemic has turned lives upside down all over the world. In the Middle Ages, however, people lived with epidemics all the time. The best and most famous ... END_OF_DOCUMENT_TOKEN_TO_BE_REPLACED

While agreeing last week to a withdrawal of US combat troops from Iraq, neither Iraqi nor US leaders can admit publicly how much they need each other. By Cathrin Schaer END_OF_DOCUMENT_TOKEN_TO_BE_REPLACED

Reading Hassan Blasim's God 99 is an immersive experience of grief and exaltation, anger and disgust, writes Marcia Lynx Qualey. We join the Iraqi narrator as he sits around in ... END_OF_DOCUMENT_TOKEN_TO_BE_REPLACED
Author:
Friedel Taube
Date:
Mail:
Send via mail

END_OF_DOCUMENT_TOKEN_TO_BE_REPLACED
Social media
and networks
Subscribe to our
newsletter