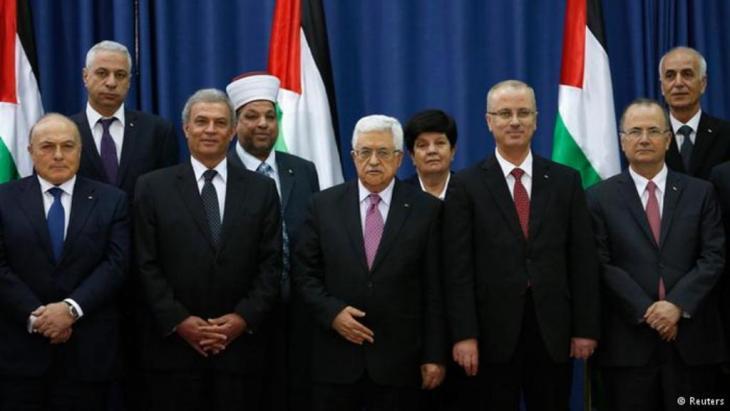 In light of the inability of those involved in the Gaza conflict to make peace, Europe cannot just stand on the sidelines and watch. If it does, the conflict will come here. The ostracisation of Hamas has proved counter-productive. A commentary by Abdel Mottaleb El Husseini

The West's reaction to the repeated bloody confrontations between Israel and Hamas seems to have become a ritual. First, it affirms Israel's right to defend itself; then it calls for the civilian population to be spared – something which is factually impossible. Such a cosy, hypocritical attitude confuses the cause and effect of the conflict in Gaza and ignores the threat it poses not only for the whole of the Middle East, but also for Europe itself.

The current murderous war in Gaza is not just about the protection of the Israeli population against Hamas rockets, as the Israeli government claims. It is also an expression of the failure of the Israeli-Palestinian peace negotiations and demonstrates the new political polarisation of the Arab world. The blockade of Gaza, which has been in place since 2007, also increases the misery of its population and lends political strength to Hamas.

Israeli Prime Minister Benjamin Netanyahu's insistence on the settlement policy in the Palestinian-occupied areas has made the two-state solution practically impossible.

The Palestinians' hopes of independence and the end of the Israeli occupation that has being going on since 1967 have been dashed once again. The fact that Palestine's President Mahmoud Abbas, whose negotiations failed, was forced into reconciliation with Hamas, did not come as a surprise. What is surprising is the inaction of the USA and the EU with regard to Israel's violation of the 1993 Oslo Agreement. 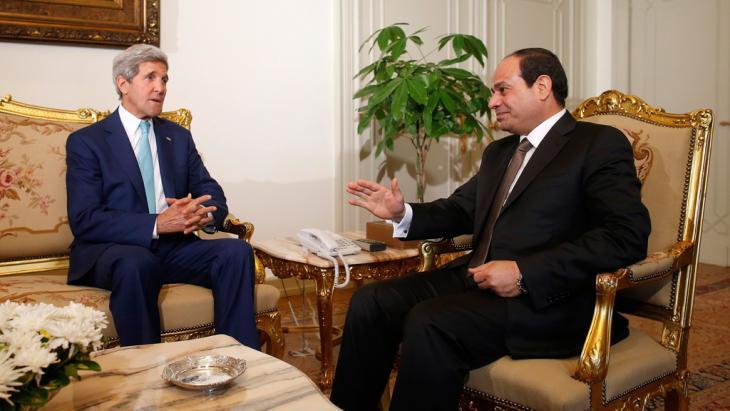 War in a changed geopolitical environment. "The ousting of the Muslim Brotherhood in Egypt last year also saw Hamas fall out of favour with the new leaders in Cairo. Both Egypt and the majority of the Gulf States, led by Saudi Arabia, have an interest in seeing Hamas defeated," writes Abdel Mottaleb El Husseini. Pictured here: Secretary of State John Kerry talking to Egyptian President Abdul Fattah al-Sisi

Israel still enjoys political immunity and the unconditional support of the West. The Israeli government is exploiting this status and conducting the military operation in Gaza in order to prevent the national reconciliation of the Palestinians and to perpetuate the occupation of Palestinian territory.

The current war in Gaza is being abetted by the political polarisation that has come about in the region since the Arab Spring. The ousting of the Muslim Brotherhood in Egypt last year also saw Hamas fall out of favour with the new leaders in Cairo. Both Egypt and the majority of the Gulf States, led by Saudi Arabia, have an interest in seeing Hamas defeated. On the other hand, Hamas enjoys political and material support from Turkey and Qatar. This makes it difficult to bring an end to a war that has been particularly devastating for the civilian population in Gaza.

The fact that Hamas, which was on the point of political collapse prior to the Israeli military offensive, has returned with full force to the political scene in Palestine is one of the ironies of this story. It has also been able to reconcile with Iran and Hezbollah, after its decision to go against the demands of Tehran and side with the Syrian opposition. 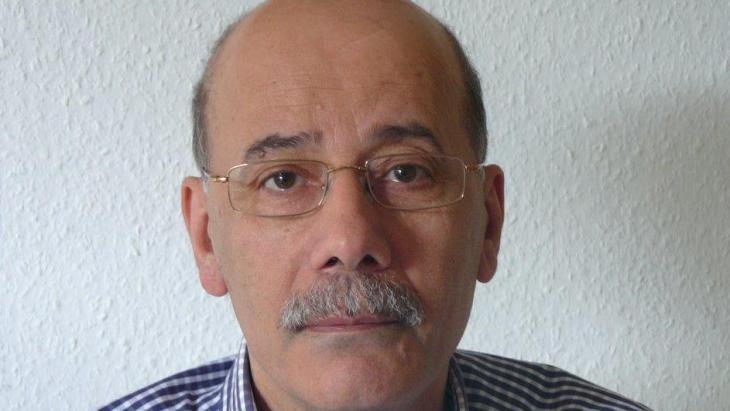 The Lebanese journalist and political scientist Abdel Mottaleb El Husseini (pictured here) calls on Europe to enter into a direct dialogue with Hamas. He is convinced that the ostracisation of Hamas has been fruitless

The EU should assume greater responsibility

As the states directly or indirectly involved in the war in Gaza are incapable of silencing the guns, the EU – and in particular Germany – cannot remain on the sidelines.

Europeans must face up to their moral and political responsibility for the genesis and development of the Arab–Israeli conflict, and prevent it spreading to their own countries. They cannot subsidise the occupation, which violates international law, with their financial aid for the Palestinian Authority, or accept the policies of Israel's right-wing government without criticism. If the Europeans don't help end the conflict in Gaza, the conflict will come to Europe, which is already happening in the form of the protests taking place in European countries.

The EU's ostracisation of Hamas has so far proven counter-productive. It has neither changed nor weakened the Islamist organisation. An end to the inhumane blockade of Gaza, an immediate ceasefire and the revival of peace talks on the basis of international law would also help strengthen the moderate tendencies within the organisation. The Europeans must conduct a direct dialogue with Hamas.

Dalia Hatuqa is an experienced journalist who has reported on the Israeli-Palestinian conflict from Ramallah, Washington DC and Amman. A writer for Time Magazine, Foreign Affairs ... END_OF_DOCUMENT_TOKEN_TO_BE_REPLACED

Since President Abdul Fattah al-Sisi seized power in Egypt in 2013, he has ruled the country with an iron fist. Civil society, opposition and free press struggle to survive. Tens ... END_OF_DOCUMENT_TOKEN_TO_BE_REPLACED

Very different Western reactions to the suffering in Ukraine and the Arab world show that there is a profound rift among cultures. Essay by Michael Young END_OF_DOCUMENT_TOKEN_TO_BE_REPLACED

Many Turks are dissatisfied with the international status of their country. At the same time, opinion polls reveal great scepticism among the Turkish population towards the USA. ... END_OF_DOCUMENT_TOKEN_TO_BE_REPLACED

Since Spain abandoned its traditional neutrality towards the conflict in Western Sahara, Morocco has announced a "new phase" in relations between the two countries. But what is ... END_OF_DOCUMENT_TOKEN_TO_BE_REPLACED

Tunisia's president has been carrying out a coup by degrees, demolishing the country's hard-fought democratic gains bit by bit. With an economy in turmoil and a splintered ... END_OF_DOCUMENT_TOKEN_TO_BE_REPLACED

Comments for this article: "The Europeans must conduct a direct dialogue with Hamas"

War does not decide who is ?

Israeli war will not decide how and what is right but how & what is left.

END_OF_DOCUMENT_TOKEN_TO_BE_REPLACED
Social media
and networks
Subscribe to our
newsletter