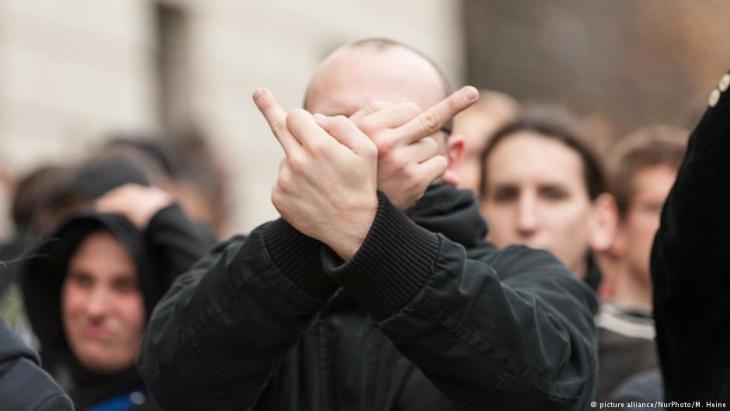 Europe and the USA

When anti-Semitism and Islamophobia join hands: The racist vortex

The campaign against George Soros is fuelling a dangerous symbiosis between anti-Semitism and Islamophobia, argues political scientist Farid Hafez

There was probably a time when the current leader of the Hungarian conservative party, Fidesz, Viktor Orban, was quite grateful to George Soros. Back in 1988, as a 25-year-old fresh law graduate, he became a member of the Central-Eastern Europe study group funded by the Soros Foundation. A year later, he received a Soros scholarship to study British liberal political philosophy at Pembroke College, Oxford University.

And in more recent times, Soros donated $1m to Orban's government to cope with the environmental disaster in the town of Devecser, which was flooded with toxic sludge from a nearby aluminium factory in 2010.

But today, Orban has no words of gratitude for Soros. Rather, he has launched a vicious campaign against his former benefactor. And while his aggressive rhetoric is verging on anti-Semitism, the Hungarian prime minister has also – strangely enough – managed to weave in Islamophobic threads into his verbal attacks on Soros. And surprisingly (or not), this symbiosis of anti-Semitism and Islamophobia has been well received elsewhere in Europe and even the US.

A symbiosis of anti-Semitism and Islamophobia

Although Orban is said not to be anti-Semitic himself but rather deeply opportunistic, he has turned his former benefactor Soros into the ideal scapegoat for the Hungarian government's failures. Pushing for illiberal policies and anti-EU reforms, Orban has been using Soros' name in his populist rhetoric on a regular basis. He has been pandering to anti-Soros conspiracy theorists in Eastern and Central Europe, many of whom hold anti-Semitic views and enthusiastically spread their theories about "Jewish conspiracies" to dominate the world.

The Muslim and the Jewish "other" – a centuries-old image: ″today, the ′international Jewish conspiracy′ has joined the ′Islamisation conspiracy′ in the minds of many followers of the far right. Once again, there are many who want a pure white and Christian Europe. And in the past few years that has proven deadly,″ writes Hafez

Orban has not shied away from using anti-Semitic tropes, talking of Soros' "wealth, power, influence and a network of NGOs" and has called him a "billionaire speculator." It was no surprise that when his government launched an anti-immigration campaign spreading posters of Soros with the slogan "Let's not let Soros have the last laugh," some of them got defaced with anti-Semitic statements like "Stinking Jew".

Anti-Soros politicians in Eastern and Central Europe have also joined in the chorus, with one Polish MP calling him "the most dangerous man in the world".

While propagating anti-Semitic stereotypes, Orban has also managed to accuse Soros and the EU of wanting to "Muslimise" Europe. In a speech in late July, he said that the "Soros Empire" is using "money, people and institutions to transport migrants into Europe".

In Orban's rhetoric, Soros – and his alleged "co-conspirator" the EU – threaten the Christian character of Europe. "Europe is currently being prepared to hand its territory over to a new mixed, Islamised Europe. […] In order for this to happen, for the territory to be ready to be handed over, it is necessary to continue the de-Christianisation of Europe – and we can see these attempts," he said. Orban's Islamophobic accusations against Soros have been shared by far-right groups in Europe and the US which have attacked the Hungarian philanthropist for his perceived support for "Islamisation".

Leading Islamophobic voices polemicise against Soros. Some portray him as a Nazi sympathiser involved with Islamists, who are supposed to be "the last of Adolf Hitler's World War Two coalition partners that have yet to be vanquished"– as one right-wing website put it.

"Could it be that 'spooky dude' George Soros is playing god again? Is it really possible that the grand puppet master is pulling the strings on Europe's demise?", says an Islamophobic right-wing blog and goes on: "George Soros has all sorts of ideas – dictates, really – for how Europe must sign up for its demise by importing hordes of Muslims".

The anti-Soros campaign even managed to get into the US Congress. Six senators signed a letter calling on Secretary of State Rex Tillerson to investigate USAID funding for Soros' Open Society Foundation and its activities in Macedonia and Albania. Apparently, the letter was based on a pamphlet sent to Congress by a Macedonian group called Stop Operation Soros. 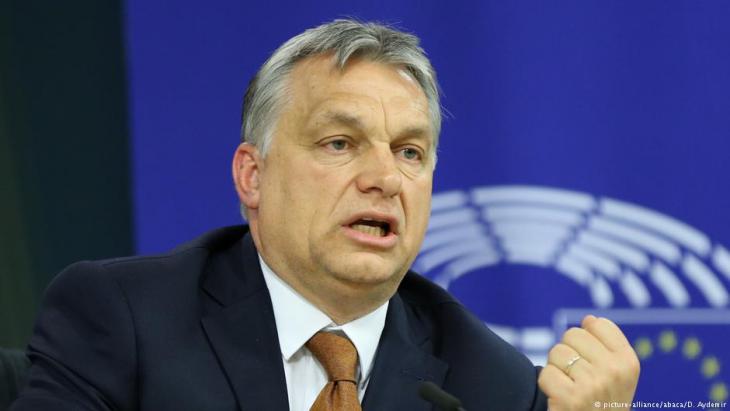 Soros and the EU are out to destroy Christendom: in July 2017, Orban was quoted as saying that "the Soros Empire is using money, people and institutions to transport migrants into Europe... Europe is currently being prepared to hand its territory over to a new mixed, Islamised Europe. […] In order for this to happen, it is necessary to continue the de-Christianisation of Europe – and we can see these attempts"

That Soros has been dragged into this racist vortex of anti-Semitism and Islamophobia should not come as a surprise.

For centuries, the images of the Muslim and the Jewish "other" have gone hand-in-hand in Western racist thought. As Edward Said wrote in his magnum opus, Orientalism is "a strange secret sharer of Western anti-Semitism".

Historically, Jews and Muslims have faced similar accusations, racist tropes and persecution. Western Europeans used both as a projection surface to imagine itself as racially pure, white and Christian. In medieval times, Jews were accused of well-poisoning to kill Christians and Muslims – of inciting them to do so. During the Reformation, Jews were portrayed as the companions of the devil who had entered into a pact with the Muslim Turks.

Today, the "international Jewish conspiracy" has joined the "Islamisation conspiracy" in the minds of many followers of the far right. Once again, there are many who want a pure white and Christian Europe. And in the past few years that has proven deadly: Anders Behring Breivik's manifesto "2083 – A European Declaration of Independence" is full of twisted Islamophobic and anti-Semitic fantasies.

Anti-Semitism and Islamophobia are not separate and unrelated. Both forms of racism go hand-in-hand today, as they have in the past and that needs to be acknowledged.

Neglecting Islamophobia as the sibling of anti-Semitism will only strengthen racist ideologues and far-right politicians, from the Breiviks to the Orbans.

Farid Hafez is a political scientist and senior research fellow at the Bridge Initiative at Georgetown University.

Home
Print
Newsletter
More on this topic
Hungary and Islam: Defending ChristendomResistance to Pegida: "Intolerance must not be tolerated"Anti-Semitism and Islamophobia: A third way, yes, but one that acknowledges the complexity of today's realities
Related Topics
AfD | Alternative for Germany, Anti-Semitism, Islamophobia, Pegida, Right-wing populism
All Topics

On 24 November 2019, the International Consortium of Investigative Journalists (ICIJ) – along with 17 media partners from 14 countries around the world – published the "China ... END_OF_DOCUMENT_TOKEN_TO_BE_REPLACED

The refugee crisis on Turkey's borders can only be resolved with a new EU deal. It should build on the current plan, but avoid its flaws, writes Ozgur Unluhisarcikli of the German ... END_OF_DOCUMENT_TOKEN_TO_BE_REPLACED

Children’s books shape the way we see the world as we grow up. In recent years calls have been growing for European publishers to reflect the increasing diversity. By Sonja ... END_OF_DOCUMENT_TOKEN_TO_BE_REPLACED

Germany and other member states of the European Union are for the first time making use of the so-called INSTEX mechanism to circumvent the sanctions imposed on Iran by the United ... END_OF_DOCUMENT_TOKEN_TO_BE_REPLACED

The coronavirus pandemic has disrupted social and economic life across the globe. But in the Middle East, authorities have coupled religious edicts with public health advice to ... END_OF_DOCUMENT_TOKEN_TO_BE_REPLACED

In the face of COVID-19, we need to admit the political mistakes of recent years and adjust our trajectory according to the compass of reality. People around the world – ... END_OF_DOCUMENT_TOKEN_TO_BE_REPLACED
Author:
Farid Hafez
Date:
Mail:
Send via mail

END_OF_DOCUMENT_TOKEN_TO_BE_REPLACED
Social media
and networks
Subscribe to our
newsletter