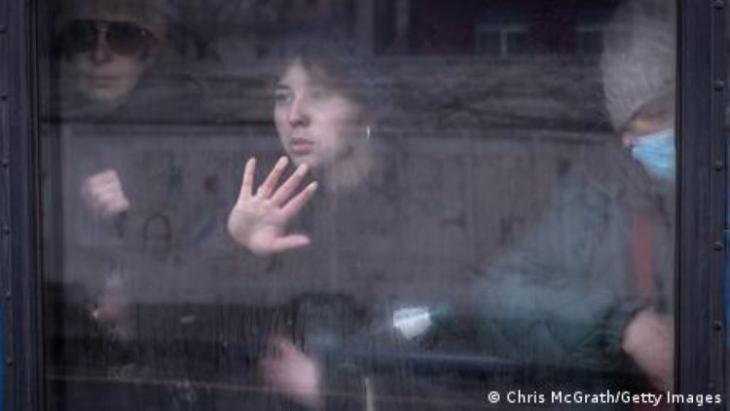 Ideally, those Europeans currently welcoming Ukrainian refugees would show the same sympathy to Syrians, Afghans and others fleeing war beyond the continent. But, argues Ian Buruma, human compassion is a rare enough commodity that we should be grateful whenever it appears

Almost 2.5 million Ukrainian refugees have fled to Poland since the Russian invasion began and more than 350,000 have entered Hungary. But in 2015, when the then-German Chancellor Angela Merkel allowed 1.1 million asylum seekers – about 40% of whom were Syrian – to enter Germany, Poland and Hungary firmly closed their borders to people escaping the carnage in the Middle East.

These divergent reactions have made some people, mostly "progressives", very angry. Surely, they argue, using tear gas and water cannon to hold back Arab asylum seekers at the Hungarian border but welcoming Ukrainians with open arms amounts to racial bias or even "white supremacy".

All human lives are equally precious. From a moral point of view, there is no difference between a traumatised young man from Aleppo and a desperate mother from Kharkiv. But, for practical and psychological reasons, countries distinguish between refugees on the basis of culture, religion, language and politics. This is especially true of countries with relatively homogeneous populations, like Poland today.

Similarly, while Thailand has previously taken in hundreds of thousands of refugees from Cambodia, Laos and Myanmar, admitting a million Ukrainians would be unthinkable to most Thais. After all, integrating people from neighbouring countries is difficult enough.

A question of identification

Most people, Thais as much as Poles, find it easier to identify with the fate of those who resemble them, not just physically, but also in terms of social and cultural background. The suffering of others feels more remote. This is not fair. Ideally, such distinctions should make no difference. But true universalists are rare. 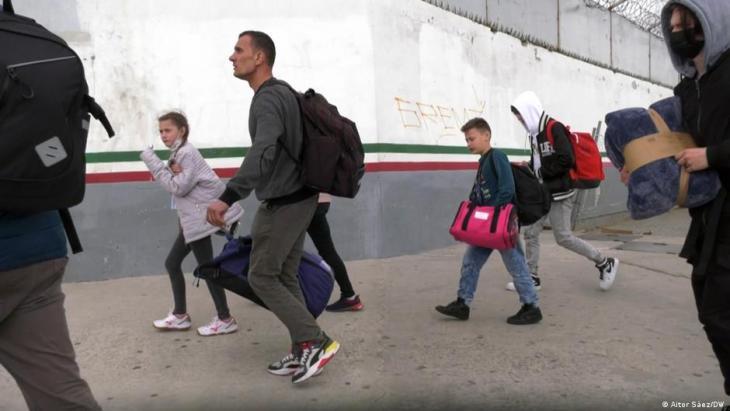 All life is equally precioius: "From a moral point of view, there is no difference between a traumatised young man from Aleppo and a desperate mother from Kharkiv. But, for practical and psychological reasons, countries distinguish between refugees on the basis of culture, religion, language and politics," writes Buruma. "This is especially true of countries with relatively homogeneous populations"

In fact, those on the left who embrace the causes of what used to be called the Third World – and are quick to denounce others as racists – are themselves sometimes guilty of prejudice. The same people who fly into a towering rage over every injustice suffered by Palestinians at the hands of the Israeli authorities are often much less exercised by even worse atrocities committed in Eritrea, Sudan or Myanmar.

This, too, has much to do with identification. Many Israelis have European roots; violence in Gaza or the West Bank reminds Western anti-imperialists too much of Europe’s colonial past. Something similar used to shape attitudes toward South Africa. Apartheid was a wicked system. But the fact that it was devised by white men somehow made it seem worse than the murderous regimes of Mobutu Sese Seko in the Democratic Republic of the Congo or Idi Amin in Uganda.

Such views betray, however unconsciously, a pernicious double standard. It is as if one cannot expect Congolese or Ugandans to have the same understanding of human rights as white people, but that Israelis, who are more like Europeans, should know better.

Sharing a common territory is no guarantee of decent behaviour, either. In fact, the opposite may be the case. Civil wars are often even more barbarous than wars between different countries. Think of the bloody partition of India and Pakistan in 1947, or the genocide in Rwanda and the slaughter in the Balkans in the 1990s. Killing in such conflicts is almost always preceded by unspeakable degradations, with linguistic, religious, or ethnic differences politicised to the point of lethal salience.

Social intimacy must account for this brutality to some extent. Hacking to death a neighbour whose children attended birthday parties at your home cannot be easy and requires overcoming inhibitions. Before you can kill someone you know so well, he or she must be degraded, robbed of all dignity, reduced to nothing you recognise as human anymore. That is why Rwandan Hutus were whipped into a frenzy by agitators who urged them to hunt and kill Tutsi "cockroaches". To Hutu chauvinists, Tutsis were creatures worthy only of extermination. 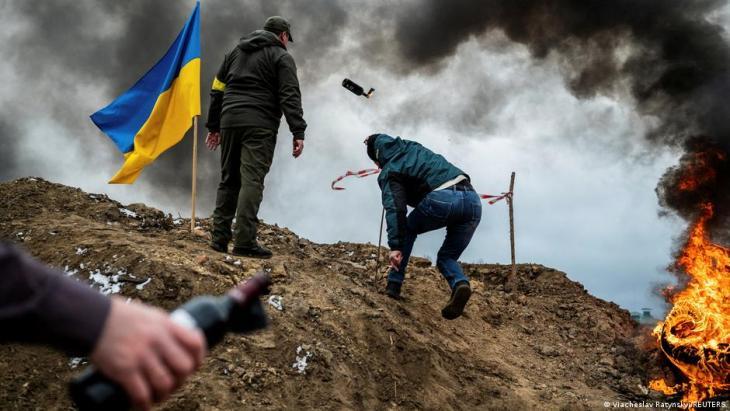 Close, but not the same: the Russian speakers in Kharkiv, Mariupol, Odesa and elsewhere identify with Ukraine, not Russia. "Russian and Ukrainian cultural, religious, and linguistic identity overlaps in many ways," writes Buruma, "But the war has put the lie to Russian President Vladimir Putin’s claims that Ukraine is not a real country and Ukrainians are not a real people. Whereas many Russian soldiers appear not to have a clue what they are fighting for, Ukrainians do not have to be told"

'The narcissism of small differences can engender great hatred'

Even before Russia invaded Ukraine, a civil war had been raging since 2014 between Russian speakers in the east and Ukrainian speakers in the west. In fact, Ukraine is even more complicated than that. President Volodymyr Zelensky, who has courageously stood up to Russia’s aggression, is a native Russian speaker; the Russian speakers in Kharkiv, Mariupol, Odesa and elsewhere identify with Ukraine, not Russia. Russian and Ukrainian cultural, religious, and linguistic identity overlaps in many ways. But the war has put the lie to Russian President Vladimir Putin’s claims that Ukraine is not a real country and Ukrainians are not a real people. Whereas many Russian soldiers appear not to have a clue what they are fighting for, Ukrainians do not have to be told.

Tragically, the narcissism of small differences can engender great hatred. A recording of Ukrainian soldiers shooting with machine guns at chained-up Russian prisoners of war was initially dismissed as more Russian propaganda. But we should not have been surprised when it turned out to be real. And evidence has recently emerged of atrocities apparently committed by Russian troops against Ukrainian civilians, including torture, sexual assault and executions.

So, let us praise the Poles and Hungarians offering a helping hand to Ukrainians who desperately need one. It would be wonderful if Europeans showed the same sympathy toward Syrians, Afghans, and other victims of wars outside the continent. But the fact that, on the whole, they do not is no reason to smear East Europeans as white supremacists. Human compassion is a rare enough commodity that we should be grateful whenever it appears.

Ian Buruma is the author of numerous books, including Murder in Amsterdam: The Death of Theo Van Gogh and the Limits of Tolerance, Year Zero: A History of 1945, A Tokyo Romance: A Memoir, and, most recently, The Churchill Complex: The Curse of Being Special, From Winston and FDR to Trump and Brexit.

One year on from the Taliban's return to power in Afghanistan, some cracks are opening within their ranks over the crucial question of just how much reform their leaders can ... END_OF_DOCUMENT_TOKEN_TO_BE_REPLACED

"Flugt" is the world's first museum dedicated to the stories of those forced to flee. The new museum, which focuses on the fates of refugees then and now, is housed in a former ... END_OF_DOCUMENT_TOKEN_TO_BE_REPLACED

Foresight is needed to turn the tide of German policy. Being independent of Russia must not lead to dependence on authoritarian regimes in the Middle East. By Kristin Helberg END_OF_DOCUMENT_TOKEN_TO_BE_REPLACED

Rumi's poems, though generally stripped of their Islamic symbolism, are hugely popular around the world. Yet Islamic mysticism is still very much at the heart of these verses. ... END_OF_DOCUMENT_TOKEN_TO_BE_REPLACED

Very different Western reactions to the suffering in Ukraine and the Arab world show that there is a profound rift among cultures. Essay by Michael Young END_OF_DOCUMENT_TOKEN_TO_BE_REPLACED
Author:
Ian Buruma
Date:
Mail:
Send via mail

END_OF_DOCUMENT_TOKEN_TO_BE_REPLACED
Social media
and networks
Subscribe to our
newsletter