Europe's Iran Policy
Breaking out of the Spiral of Mistrust

The West should reach out to Iran on the issue of nuclear power, but should take a firm stance on human rights abuses, writes Volker Perthes, the respected Middle East expert and director of the German Institute for International and Security Affairs in Berlin

​​ Staff in the foreign ministries of the United States, the EU, and Russia were unsure what outcome to hope for in the run-up to the presidential election in Iran in June 2009. On the one hand, they hoped that the opposition candidate Mir Hossein Mousavi, who promised to put Iran back on a liberal, reform-oriented course, would emerge victorious. On the other, they assumed that they would only be able to make progress on the nuclear issue with a hard-line president.

After all, any Iranian president who made compromises with the international community would have to build acceptance for them back home. It was felt that a reformist president would meet with resistance from the conservatives in such a situation. What's more, whatever sympathy the West has for the concerns of the reformers, Iran's home affairs are not one of international politics' top priorities.

For years, the West's Iran policy has focussed almost exclusively on the atomic question. Other issues – not least that of human rights, which used to play a role in trade agreement negotiations between Europe and Iran – are fading more and more into the background.

Because of the regional and international consequences of Iran's potential military nuclear capability, the international community largely agreed that the atomic issue was of overriding importance.

Loss of legitimacy because of massive repression

Mahmoud Ahmadinejad did actually demonstrate his willingness to keep talking to the members of the Security Council and Germany in order to reach at least an interim diplomatic solution to the nuclear dispute. However, although he undoubtedly belongs to the hardliner camp, he did not succeed in doing so. 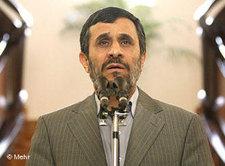 In the winter of 2009, President Ahmadinejad failed to convince the Iranian leadership that the enrichment of Iranian uranium should be relocated abroad. He reacted by provoking the international community in an attempt to demonstrate strength at home

​​ To understand why, one has to take a look at the domestic situation in Iran. The brutal oppression of the ongoing protests has severely dented the legitimacy of the Iranian regime. The country's established political elite is deeply divided. Any attempts to commit the various strands of the regime to a common line have failed thus far.

President Ahmadinejad assumes – and he is probably quite right in this – that a foreign policy success would restore his domestic popularity ratings and that détente in the country's relations with the United States and Europe would also help improve Iran's precarious economic situation.

This is why he was willing to agree to the arrangement negotiated in Geneva and Vienna in the autumn of 2009, whereby Iranian uranium would be processed in Russia and France in order to produce the fuel rods needed to operate the medical research reactor in Tehran that was originally supplied by the Americans.

A return to stalemate

This creative diplomatic solution ultimately came a cropper because Ahmadinejad's opponents in the Iranian leadership did not want to allow him any foreign policy successes. When another of Ahmadinejad's advances failed in early February, the president switched tactics: he opted for political escalation, not by firing against his domestic opponents, but by demonstrating his unbending will to the outside world.

In a show of foreign policy provocation and an attempt to demonstrate strength at home, he ordered the enrichment of uranium in Natanz to 20 percent to enable operation of the research reactor. Now, Iran's readiness to accept an agreement whereby Iranian uranium would be exchanged for fuel rods for the reactor – which Iran still cannot produce itself because it does not have the necessary facilities – was only mentioned by the by.

In the wake of the last report from the International Atomic Energy Agency (IAEA), the Security Council will impose sanctions. If no agreement is reached at that level, the United States and Europe will do so. This would in all likelihood increase tension in the Gulf region and isolate Iran and its society even more from the international community. If that happens, politicians in both Tehran and in Western capitals would be able to emphasise that they did not back down on the issue of Iran's nuclear programme.

Rapprochement on the atomic question?

Nobody would gain much by this. Hardly anyone believes that the sanctions being discussed at the moment would really result in a change of course in Tehran. 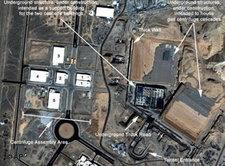 In February 2010, a spokesperson for the Iranian atomic energy agency announced the start of the enrichment of uranium to 20 percent at the facility in Natanz. The official line is that the resulting uranium will be used for research and medicine

​​ While military disputes are rather unlikely – the American administration is not interested in waging another war in the Middle East, and Israel could not take any effective steps to counteract the Iranian nuclear programme without the support of the Americans – any increase in tension in the region would not be helpful in terms of the situation in Iraq and Afghanistan.

In a stalemate situation such as this, it is important to consider a more enriched policy towards Iran, a policy that goes beyond the atomic dispute without actually losing sight of it.

Such a new policy could be built on three to four central pillars: Firstly, in the atomic question, the policy could focus on reaching the minimum goal in the short term; this would be a prerequisite for subsequent, more far-reaching negotiations. To this end, the West could accept the Iranian proposal to start by putting 800 kilograms of uranium enriched in Iran under the control of the IAEA in order to exchange it for the fuel rods needed to operate the research reactor in Tehran.

For this to happen, however, Iran would have to provide more details on the proposal immediately and start negotiations with the IAEA. Another feasible option would be the interim storage of Iranian uranium in Turkey.

While Washington in particular would feel that such an agreement does not go far enough because Tehran would still be in control of considerable amounts of enriched material, the international community would not lose anything by it: existing sanctions would not be lifted and all offers to take further steps would remain on the table, such as the "freeze for freeze" proposal that would see the simultaneous lifting of sanctions and the interruption of the Iranian enrichment programme. 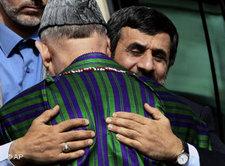 "Re-establishing a minimum level of trust": According to Volker Perthes, it is particularly important that Iran is involved in regional efforts to stabilize Afghanistan."

​​ Above all, it would prevent Iran from continuing its programme to enrich uranium to higher levels, thereby taking yet another permanent step forward in the nuclear dispute. Moreover, and this is one of the lessons of the Cold War, while minimum agreements do not solve the actual problem, they do create more diplomatic room to manoeuvre.

Secondly, Western policy should adopt a more definite rhetoric on the issue of human rights. The way that the Iranian government deals with dissidents and journalists is inacceptable. Moreover, the demand that Tehran adheres to international human rights conventions and at least guarantees basic rights, which are in fact anchored in the Iranian constitution, is not impermissible meddling in the country's domestic affairs.

There are a number of ways in which the EU can drive this demand home. It could draw up a list of Iranian functionaries who are responsible for glaring human rights violations and refuse to grant these people visas. At the same time, European states in particular should make it clear that they will continue to promote cultural and scientific exchange between Europe and Iran and will continue to welcome Iranian students. Support for political dialogue between parliamentarians or scientists should also continue.

Thirdly, for the very reason that a negotiated solution to the atomic dispute is currently a distant hope, opportunities for co-operation in other problematic areas should be investigated. It is particularly important that Iran is involved in regional efforts to stabilize Afghanistan and to restrict drug smuggling. 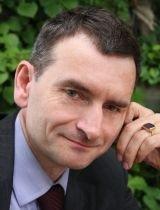 ​​ In order to ensure that Iran and other states in the region are involved as equal partners, a contact group for Afghanistan should be set up. This group should involve all of Afghanistan's neighbours, the permanent members of the Security Council, the EU, and India. Afghanistan needs the support of its neighbours if it is to end its civil war and consolidate the rebuilding of the country. At the same time, practical co-operation in a body such as this would also help re-establish a minimum level of trust, which would be necessary in order to relaunch efforts to find a solution to the nuclear problem.

Fourthly, the United States and Europe would have to respond to the question being posed by the fearful and those who are sceptical about the entire diplomatic process: what would happen if Iran crossed the threshold and acquired nuclear military capability?

Even if we have not yet reached this point – despite the IAEA's most recent estimates – and will not reach it for some time to come, the answer lies in the concept of increased deterrence, in Washington providing its friends in the Near and Middle East with plausible security guarantees.

The stationing of anti-missile defence systems on American ships in the Persian Gulf is, therefore, the right signal to send to all parties involved: it enhances the security of Israel and the small Gulf states and simultaneously demonstrates this fact clearly to Tehran without actually giving up the prospect of engagement with Iran.

Iran's Nuclear Ambitions
Fear of Mideast Arms Race
As Iran continues to develop its nuclear program, analysts fear that an arms race in the Middle East could begin. If sanctions continue to fail, these analysts say that military action is necessary to prevent this. Bettina Marx reports

Interview with Karim Sadjadpour
"The Iranian Regime Is Now More Vulnerable Than Ever Before"
Karim Sadjadpour is an Iran expert and associate at the Carnegie Endowment for International Peace. Birgit Kaspar has talked to him about the situation in Iran and perspectives in the nuclear crisis with the West

END_OF_DOCUMENT_TOKEN_TO_BE_REPLACED
Social media
and networks
Subscribe to our
newsletter