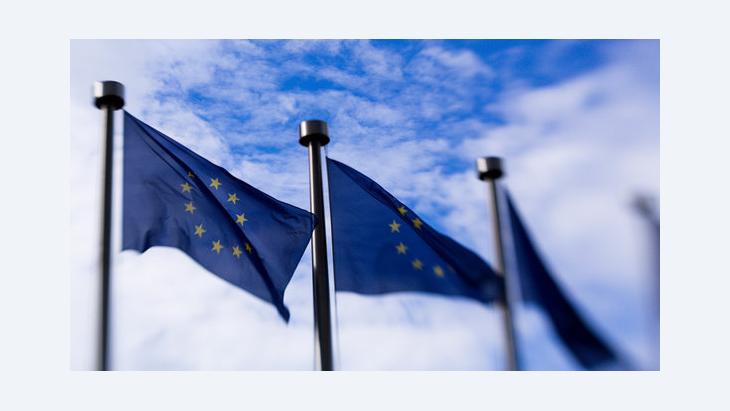 Union of the Unwilling

﻿The Syrian conflict has shown that the UN's "responsibility to protect" concept and the EU's common foreign and security policy are no more than wishful thinking, writes Andreas Zumach

At least 80,000 killed, four million refugees inside and outside the country's borders and the destruction of thousand-year-old cities and precious, irreplaceable cultural assets: the number of victims and the costs of the civil war in Syria are staggering.

Beyond all this suffering and loss, the armed conflict that has now been raging for over two years has unmasked as myth and wishful thinking two assertions that have become part of the standard repertoire of many politicians since the end of the Cold War, particularly in Western states. Firstly, the assertion that the community of nations has a "responsibility to protect" in cases of genocide and other serious human rights violations. Secondly, the assertion that the member states of the European Union have a common foreign and security policy.

The concept of the "responsibility to protect" was developed after the genocides in Rwanda and Bosnian Srebrenica in the mid-1990s, mainly at the instigation of Canada. Essentially, it means that when a government is either incapable or unwilling to protect its own population from genocide, crimes against humanity and other severe human rights violations, the responsibility to protect them is transferred to the UN.

Authorised by a mandate from the UN Security Council, the international community can then use political and diplomatic means, economic sanctions and also – in extreme cases – military instruments to prevent or put an end to severe human rights violations. Such human rights violations are no longer regarded as purely the "internal affairs" of a country, in which – according to the UN Charter of 1945 – no outside intervention is allowed.

Although the protection concept was granted political approval by a resolution at a UN summit in autumn 2005, it has not yet been cast into the form of a treaty formally signed and ratified by the UN member states. Such a treaty would make the concept binding under international law. 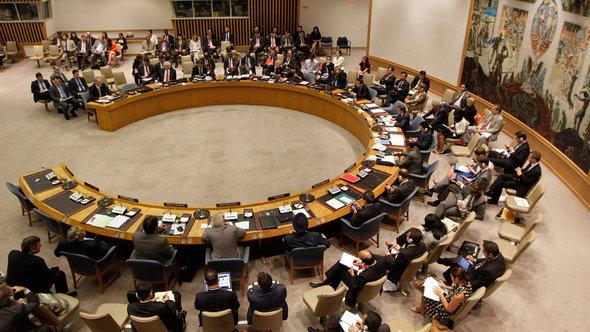 Potentially powerful political instrument: in accordance with the UN's "responsibility to protect" concept, the UN Security Council can in cases of genocide, crimes against humanity and other severe human rights violations, pass a mandate that would authorise the international community to use political and diplomatic means, economic sanctions and possibly even military means to prevent or put an end to severe human rights violations in a particular country

The "responsibility to protect" is therefore by no means a new "norm under international law", as some politicians have falsely claimed, including in Berlin. Nor has it yet become "customary international law", just because the UN Security Council first referred explicitly to the "responsibility to protect" in its March 2011 resolution for the establishment of a no-fly zone over Libya.

However, this international law debate is absolutely futile in view of the current situation in Syria. There have been no serious attempts to effect de-escalation by means of political pressure since the beginning of the conflict two years ago. Instead, US president Barack Obama and government leaders in Paris, London and Berlin preferred to attract headlines with public calls for Assad's resignation at an early stage.

When the Syrian president ignored these calls, Western governments had no strategy to implement their demands. All the economic sanctions imposed since then have had no effect.

Even those who make a public show of calling for military intervention out of purely populist motives are wary of taking such a step in Syria. The risks are significantly greater than in the case of the NATO-led military intervention in Libya two years ago or the Anglo–American war on Iraq in the spring of 2003.

Firstly, the Syrian armed forces are much stronger and better equipped than their Libyan and Iraqi counterparts were. Secondly, there is a risk that Iran, Israel, Lebanon and other states bordering on Syria might get involved militarily. Thirdly, Western capitals are becoming increasingly uncertain and concerned about whom a military intervention in Syria would ultimately help, and into whose hands control of the country or certain regions might fall were the Assad regime to collapse. 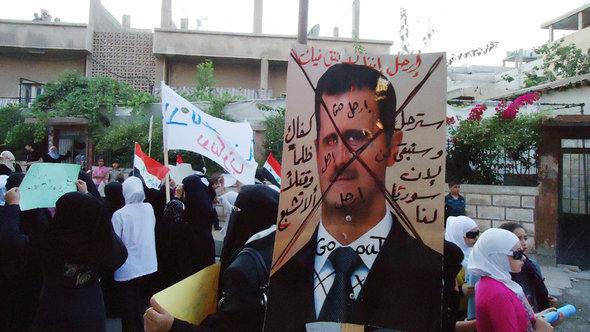 What would a post-Assad future hold for Syria? Some in the West have grave reservations about a military intervention in Syria, arguing that no one can at present say for certain whom intervention would really help and who would control Syria were the Assad regime to collapse

So far, a large proportion of the weapons obtained since autumn 2011 for the "Free Syrian Army" – with the knowledge and political support of the Obama administration and other Western governments – and financed by petrodollars from Saudi Arabia and Qatar has actually ended up in the hands of the Islamist al-Nusra brigades and other militias linked with al-Qaida.

Although their propaganda is currently also directed against the Assad regime, their aim is not a democratic successor government in Damascus, but the prevention of every functioning central instance in the capital; they hope to rule over parts of the country themselves.

In view of these uncertain factors and difficult challenges, the assertion that the EU has a common foreign and security policy has once again proved to be wishful thinking. That was the case 20 years ago, when the same thing was first proclaimed in Brussels with regard to the secession and civil wars in the former Yugoslavia.

In 1991, the then President of the Council of the EU, Luxemburg's Foreign Minister Jacques F. Poos, boasted that the EU could cope with the situation in the Balkans, and said that the USA should keep out of this European matter. The rest is history.

In the case of Yugoslavia, there was no common foreign and security policy in the EU because its three main players – France, Britain and Germany – were on different sides of the inner-Yugoslavian conflict.

In the current case of Syria, it is once again differing interests on the part of the three leading EU countries that are preventing a common European policy. The most recent illustration of this was the three-way tug of war between Berlin, London and Paris over an extension of the EU arms embargo against Syria. The growing competition between the EU's three major states over lucrative arms export markets on the Persian Gulf is at the very least a contributing factor.

Andreas Zumach (b. 1954) is a UN correspondent in Geneva. He trained as an economist, journalist and social worker. His most recent book is Die kommenden Kriege (The wars to come), published by Kiepenheuer & Witsch Verlag.

Home
Print
Newsletter
More on this topic
The West and the Conflict in Syria: The Ghost of Saddam's WMDEuropean Policy on Syria: The Time for Caution is PastSyria: Plea for a Humanitarian Intervention
Related Topics
Syrian Civil War, Syrian opposition, Arab Spring, Arabellion, Assad regime, European Union (EU), U.S. policy in the Middle East
All Topics

A broad U.S.-led effort to hold the Chinese government to international account for its abuses of largely Muslim Uighurs in Xinjiang would, at the very least, remind China that ... END_OF_DOCUMENT_TOKEN_TO_BE_REPLACED

Germany is often lauded for its atonement for its Nazi past. Yet the country upheld the structures that allowed – and allow – racism to flourish and Germanness to be intertwined ... END_OF_DOCUMENT_TOKEN_TO_BE_REPLACED

Five years after the Joint Comprehensive Plan of Action was concluded, it is on life support, following the US's reinstatement of sanctions and Iran's return to enrichment ... END_OF_DOCUMENT_TOKEN_TO_BE_REPLACED

The outpouring of solidarity worldwide following the violent death of George Floyd should prompt us to step back and fundamentally question racist structures and privileges based ... END_OF_DOCUMENT_TOKEN_TO_BE_REPLACED

The photos of the first Friday prayers in Hagia Sofia in 86 years triggered passionate and diverse responses around the world. Surrounded by a coterie of ministers, Turkey's ... END_OF_DOCUMENT_TOKEN_TO_BE_REPLACED

It was American literary figures who propagated the myth of the city of Tangier in north-western Morocco as a den of permissiveness and danger. Notwithstanding this Western view ... END_OF_DOCUMENT_TOKEN_TO_BE_REPLACED
Author:
Andreas Zumach
Date:
Mail:
Send via mail

END_OF_DOCUMENT_TOKEN_TO_BE_REPLACED
Social media
and networks
Subscribe to our
newsletter