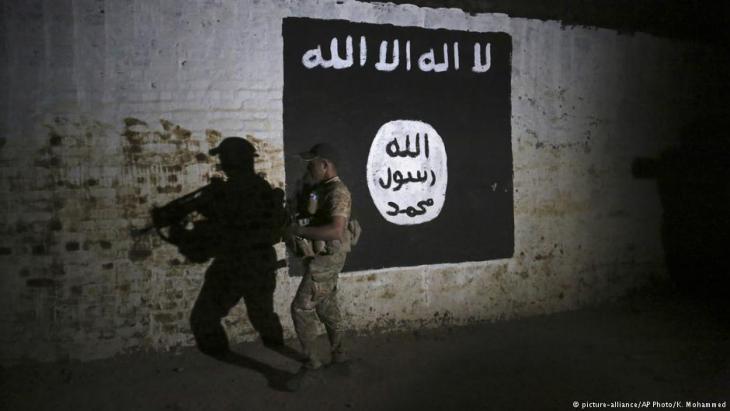 Europe's treatment of IS returnees
Eroding the constitutional state

The Europeans and Americans can't agree over what should be done with citizens imprisoned in Syria and Iraq for joining the IS cause. But as Bachir Amroune argues, these individuals should be given the same constitutional rights as anyone else accused of a crime

It is a scandal that appears to be upsetting very few people: several Western European governments do not want to accept any responsibility for their citizens who joined IS terror squads in Iraq and Syria and who are now in detention there.

It is primarily the Syrian Kurds who are struggling to keep their IS prisoners under guard and who would like to see at least the Western Europeans among them put on trial in their home countries. And because the situation in the conflict zone is still very precarious, there is also a danger that the prisoners will be released and take up arms once again.

For this reason, at a meeting of anti-IS coalition defence ministers in Rome last February, U.S. Defence Secretary James Mattis – whose nation is the Syrian Kurds' most important ally – tried to convince his European partners of the necessity of this step. But to no avail: neither the British nor the French were willing to take their citizens back. The position of Germany, represented by the acting Defence Minister Ursula von der Leyen, remains unclear.

The EU's Counterterrorism Coordinator Gilles de Kerchove says of the 5,000 Europeans who joined IS in the region, 1,500 have now returned to their home nations. It is not however known how many of those remaining are still alive, or in detention. Observers say there around 20,000 suspected IS detainees in Iraq in the Syrian Kurdish regions, with the number of Europeans thought to be in the several hundreds.

To prevent a return of there is fighters, the British are primarily relying on the trick of revoking their citizenship – wherever this is legally possible. The New York Times says London has managed to dispense with around 150 of its citizens in this manner. The French constitution prevents Paris from doing the same. 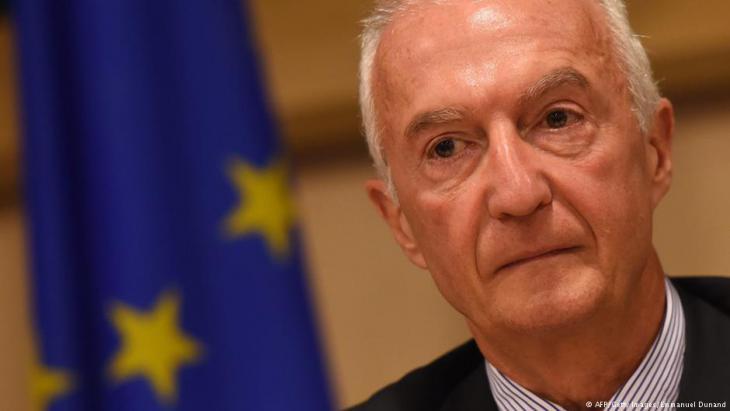 Cause for concern: of the 5,000 Europeans who joined IS in the region, 1,500 have now returned to their home nations, says Gilles de Kerchove, the EUʹs counterterrorism coordinator. It is not however known how many of those remaining are still alive, or in detention

The French newspaper Le Monde says 100 French IS supporters are in Syrian-Kurdish detention, 60 of them are minors. For Foreign Minister Jean-Yves Le Drian, one thing is for sure: these adversaries, who have committed acts of barbarity, should be tried there. And as long as they are given a fair trial, he says, Paris will not intervene.

Not only is this statement a direct contradiction of President Macron's declared wish to deal with each and every case individually, it also takes no account of local circumstances: the Syrian Kurds do not have an internationally-recognised judicial system! To say nothing of standards that correspond with European jurisprudence. There are repeated claims of torture and summary executions. By "fair", what the Minister really means is that his compatriots should not be sentenced to death. After all, this would be a sensitive issue for a country that otherwise officially campaigns for the worldwide abolition of the death penalty.

The situation is even worse in Iraq: human rights organisations such as Human Rights Watch (HRW) report the systematic abuse, rape and killing of suspected IS members and their sympathisers by Iraqi soldiers and militiamen.

Kurdish security forces are accused of the summary execution of several hundred male prisoners. For HRW, the standards of the Iraqi justice system are flawed on all levels – from the identification of suspects, to the inhumane conditions of detention, right through to the trials themselves. 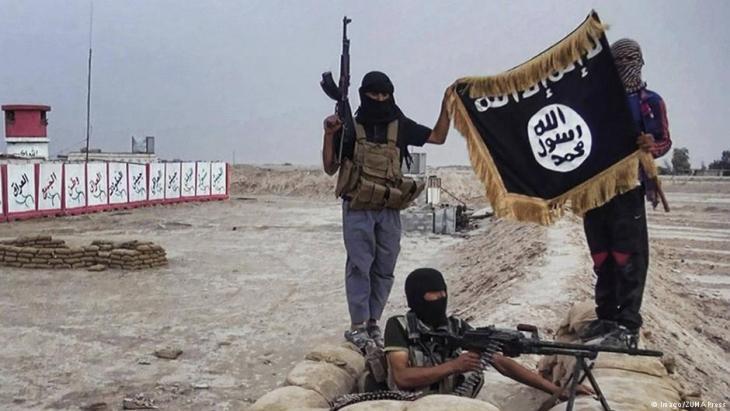 The bomb is ticking: over the years some 950 Islamists have travelled from Germany to join IS in Syria and Iraq. At least 145 of them are now dead – they either died fighting or took part in suicide bombings. 705 individuals are currently under observation in Germany, their status ʹdangerousʹ – this means they are deemed capable of committing a terrorist attack at any time. The number of people thus classified is five times what it was in 2013

One case that made the headlines was the death sentence imposed on a German female IS fighter in mid-January this year. The sentence was supposedly handed down in accordance with Iraq's anti-terror law. But Germany's involvement in this case was only to ensure her death sentence was commuted to a life term.

The fact that the Europeans and Americans are now having to rack their brains over their detained IS citizens could actually be viewed as collateral damage. Preferably, they would all have been killed in battle. For several months, the message has been: "Ideally, no prisoners".

Even as far back as last May, Mattis said it was his country's intention that foreign IS fighters did not survive. French and British politicians expressed similar sentiments regarding their own compatriots. French media even reported on the deployment of French special forces charged with eliminating French IS fighters before they were captured or able to return home.

Apart from fears of the increased terror threat posed by European IS returnees, the real concern is that in many cases, there would be inadequate evidence to secure a conviction in Europe. And so, those responsible are attempting to sidestep the presumption of innocence principle, which should also apply to suspected terrorists. In doing so, they are undermining the constitutional state and their own values, the very things they are so keen to defend against the extremists.

Education for girls and women is still possible in Afghanistan, says Reinhard Eroes of the Kinderhilfe Afghanistan initiative. In interview with Elisa Rheinheimer, he talks about ... END_OF_DOCUMENT_TOKEN_TO_BE_REPLACED

Locals in the Middle East have said European critics are showing bias and hypocrisy when they condemn Qatar. Observers agree that Qatar has had to deal with more criticism than ... END_OF_DOCUMENT_TOKEN_TO_BE_REPLACED

In Doha, Arabs from Morocco, Tunisia, Egypt and Algeria are gathering to celebrate the first ever FIFA World Cup to be held on Arab soil. The criticism from Europe? Over the top, ... END_OF_DOCUMENT_TOKEN_TO_BE_REPLACED

Canan Topcu came from Turkey to Germany as a child. In her essay, she describes how bothered she was by the racism she encountered in her country of origin when she travelled ... END_OF_DOCUMENT_TOKEN_TO_BE_REPLACED

All organisers use major sporting events like this year’s FIFA World Cup in Qatar primarily to advertise their country and promote a slick public image. This is not something we ... END_OF_DOCUMENT_TOKEN_TO_BE_REPLACED
Author:
Bachir Amroune
Date:
Mail:
Send via mail

END_OF_DOCUMENT_TOKEN_TO_BE_REPLACED
Social media
and networks
Subscribe to our
newsletter