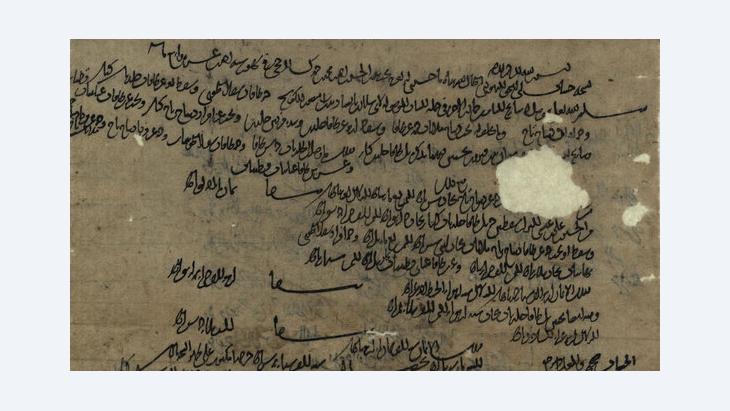 ﻿Prof. Sabine Schmidtke, head of the Research Unit for the Study of Intellectual History in the Islamicate World at the Freie Universität Berlin, has a passion in life: working with ancient manuscripts. In the course of her work, she discovers common threads in the thinking of Christian, Jewish and Muslim scholars. Arnfrid Schenk takes a closer look at her work and its significance outside the academic world

If something has a worm in it, it's usually a bad sign. But there are people who see things differently, grateful for how a little worm can sometimes take their work a crucial step forward. Sabine Schmidtke is one of these people. She is a scholar of Islamic Studies at the Freie Universität Berlin. But the 46-year-old could also be described as a treasure-hunter on a quest for knowledge that is lost or forgotten.

The treasures she tracks down are medieval manuscripts. She finds them in Cairo, Sanaa and Istanbul, in Jerusalem or Tehran, and sometimes even right at home in Berlin. She doesn't need a shovel for her quest, but it does take endurance, perseverance and sometimes a little help from a worm … but more about that later.

﻿In her research projects, ﻿﻿Sabine Schmidtke explores the history of ideas in the Islamic world. The approach she takes is unusual: she doesn't limit herself to Islam, but expands the scope of her investigation to Judaism and Christianity as well.

On the basis of rediscovered manuscripts, she is able to demonstrate how Jewish, Christian and Muslim scholars have engaged in lively exchanges and have cross-fertilised one another's thinking right up to modern times. The cultures evidently had much in common. Moreover, the interpreters of the three great Abrahamic religions were by no means always arch-enemies, in fact, the philosophers at times spoke in unison as "we". 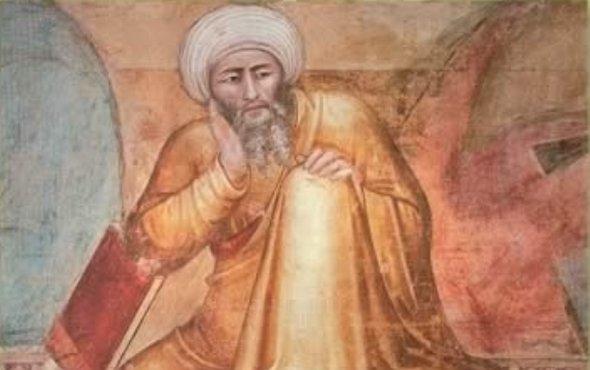 Evidence that the boundaries between the great thinkers of the Abrahamic religions were not always as clear cut as they are today: although controversial within Islam, the Arab philosopher Averroes had a great influence on secular thought in Europe. He also made a major contribution to the foundation of rational thought in Islamic philosophy

The strict separation only came later, and it still affects the way the fields of research are organised today. There are hardly any joint efforts undertaken by scholars of Jewish, Christian Oriental and Islamic Studies; instead, each discipline works away at unravelling its own puzzle. By contrast, ﻿Sabine Schmidtke attempts to bring these diverse worlds together and to cross disciplinary boundaries, as well as religious and political ones.

Working on her team are Muslims, Christians and Jews, scholars of Islam and Judaism, and specialists in Christian Oriental Studies. In addition to Arabic, Farsi and Hebrew, they also speak Aramaic, Greek and Coptic. The project thus combines a wide range of expertise that a lone scholar could never possess. In a certain sense, it also revives the almost forgotten world of scholars that it is exploring.

"This work can help to promote peace," says Schmidtke, who believes that focusing on similarities the cultures shared in the past might at least offer some fresh approaches to resolving their current conflicts.

She sounds a bit like the diplomat she once was. Sabine Schmidtke worked for the German Foreign Office for a few years, among other things in its Middle East Unit. She had previously studied at the Hebrew University in Jerusalem and the School of Oriental and African Studies in London before completing her PhD at the age of 24 at Oxford. She was still too young, she decided, to work only in research. But after eight years, she did turn her full attention to research, finding it simply the more fascinating undertaking. While working at the Foreign Office, she also finished her habilitation thesis; via Bonn she then came to the Freie Universität Berlin, where she has been professor of Islamic Studies since 2002.

﻿Her research group co-operates with colleagues from politically hostile countries such as Israel and Iran. "A balancing act", she says, which is viewed at times with astonishment, at other times with suspicion. 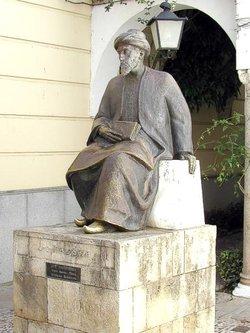 Maimonides was a twelfth-century Jewish philosopher, legal scholar and doctor. He is considered one of the most important thinkers of the Middle Ages and one of the greatest Jewish scholars of all time. Like Averroes, his influence spread far beyond the boundaries of his own religion

Her office looks unused; the shelves are modest. She is hardly ever there, preferring to work from home, where the books tower up higher and higher. Alternatively, she can often be found in a library in Yemen, poring over manuscripts in a room where the temperature hits 40°C and there is no air conditioning. She carries two passports: one for Israel, one for Islamic countries.

She beams whenever she speaks of old manuscripts. "I'm insanely happy working with ancient manuscripts," she says, preferably with those that no scholars before her have ever held in their hands and which have been languishing on the shelf, unread, for centuries. Then she feels like a discoverer, like a "philological detective", as she once described herself in the German daily newspaper Der Tagesspiegel.

The manuscripts first have to be collated, because sometimes the fragments have been scattered between different cities or even different countries. They are then photographed, digitised and catalogued according to author and date. This is where the worm comes in.

In most cases, the manuscript sheets are loose and no longer in the correct order. Trying to determine their order alone takes up one-third of Schmidtke's working time – time spent trying to solve riddles. Knowing how a certain author builds a theological treatise helps. But also helpful are technical aspects such as the colour of the paper, the ink – and also the pattern of worm damage. The position of the wormholes can reveal which pages go together and in what order.

The value of Schmidtke's work has brought recognition. She received one of the coveted Advanced Grants from the European Research Council, endowed with almost two million euros. Schmidtke finds this attention important. "We need some sort of public relations for scholarly work," she says, in order to counter the prevailing negative image of Islam.

The scholar not only wants to show that Muslim, Jewish and Christian schools of thinking were "in close symbiosis with one another". She also wants to underscore the fact that there has never been only one single universally valid, conservative current in Islam. This perception arose only in retrospect.

The commonly held idea that "there is no rationalism in Islam; Islam is backward and traditionalist" is untenable. Schmidtke wants to dispel such notions. "The struggle for plurality was the norm in the – intellectual – life of the Islamic world over long periods of time." It was only the growing dominance of ultra-orthodox currents that finally suppressed the intellectual freedom of Islam. However, the existence of competing interpretations of the Koran and of the words of the Prophet can only be proven if the buried written heritage is reclaimed. One could say that whenever Schmidtke tracks down testimonies to enlightened thinking in Islam, her research has stopped humankind forgetting.

Asked how one should envisage this intercultural symbiosis, she tells of how Muslims, Christians and Jews shared Arabic as their everyday vernacular and the language of culture from the ninth century onwards. She speaks of a vizier from Ray (now a district of Tehran), who regularly held discussion circles with Jewish and Christian philosophers, and of Ibn Kammuna, a Jewish philosopher in thirteenth-century Baghdad whose work influenced Islamic philosophy over several centuries. It didn't bother the Muslim scholars that he was a Jew.

The influence of a Muslim doctrine on Jewish thinking​​﻿

And then there is of course the Mu'tazila, a rational theological school of thought that arose in the eighth century and marked its own Islamic phase of enlightenment. It taught that people had freedom of choice and were responsible for their own actions. These doctrines left a lasting mark on Jewish thinking in particular.

Jewish scholars wrote texts in the spirit of the Mu'tazila, and they translated many of the school's writings into Hebrew. In some cases, these manuscripts went missing in the Islamic world or were deliberately destroyed because the Orthodox Sunni rulers no longer had any use for enlightened thinking.

The ideas of the Muslim philosophers have survived in – of all places – Jewish manuscript collections. Here, says Sabine Schmidtke, is where we can see how "research misses out on valuable findings whenever it stops at disciplinary or religious borders." She is not, therefore, in favour of the introduction in Germany of Islamic Studies by Muslims for Muslims not only to train imams but also to build an Islamic theology alongside Islamic Studies.

Division according to religious affiliation

"We are not two different enterprises," she says, adding that it is all one and the same field; theology and Islamic law are already integral parts of Islamic Studies. "A differentiation within the discipline according to the religious orientation of its representatives will disrupt our excellent co-operation," says Schmidtke. She is speaking from experience. One of her co-workers, Omar Hamdan, has been director of the Center for Islamic Studies in Tübingen since last autumn.

Schmidtke fears that division according to religious affiliation – which is otherwise unusual internationally – will weaken German research in this area, and that at a time when Islamic Studies are already facing major challenges. Huge quantities of formerly inaccessible manuscripts have surfaced in the past few years, hundreds of thousands of them, many from private collections. The kind of basic research Schmidtke undertakes is therefore more in demand than ever.

And time is running out: most of the manuscripts are in Yemen. There are over 50,000 in the country, the world's largest treasure trove of historic Arabic writings. They are mainly the texts of the Mu'tazila, which Shia scholars brought to Yemen in the twelfth century when the Mu'tazili school was on the wane in the Islamic heartland. The country is impoverished, political instability prevails and storage conditions are poor. In short, the manuscripts are at risk of being lost forever. There is much work ahead for the treasure-hunter Sabine Schmidtke.

No other Western poet was arguably so well-versed in the Koran or so fascinated by Islam as Germany's national hero, Goethe. In a new publication that examines all Goethe's ... END_OF_DOCUMENT_TOKEN_TO_BE_REPLACED

A deluge of books, movies, series and cover stories: ever since the events of 9/11, the West has seemed almost manically preoccupied with Islam. Yet this has rarely led to deeper ... END_OF_DOCUMENT_TOKEN_TO_BE_REPLACED

Twenty years after 9/11, the world is faced with the dual challenge of Islamophobia and anti-Westernism. Ahmet Kuru argues that Muslims in the West, well versed in both Western ... END_OF_DOCUMENT_TOKEN_TO_BE_REPLACED

Two decades after the attacks of 11 September 2001, the West faces the shattered debris of its failure – not only in Afghanistan, but also in Iraq, Syria, Libya and Yemen. What ... END_OF_DOCUMENT_TOKEN_TO_BE_REPLACED

Twenty years after 9/11, the United States is recalibrating its war policy. However, its assertions that the era of endless wars is over are a myth, writes Maha Hilal END_OF_DOCUMENT_TOKEN_TO_BE_REPLACED

Migrants are often maligned as being responsible for Europe's problems. Yet their integration is in Europe's interest. Michael Thaidigsmann believes that a long-term vision is ... END_OF_DOCUMENT_TOKEN_TO_BE_REPLACED
Author:
Arnfrid Schenk
Date:
Mail:
Send via mail

END_OF_DOCUMENT_TOKEN_TO_BE_REPLACED
Social media
and networks
Subscribe to our
newsletter