When she refused to back down, members of Jaish al-Islam took things a step further. They launched a social media campaign to discredit her, including making her out to be an immoral woman and likening her to a regime spy, according to several rebel and activist sources who were in Douma at the time.

Such allegations posed a major risk to Zeitouneh's safety. But the Violations Documentation Centre, an aid organisation she helped establish at the onset of the Syrian uprising, would continue to report on atrocities, regardless of the perpetrator.

'Why don't you kidnap her?'

By September 2013, efforts to stop her human rights work in Douma had become belligerent. That month, she received a threat letter and had shots fired at her door.

DW obtained an audio recording of a man who was ordered by a Jaish al-Islam associate to threaten Zeitouneh's life. He can be heard describing the interaction.

"He told me that this girl is an agent, and that she documents information about the Free Syrian Army (rebel alliance), writing reports to the International Criminal Court in the Hague, which could have us brought to court on charges of war crimes," the man says in the recording. 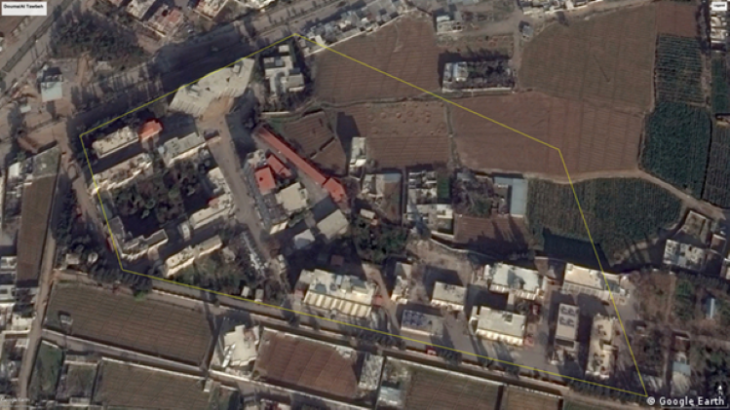 Positive identification: within months of her kidnapping, Zeitouneh was seen at Tawbeh prison by another female detainee, who identified Zeitouneh in a mix of pictures that included images of other people. "We in Tawbeh had heard the name Razan Zeitouneh," the woman said in her testimony. "They once brought her to an interrogation. She refused, so they beat her, and she fainted. They asked us to bring her back into her cell. When she woke up, I saw her green eyes"

"I told him if she was an agent and working against the country, why don't you do something? Why don't you kidnap her? Are you afraid of her? He said, 'No, we are not afraid of her, we will bring her down, but for now we want to threaten her'."

The man in the recording is referring to Hussein al-Shazly, a local security figure who later confessed to receiving direct orders from Jaish al-Islam's religious leader, Samir Kaakeh, according to rebel sources and a former Jaish al-Islam member present during his admission.

The sources told DW that al-Shazly, who maintained friendly ties with Jaish al-Islam, said he had threatened to kill Zeitouneh if she did not leave Douma "within days." Today, al-Shazly resides in the northern Syrian town of al-Baab under the protection of Jaish al-Islam.

Indeed, other groups had also targeted Zeitouneh for her work – but none with the unrelenting effort with which Jaish al-Islam did.

Vanished without a trace

Around 10 p.m. on December 9, 2013, the kidnappers entered the offices of the Violations Documentation Centre, where Zeitouneh lived with her husband, Wael Hammadeh. Two other friends, political activist Samira Khalil and lawyer Nazem Hammadi, were also present.

Hammadi was on a Skype call with his brother when the intruders broke in. He cut the call short in order to deal with the commotion, but one phrase stuck out before the line went dead.

Little more is known about what took place that night. Neighbours reported hearing unknown men shouting. One person claimed to have seen a rebel leader drive off with the activists. Media reports said the assailants were armed.

DW has investigated many of these claims, and few carried any evidentiary weight. One thing is certain: The activists' computers and phones were among the objects taken, along with a handful of files, during the abductions.

But DW was told that more than €25,000 worth of Syrian lira on the table was left untouched. 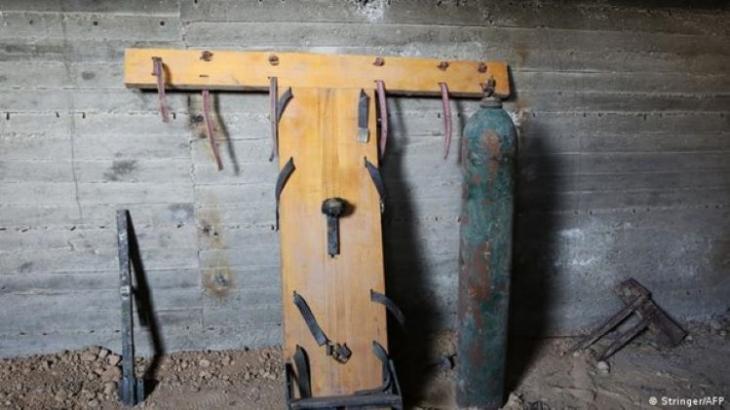 Seeking justice: although the vast majority of cases concern atrocities perpetrated by the Assad regime and terrorist groups such as Islamic State, new efforts are being made to further investigate non-state actors, including armed opposition groups like Jaish al-Islam. France's official war crimes unit has confirmed that it is investigating Jaish al-Islam. Clemence Bectarte, who is leading litigation against the group, offered a glimpse into the proceedings. "It is time to say out loud that the Syrian population has also been victim of other groups who pretended to be fighting for the revolution, but who also turned against the population"

A few keystrokes provide a further lead: two months after the abduction, a member of Jaish al-Islam accessed his social media accounts via a computer given to Zeitouneh and Khalil by a U.S. State Department-funded programme, according to DW's sources.

One source says he alerted then U.S. Ambassador Robert Ford that the computers had been taken during the abduction. The source added that U.S. authorities were able to geolocate the computer and identify the user who had accessed it. That person's identity is known to DW.

The computer was traced to Jaish al-Islam's security complex in Douma, which houses a notorious prison structure known as Tawbeh – Arabic for "repentance".

A U.S. State Department spokesperson told DW that officials are not aware of Zeitouneh's fate following her abduction.

Others with knowledge of the incident confronted Jaish al-Islam's founder, the now-deceased Zahran Alloush, with the information about the computer, but he denied his group's involvement in the abduction.

However, 24 hours after that confrontation, the social media accounts of the Jaish al-Islam member who accessed the computer were deleted across multiple platforms. Activist sources told DW that the person was never heard from again.

The European Court of Justice has given its backing to companies that don't allow female Muslim staff members to wear headscarves – as long as they don't permit the wearing of ... END_OF_DOCUMENT_TOKEN_TO_BE_REPLACED

Muslims in Europe regularly experience threats, witness attacks and are the target of hate across national borders. Now the Council of Europe, the continent's leading human rights ... END_OF_DOCUMENT_TOKEN_TO_BE_REPLACED

The West is pulling out of Afghanistan after 20 years, but the conflict remains – and the Taliban are stronger than they have been for a long time. And now? The renowned Taliban ... END_OF_DOCUMENT_TOKEN_TO_BE_REPLACED

United States and NATO troops are leaving Afghanistan after 20 years, despite the fact that the Taliban is still advancing. The German Bundeswehr is already out. Sandra Petersmann ... END_OF_DOCUMENT_TOKEN_TO_BE_REPLACED

END_OF_DOCUMENT_TOKEN_TO_BE_REPLACED
Social media
and networks
Subscribe to our
newsletter