Exhibition: "The Story of Iran and the Jews"
Light and Shadows

Beit Hatfutsot, the Museum of the Jewish People in Tel Aviv, is the first museum in the world to show a special exhibition on the turbulent history of the Jews in Iran. Gundula M. Tegtmeyer has been taking a look around 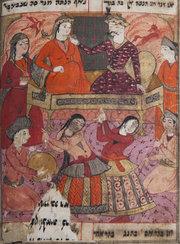 With its careful selection of exhibits, the exhibition "Light and Shadows" provides a unique insight into and overview of the story of the Persian Jews

​​The history of the Jews in Iran is one of both radiant light and dark shadows. The history of the Persian Jews stretches back 2,700 years. It begins with their liberation from Babylonian exile by Cyrus the Great of Persia. In the year A.D. 636, a date that marks the beginning of the Islamisation of the Persians, the Arabs invaded the Persian Empire. Ever since, i.e. for the past 1,400 years, Jews have been living under Muslim rule in Iran.

It has taken two years to bring together the 260 exhibits from museums and private collections. Many of the archaeological and cultural artefacts are being seen by the general public for the first time.

Photographs and short filmed interviews document the story of Iran's Jews and provide visitors with both contemporary and historical insights into their lives. Works by contemporary Iranian artists have also been successfully integrated into the exhibition concept.

The exhibition is not organized chronologically, but rather divided thematically between two galleries. In keeping with the museum's new motto, it spans a wide historical range from past to present.

The visitor is led through four thematic sections in the first gallery. The "Roots and Identity" section features a reproduction of the Cyrus Cylinder (Babylon, 538 B.C.; the original is in the British Museum) with its famous declaration.

Religious tolerance under Cyrus the Great

After the defeat of the Babylonians, Cyrus the Great allowed the Jews to return to their home countries. He also granted them the right to practice their religion freely within his realm. Particularly remarkable was his support for the construction of the Second Temple in Jerusalem. Many Jews chose to stay on after the liberation, thus becoming a religious, yet tolerated minority in the Persian Empire. To this day, Cyrus the Great is revered among Iranian Jews for this tolerance.

The rise of the Sassanids, the second Persian Empire (from c. A.D. 224 to A.D. 651), however, saw the clouds begin to gather and Jews subjected to oppression and persecution. 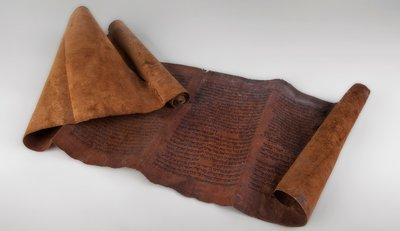 Of great historical significance to the Jewish community in Iran: the eighteenth-century "Book of Esther"

​​At the beginning of the sixteenth century, it was the turn of the Safavid dynasty. The Safavid kings made Shi'a Islam the official religion of the empire, and non-Muslims were seen as unclean infidels. Forced conversion was one of the consequences to be faced, among others by the Jewish community in the city of Mashad.

In order to protect themselves against mixed marriages, the Jews introduced the practice of child marriage. One cabinet displays decorated wedding dresses. Despite, or rather in response to, this new hostile environment, the Jews managed to preserve a high level of creativity; more than ever before, they were forced to protect their sense of identity and to nurture their self-esteem.

In this historical context, the Book of Esther and identification with Mordechai and Esther, the protagonists of the Purim story, is of central importance to the Jewish community in Iran. Those able to understand Hebrew can read about their courageous commitment to their Jewish people in the original eighteenth and nineteenth century Esther Scrolls.

And yet another highlight awaits the visitor in this part of the exhibition: clay tablets from the sixth century BC, some of the very earliest historical evidence of the Diaspora and Jewish life in Iran. In Akkadian script, with occasional words in Aramaic and Hebrew, they contain lively and detailed descriptions of the business and everyday lives of the Jews in the city of Al-Yahudu, present-day Isfahan.

A skilful, associative correspondence has been created in this section between modern works by contemporary Iranian-born artists and older artefacts, thus highlighting the artists' strong sense of connection with their Judeo-Persian heritage.

The special role of music

The other three thematic sections are dedicated to "Music and Poetry", "Rituals and Customs" and "Cultures within Cultures".

Music plays an important role in the lives of Iranian Jews. With the advent of the Safavids and Shi'ism came strict prohibition of the composition or playing of secular music – it was a prohibition, however, that did not apply to religious minorities.

Persian Jews continue to play a crucial role in the preservation of classical Persian music. Menashe Sassoon, himself a master of the santoor, contributed to the exhibition a number of traditional Iranian musical instruments from his private collection.

The strains of classical Persian music gently transport listeners into another world. The Diaspora Jews were not immune to the cultural influences of their environment, as the display of protective amulets clearly reveals. Islamic influence can also be seen in the decoration of Jewish prayer books.

The astrolabe: the Jewish astronomer and artist Ali Al-Saruma invented this precise navigational instrument, which can also be used to tell the time, in the seventeenth century

​​The second gallery is dedicated to themes concerned with the more recent history of the Jews in Iran; it is divided into "Western Winds" and "Zionist Winds", the "Winds of Prosperity" and "Revolutionary Winds". The growing Western influence in Iran led to the Constitutional Revolution of 1905–1911 and reinforced the rights and status of religious minorities.

Mozzafar al-Din Shah was forced to form a parliament, and for the first time ever, it became possible for Jews in Iran to elect a Jewish representative to the parliament, the Majlis. A photograph from the collection of his extended family shows Jews in Tehran at the first annual celebration of the revolution.

Iranian Jews have always felt a strong spiritual connection to Israel. It is a bond that has found expression in both prayers and poetry. Jews today still make pilgrimages to the cave of Serah bat Asher in Isfahan, where, according to legend, there is a secret cave that leads directly to Jerusalem.

Thousands of Jews fleeing Nazi terror ended up in Iran. The "Children of Tehran" operation is seen as one of the greatest rescue operations carried out by the Iranian Jews and the Jewish Agency. The founding of the state of Israel was an event that Iranian Jews viewed with pride. On 15 May 1948, one day after the declaration of independence, two Jews had themselves photographed with the Israeli flag in the courtyard of the Jewish Agency. The first major wave of immigration to Israel took place between 1948 and 1953.

During the reigns of Shah Reza Pahlavi and his son and successor Muhammad Reza Pahlavi, minorities attained social equality for the first time since the Islamisation of Iran. From then on, Jews were permitted to leave their "Mahale" (Jews only) neighbourhoods. 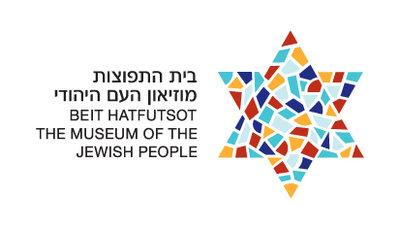 Following extensive renovation, the museum has added the line "The Museum of the Jewish People" to its name; the subtitle has also brought a conceptual change, with contemporary life in Jewish communities taking its place alongside the historical aspects

​​The Jewish communities experienced an economic boom, and with the "White Revolution" of 1963, a golden age began for the Jews of Iran. Mohammad Reza Pahlavi maintained close contacts with the new state of Israel.

Consequences of the Islamic Revolution

A photograph in the exhibition shows the Israeli general Moshe Dayan at the entrance to a mosque during a visit to Iran in 1960. One of the glass display cases is dedicated to the popular weekly magazine Tehran-e Mosavar, with the issue of 16 June 1967 sporting a front page photo of Dayan.

The upheavals of the "White Revolution" brought opposition from sections of the population, however, and ultimately paved the way for the Islamic Revolution. A series of photos in this part of the exhibition documents the enormous solidarity shown by the Iranian Jews with the rest of the population.

On the eve of the Islamic Revolution, Jews marched in a demonstration against the Shah in Tehran. In one of their photos they are holding a banner bearing the words "our ties with the Iranian people are unbreakable". Even Chief Rabbi Yedidia Shofet is to be seen marching with the protesters. Another photo shows him and his son, Rabbi David Shofet, during a demonstration in Tehran.

The Islamic Revolution of 1979 had a profound impact on the lives of Jews in Iran. The proclamation of the Islamic Republic of Iran brought a second major wave of immigration in its wake. Thousands of Jews left their native Iran for the US, Europe and Israel.

The exhibition "Light and Shadows. The Story of Iran and the Jews" can be seen at the Museum of the Jewish People (Beit Hatfutsot) in Tel Aviv until 30 May 2011.

Interview with Corry Guttstadt
Turkey, the Jews and the Holocaust
Turkologist Corry Guttstadt has published a comprehensive study of the behaviour of the Turkish government towards its Jewish citizens during the Holocaust. In doing so, she has investigated a chapter of twentieth-century history that has thus far been all but neglected by international Holocaust research. Sonja Galler spoke to her about her findings

END_OF_DOCUMENT_TOKEN_TO_BE_REPLACED
Social media
and networks
Subscribe to our
newsletter