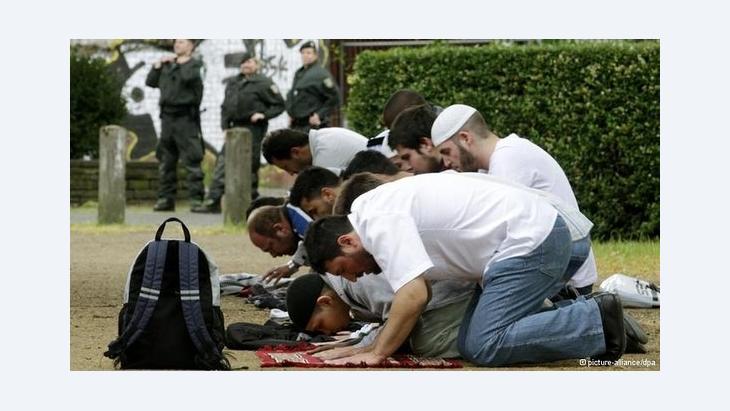 They agitate, they incite, they are relentlessly intolerant: Salafists and those hostile to Islam continually whip each other into a frenzy with their mutual hatred. But no matter how much cold calculation the rightist rabble-rousers bring to their provocations, the law must protect them from persecution. A commentary by Hans Leyendecker

Islamists and Islam-haters are different in many ways, yet they also have much in common. They are blinded by hatred, they incite, they provoke, they want to escalate the conflict at any price and they are relentlessly intolerant.

Ever since radical militant Salafists and the Islam-hostile right-wing populists from the fringe party Pro NRW had at each other in May 2012, fighting in the streets and injuring 29 policemen in the process, it was only to be expected that this would not be the end of the violence.

The news that a group of extremist Salafists was allegedly planning the assassination of Marcus Beisicht, the head of Pro NRW, and other members of the far-right party does not come as a complete surprise, but that doesn't make it any less disturbing. Is a religious war in the offing, to be waged with knives, guns and explosives?

There is no doubt about it: Beisicht and his splinter group are pathetic provocateurs. They have sought out every possible opportunity to sow hatred and challenge Islamist fanatics to a fight by holding anti-Islam rallies and displaying Mohammed caricatures outside mosques. They wanted to provoke an escalation and coolly calculated that the fanaticism of their opponents would play into their hands. 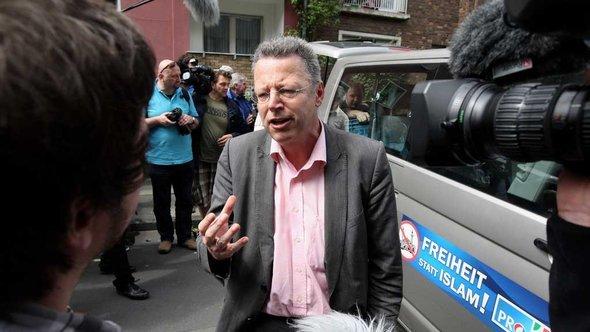 Intentional escalation: "Beisicht and his splinter group are pathetic provocateurs. They have sought out every possible opportunity to sow hatred and challenge Islamist fanatics to a fight by holding anti-Islam rallies and displaying Mohammed caricatures outside of mosques," writes Hans Leyendecker.

Beisicht, a lawyer, is their mastermind. He has represented the right-wing party The Republicans on the Cologne City Council and defended a neo-Nazi who was indicted for sedition and using anti-constitutional symbols – in short, he is no ordinary populist.

He is a radical who enjoys playing the "persecuted innocent", as Karl Kraus once dubbed agitators of his ilk. Beisicht complained ﻿early on about death threats and a fatwa that Islamic scholars had allegedly decreed against him. Now, a few crazed backroom Islamists have apparently done just that.

The state must protect the right-wing firebrands

But no matter how coldly calculating and idiotic the plans hatched by the agitators on the extreme right may be, the rule of law must nonetheless protect them from persecution. No religion, no confession of the supposedly true faith justifies attacks. Holy warriors are not blood-stained saints but criminals.

The state must do everything in its power to contain the Salafists. This might include banning associations, conducting raids and continuous surveillance. In official reports, Salafism is generally described as a kind of instantaneous fomenter of terrorism, which is not quite the case. The majority of the 4,000 Salafists in Germany aim only to spread their faith; only a minority dream of inciting war.

It was a good sign that the major Islamic associations distanced themselves from this group in the past. Islamist extremists are the true enemies of Islam, because their actions spark regularly recurring discussions among the general populace that all Muslims are backward and violent. Islam is part of Germany, but the country must not let itself be provoked by fanatics and firebrands.

The protests against police violence in the USA have triggered a discussion in Germany about discrimination, immigration and the country's image of itself. Why are people who do ... END_OF_DOCUMENT_TOKEN_TO_BE_REPLACED

Journalist Michel Abdollahi was born in Tehran in 1981 and moved to Hamburg in 1986. His big breakthrough came with his television documentaries on social issues such as ... END_OF_DOCUMENT_TOKEN_TO_BE_REPLACED

From Syrian war crimes to U.S. hypocrisy in the Julian Assange case, the global "erosion of human rights standards" is of critical concern, UN Special Rapporteur on Torture Nils ... END_OF_DOCUMENT_TOKEN_TO_BE_REPLACED

Iran’s contemporary poets are less well known in Germany than the old Persian classics. Kurt Scharf has now translated 32 of them into German. Marian Brehmer dipped into the ... END_OF_DOCUMENT_TOKEN_TO_BE_REPLACED

The Sudan Partnership Conference on 25 June is seeking funding commitments to rebuild Sudan’s desolate economy. As Annette Weber argues, the crucial point will be aligning ... END_OF_DOCUMENT_TOKEN_TO_BE_REPLACED

END_OF_DOCUMENT_TOKEN_TO_BE_REPLACED
Social media
and networks
Subscribe to our
newsletter