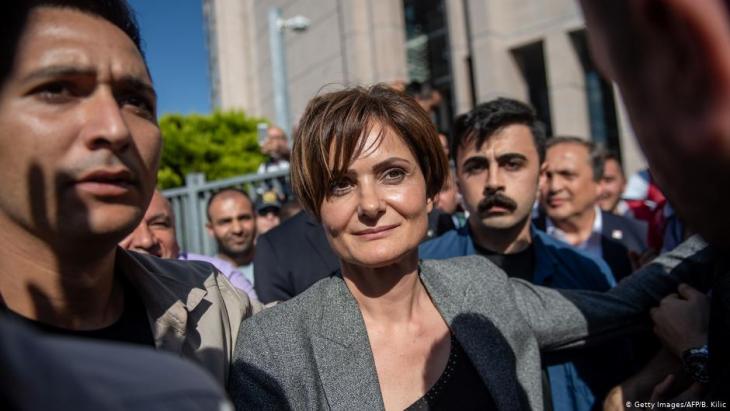 Left-wing CHP leader Canan Kaftancioglu inflicted a humiliating defeat on Recep Tayyip Erdogan in Istanbul in 2019. Now the Turkish president wants revenge in court. Yet Kaftancioglu seems unlikely to go down without a fight, having recently sued both Erdogan and his interior minister for defamation, after they branded her a "terrorist". By Daniel Bellut

Canan Kaftancioglu is a rising political star in Turkey. The popularity ratings of this 48-year-old doctor-turned-politician from the Black Sea region are among the highest in the country.

She had always stood out in the social democratic Republican People's Party (CHP) with her left-wing views, and at the beginning of 2018 she was elected Istanbul's provincial president. But Kaftancioglu's real breakthrough came a good year later after she masterminded one of the most successful election campaigns in Turkish history.

This was the campaign of Ekrem Imamoglu, a relatively unknown local, in Istanbul's mayoral elections of March 2019. Few people expected this newcomer to win against the ruling AKP's candidate, former Prime Minister Binali Yildirim. Yet the CHP's focus on reconciliation rather than polarisation in an emotional election went down well with the voters.

The party's decision to condemn nepotism, mismanagement, and the misspending of public funds turned out to be a good strategy during an economic crisis, as many voters grew sick of pomp and arrogance on the part of certain politicians. 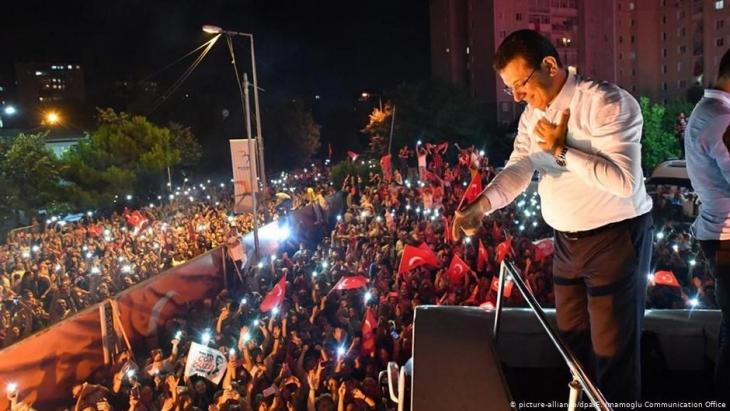 Mayor of Istanbul, thanks to campaign manager Kaftancioglu: Ekrem Imamoglu's relentlessly upbeat 2019 campaign paid off with an emphatic win, extending his margin of victory from just 13,000 votes in March to more than 775,000. Erdogan's plan to intimidate the CHP politician backfired miserably, with the sense of injustice associated with the re-vote doing wonders for Ekrem Imamoglu's profile at home and abroad

However, after Imamoglu only won by a small margin, the AKP refused to concede and President Recep Tayyip Erdogan reportedly put pressure on the election board to call for a re-run. To little avail: the next time round, the CHP won by a much clearer margin.

Losing the city, Turkey's economic and social centre with a population of 16 million, was the president's biggest electoral defeat so far. And Kaftancioglu's biggest victory.

But she is now under growing legal pressure. In September 2019, she was sentenced to almost 10 years in jail after being charged with a series of crimes, including defamation, inciting public hatred and violence, spreading "terrorist propaganda", as well as insulting the president and the Turkish state.

According to her supporters, the evidence against her came out of thin air, largely comprising a series of tweets she had posted between 2012 and 2017. CHP leaders said that her sentencing was an act of revenge for the election debacle in Istanbul. Kaftancioglu denied all the accusations and has appealed against the sentence. She cannot be jailed pending the appeals process.

Now the Anatolian Public Prosecutor's Office has filed a complaint against another member of the CHP, Suat Ozcagdas, for photographing the house of Fahrettin Altun, the Turkish president's communications director, in the Istanbul district of Uskudar. If found guilty, he faces five years in jail for "violation of privacy". Ozcagdas took the photo as part of efforts to document unauthorised construction on public land. 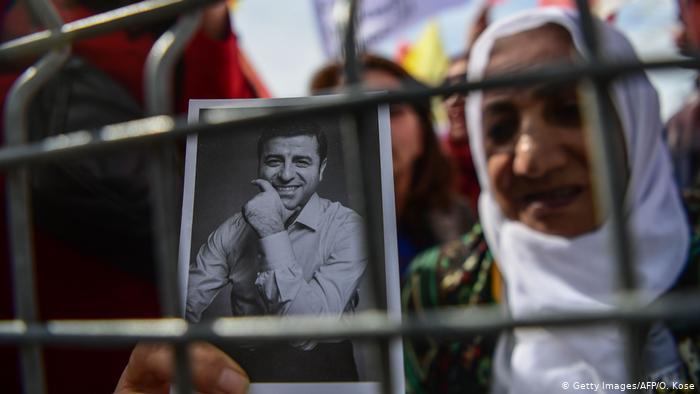 Erdogan's preferred means of political intimidation: just how badly arbitrary lawsuits can turn out for the defendant is evidenced by the case of Kurdish politician Selahattin Demirtas, who spent four years in jail without indictment before being charged. State prosecutors have now once again charged him with new offences and requested a life sentence. He is accused of several counts of murder, as well as "destroying the unity of the state and the entirety of the country"

Kaftancioglu demonstrated her support for Ozcagdas on social media. "They will soon drown in their immorality and lies," she tweeted, "Ozcagdas was only doing his duty. He carried out an inspection and followed party instructions because the construction is illegal. He will do it again. Those who have something to hide are creating panic. Keep calm guys."

This rekindled the state prosecutor's ire and she has now been accused of "incitement to commit a crime" and "glorification of a crime". She faces up to 10 and a half years in jail if convicted.

It is not uncommon for Erdogan's government and its allies to resort to legal means to exert pressure on opponents. Recently, President Erdogan sued CHP leader Kemal Kilicdaroglu for the equivalent of €110,000 for "groundless allegations and accusations" after the latter referred to him as a "so-called president."

Such arbitrary lawsuits can end up very badly for defendants, as shown by the case of Kurdish politician Selahattin Demirtas, who spent four years in jail without indictment before being charged. State prosecutors have now once again charged him with new offences and requested a life sentence. He is accused of several counts of murder, as well as "destroying the unity of the state and the entirety of the country" in conjunction with the so-called Kobani protests of October 2014, in which official figures say 37 people died. These large-scale protests were organised to support Kurds in the Syrian city of Kobani after it was besieged by the so-called Islamic State, which Kurdish activists accused the Turkish government of supporting.

For her part, Kaftancioglu refuses to give in and has dismissed the threats of jail. She has also taken to fighting the government with its own weapons. She recently sued the president and Interior Minister Suleyman Soylu for defamation after they branded her a "terrorist”.

Erdogan had accused her of being a militant for a banned radical left group when she supported protests against the nomination of Istanbul's Bogazici University's new rector, a close ally of the ruling AKP appointed by presidential decree.

Kaftancioglu has said that the president should provide immediate evidence of what she calls "ridiculous allegations", and has implied that he probably has not gotten over the defeat in the Istanbul mayoral elections.

Relations between Turkey and Russia are ambivalent. Moscow is nonetheless trying to prop up the leadership in Ankara. Elections are to be held in Turkey in June – and the last ... END_OF_DOCUMENT_TOKEN_TO_BE_REPLACED

All eyes in Turkey are on a court hearing scheduled for January 30 into a child abuse case that allegedly occurred with the knowledge of one of Istanbul's most powerful Islamic ... END_OF_DOCUMENT_TOKEN_TO_BE_REPLACED

Any reconciliation between Turkey and Syria’s Assad regime would have disastrous consequences for many Syrians, explains Syria expert Kristin Helberg END_OF_DOCUMENT_TOKEN_TO_BE_REPLACED

The poetry of Pir Sultan once prompted uprisings in the Ottoman Empire. To this day, Alevis identify with him. Rainer Hermann visited Mehmet Celebi, a direct descendant of the ... END_OF_DOCUMENT_TOKEN_TO_BE_REPLACED

There are signs of an imminent normalisation of relations between Turkey and Syria. This would allow Erdogan to score political points domestically before the upcoming elections ... END_OF_DOCUMENT_TOKEN_TO_BE_REPLACED

Turkey will mark the centenary of the proclamation of the Turkish republic in October. But 2023 will be an important year in another respect too: Turks will go to the polls in ... END_OF_DOCUMENT_TOKEN_TO_BE_REPLACED
Author:
Daniel Bellut
Date:
Mail:
Send via mail

END_OF_DOCUMENT_TOKEN_TO_BE_REPLACED
Social media
and networks
Subscribe to our
newsletter