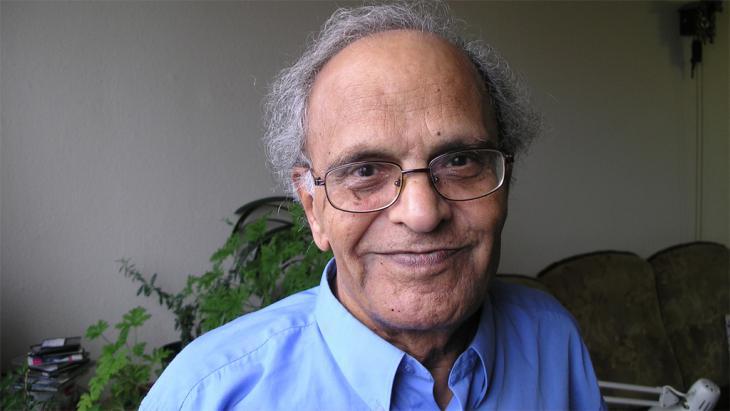 The publication of Fadhil al-Azzawi's novel in German translation is a sensation on the German book market, and its publication a late tribute to the internationally-renowned Iraqi author who wrote it 25 years ago. While "The Last of the Angels" remained unknown in Germany for a long time, the novel is already highly acclaimed in the Arabic- and English-speaking world. By Volker Kaminski

Even before Fadhil al-Azzawi left Iraq in 1977, he wanted to write a novel about his homeland. But it wasn't until he was living in exile in Berlin that he was able to order things that had happened to several people whom he describes as "good friends and acquaintances" in such a way that the framework for a novel could be developed from the stories.

As he emphasised at the last International Literature Festival in Berlin, he didn't just want to write a memoir about the city of his birth, Kirkuk, but a comprehensive work about the "entire Arab world". So it is only superficially that this novel appears to be limited to 1950s' Iraq. It is actually a stunning conception in which exceptional destinies, actual history and apocalyptic visions are blended together in breath-taking fashion.

In view of the huge number of characters in the book, it is only possible to provide a few hints about the plot. One of the main protagonists is the chauffeur Hamid Nylon, who loses his job at the British oil company headquartered in the town and decides to found a trade union and implement revolutionary plots.

An equally large role is played by Burhan Abdallah, a seven-year-old boy with psychic powers. Burhan communicates with three angels in the form of old men, who gain influence over him and the Chukor district. This influence is by no means all positive. As time goes on, the angels turn out to be dark, even devilish forces: they symbolise the development of Iraqi society as a whole, which repeatedly descends into chaos and violence following intermittent passing phases of hope. 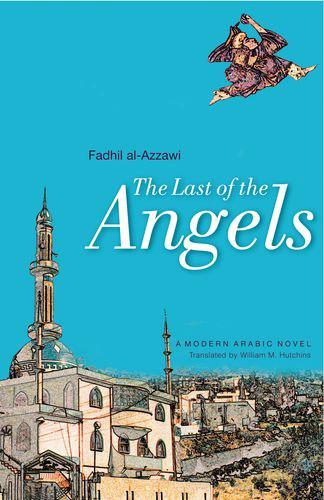 "The last of the Angels", the English translation of Fadhil al-Azzawi's successful novel, was translated by William M. Hutchins and was published by The American University in Cairo Press in 2007. It has only recently been published in German translation (title: "Der Letzte der Engel", translated from the Arabic by Larissa Bender, published by Dörlemann Verlag, Zurich 2014)

It is astonishing how many real references to the current situation in Iraq arise from Azzawi's novel, as though the author had predicted the future civil war scenarios in his analysis of the 1950s.  Although some episodes of the novel may take on a fairy-tale hue at times and although, as it is described in the novel, "the boundary between the possible and the impossible" may be lifted, as far as the author is concerned, the primary and most pressing issue remains the search for a peaceful solution for the coexistence of people in this multi-ethnic and multi-religious nation.

The multi-ethnic mix of Arabs, Turkmens, Kurds, Jews and Christians in the novel is also not free of tension and animosity. Nevertheless, in the 1950s kingdom, the readiness to lead a peaceful coexistence prevails. This is also partly due to the plucky intervention of outstanding characters who courageously assume responsibility for the community at critical moments.

Chidr Musa, a sheep trader by profession, independently organises an official audience with King Faisal II in a bid to avert an imminent conflict with the British occupiers. Azzawi's great talent for humour is evident in his description of the details of this undertaking. It appears to be a futile endeavour to ask for help at the royal palace, but the delegation from Kirkuk succeeds in gaining access to the palace and presenting the young, politically incompetent king with its request.

The fact that this peace mission also eventually results in more violence and bloody unrest in clashes with the military appears to be imperative to the logic of the novel, with every period of hope regularly replaced by violent excesses, something that the narrator comments upon with grim humour.

Despite this rather sombre side, "The Last of the Angels" is actually quite an upbeat novel that sounds out the negative through great attention to detail, thereby transforming it into something bizarre. This is, on the one hand, due to the unusual characters, who believe in the resurrection of saints, communicate with angels and manage to keep their cool even when confronted with death personified (a benevolent old cave-dweller with a red cap and wooden clogs).

On the other, the lightness primarily comes from Azzawi's narrative tone, which, although it draws on traditional eastern writing such as the "Arabian Nights" and makes references to religious texts such as the Koran and the Old and New Testaments, generally maintains a rational, modern prose style.

This blend of tradition and modernity made it possible for Azzawi to write the eastern epos he had envisaged and, at the same time, to explore quite mundane questions of people's troubles and concerns.

Burhan Abdallah returns to Kirkuk at the end of the novel, after restlessly wandering around the world for 46 years. This can be seen as an allusion to an Utopian self portrait of the author, who has thus far not managed to return to Iraq himself. He believes the political situation does not permit him to do so. But although the bleak depictions at the end of the novel might make one think otherwise, Azzawi does harbour cautious hopes for a peaceful future in Iraq.

He believes that the IS militia, which continues to consolidate its power, and its terror strategy, is only an episode. He is also convinced that Iraq will find peace as soon as there is a democratically elected government that treats all Iraqis in the same way, regardless of their religion or ethnic affiliation.

Azzawi's novel is a thrilling and entertaining exploration of the erroneous paths people sometimes have to take in order to save themselves.

Few Muslims have to date visited the Auschwitz-Birkenau concentration camp memorial site. Now high-ranking representatives of Muslims and Jews are travelling together to the place ... END_OF_DOCUMENT_TOKEN_TO_BE_REPLACED

The terror attacks in Paris, Brussels and Berlin were all carried out by men radicalised in jail. In Germany, politics and the judiciary are trying out new approaches to prevent ... END_OF_DOCUMENT_TOKEN_TO_BE_REPLACED

Elke Muller is fighting for her daughter Anna, who fell in love with a young Afghan and converted to Islam. The mother spoke to Esther Felden about feeling alienated and her fear ... END_OF_DOCUMENT_TOKEN_TO_BE_REPLACED

As historian Wiiliam Dalrymple writes in his essay, scholars are only now beginning to realise the extent to which the Mughal emperors adopted what most would assume to be ... END_OF_DOCUMENT_TOKEN_TO_BE_REPLACED