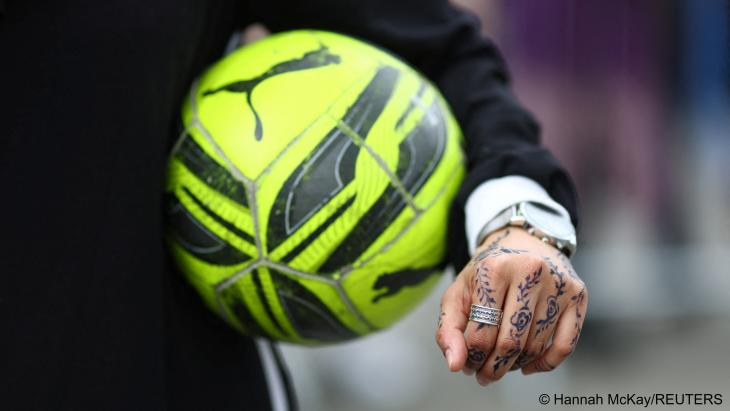 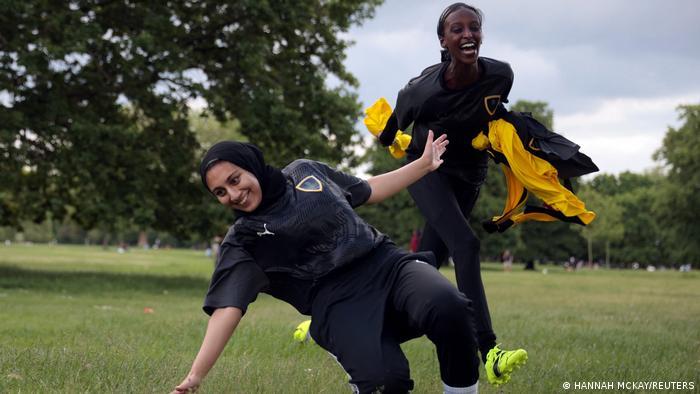 Sport without limits: Sisterhood Football Club was launched in London in 2018 by Somali-British founder Yasmin Abdullahi. She played football for Goldsmiths College, London University, during her time as a student and wants her members to enjoy playing football without conflicting with their faith or Muslim dress code 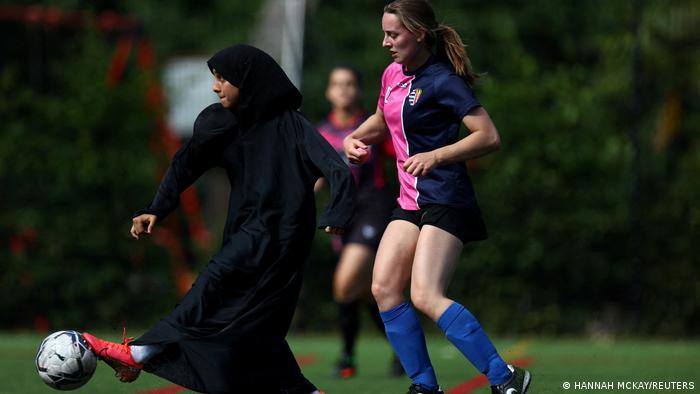 Hijab is not a barrier: despite the heat of that afternoon, all the players are dressed from head to toe in the all-black club colours. Some wear tracksuit bottoms, almost all have hijab headscarves; one wears a body-length abaya robe. Still, the clothes must not get in the way in a tackle. "Your hijab, tuck it in. It mustn't get in the way," a teammate shouts during the match 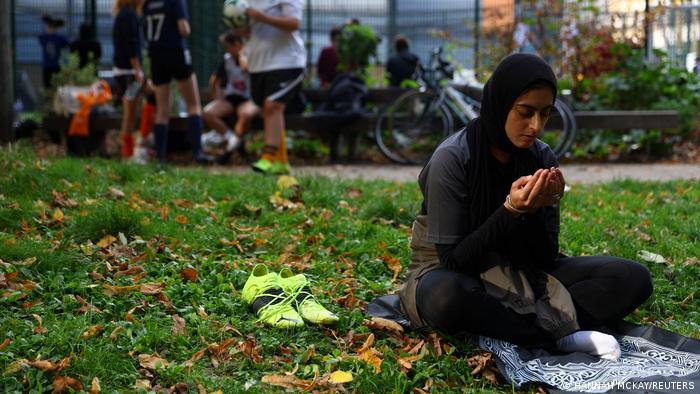 Training and prayer: Fatima Ali, 26, prays between matches during a tournament. Sisterhood FC club offers Muslim women the opportunity to take time out from the traditional roles many of them are expected to play. "I feel safe telling the team that I just want to go and pray. It's not a problem," says a female teammate 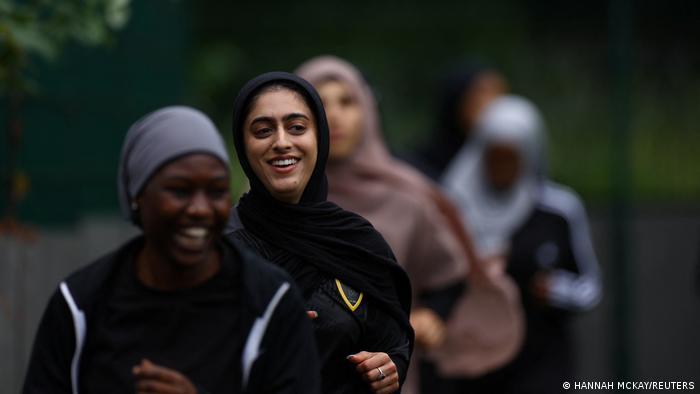 Time out to relax: Fatima, 26, here training with her Sisterhood FC teammates, says some families initially found it difficult to accept that their young female members wanted to play sports. "I think a lot of people think it's OK. Still, it will take time, it doesn't just happen overnight" 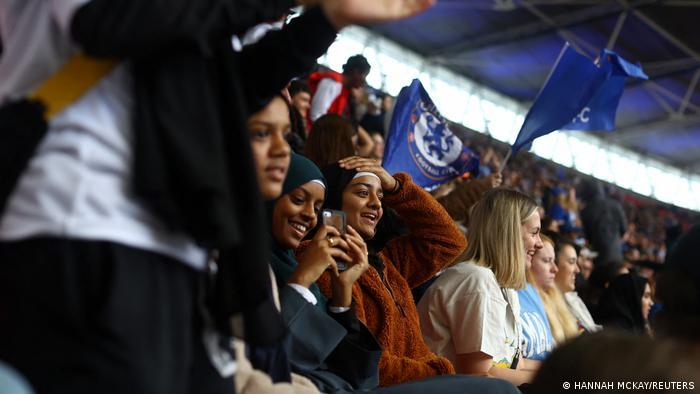 Looking forward to Qatar: team members Atiya (24), Amilah (15) and Rumaysa (12) watch the Women's FA Cup final between Chelsea and Manchester City at Wembley Stadium in London. They are looking forward to the World Cup, as is founder Yasmin Abdullahi. "What comes with the World Cup, watching the games together with our family and friends, is such a beautiful experience," she says 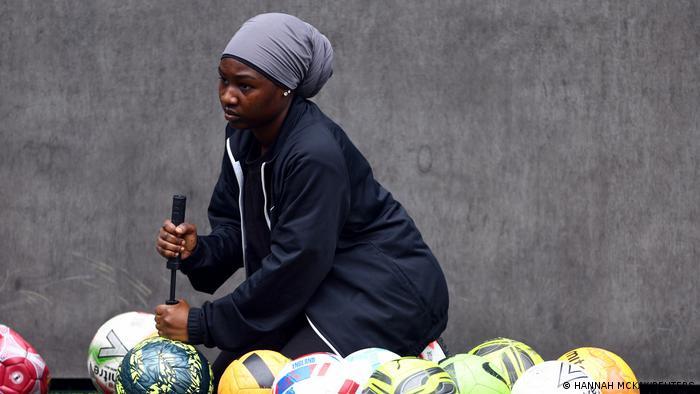 Growing membership: Jannat Ssetuba, 21, inflates footballs during a training session at Dockland Settlements community centre in London. Since it was founded in 2018, the club's membership has almost doubled – it now has around 100 active female footballers 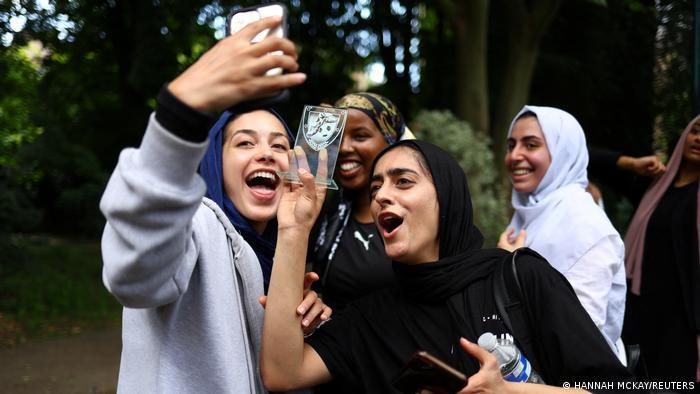 From sports club to sisterhood: the team celebrates its first tournament victory. For Yasmin Abdullahi, however, it is not primarily the sporting success that counts. She sees the sense of togetherness among the members as the club's most important achievement. "The name Sisterhood FC is no coincidence, because we have literally built a sisterhood here," she says proudly

END_OF_DOCUMENT_TOKEN_TO_BE_REPLACED
Social media
and networks
Subscribe to our
newsletter