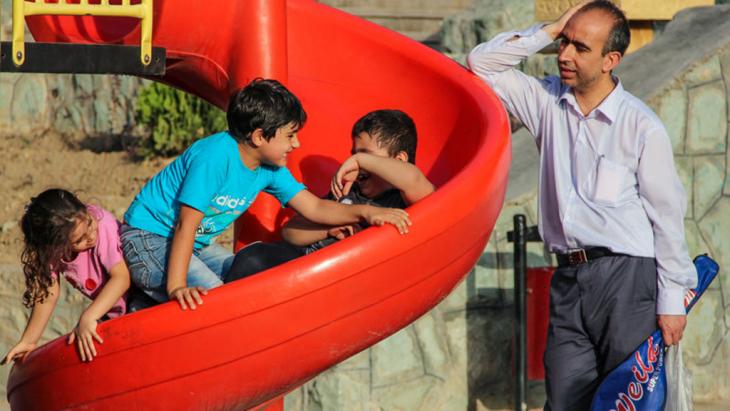 With slogans like "An Iran of 150 million" and "More children, more happiness", the leadership in Tehran is calling for higher birth rates – a U-turn in its family planning policy. What is still unclear is how the desired increase in the size of the population would contribute to solving the country's economic and social problems. By Marcus Michaelsen

The supreme leader of Iran has declared family policy to be a matter of the greatest priority. By decree, Ayatollah Ali Khamenei proclaimed in late May that increasing the birth rate is now a strategic objective of the Islamic Republic. Young couples are to be assisted in founding a family, and the number of children must grow. In fact, several times in recent years, the supreme leader has voiced the opinion that Iran's population could by all means double in size from its current level of 77 million.

In line with Khamenei's proclamation, conservative members of parliament have drafted a bill to make abortions and sterilisations punishable by law. Government support for family planning and contraceptives has already been discontinued. Iran is thus forcefully departing from its previous family-planning policy, which once brought the country worldwide recognition.

Over the past 30 years, Iran has undergone rapid demographic development. The average number of births per woman has dropped from 6.4 in 1986 to a current low of 1.8. After the 1979 revolution, the regime continued to sing the praises of large families until it realised the dangers of a population explosion. With the explicit endorsement of the nation's founder, Khomeini (who died in 1989), all subsequent governments pursued a policy of reducing the birth rate. Sex education courses were compulsory for couples wishing to marry, and the state sponsored reproductive information and contraceptive measures.

This progressive policy went hand in hand with a change in social values. After large numbers of Iranian women took part in the revolution against the shah, they continued to enjoy political emancipation. With increasing levels of education, women's ideas about their role in society began to change. Studying, working and having smaller families have in the meantime displaced the traditional big-family model. 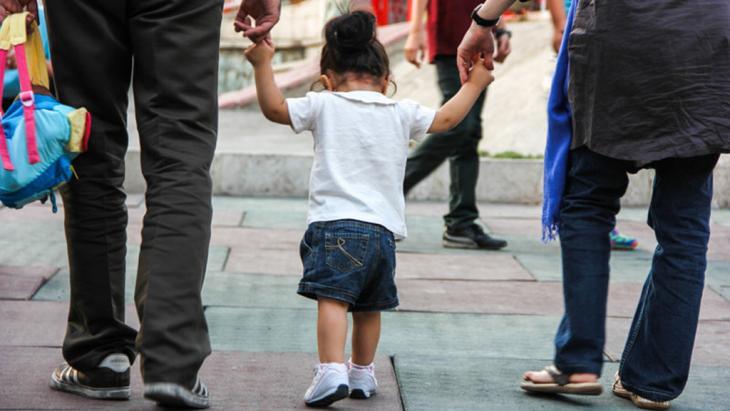 Falling birth rate: over the past 30 years, Iranian population growth has changed completely, with the birth rate per woman falling from an average 6.4 in 1986 to 1.8

This is the very trend that the supreme leader is now apparently trying to reverse with his call to once again lower the legal marrying age. Today, Iranian women are on average 23 when they marry; men 26. Despite a legal ban, more and more young couples are also living together without getting married – and without having children.

The previous president, Mahmoud Ahmadinejad, promoted an increase in the birth rate. During his tenure, sex education courses at universities were abolished. The former spokeswoman for the University Centre for Women's and Family Policy criticised such educational measures as "Western policy" designed to weaken Iran and reduce the number of Shia Muslims.

While it was still unclear after the change in government whether the new president, Hassan Rouhani, would espouse the same conservative family policy as his predecessor, the decree issued by the supreme leader now leaves little room for doubt. Back in April, the Ministry of Health declared that it would follow Khamenei's directives. A spokesman also announced that medical care for births in public hospitals would henceforth be free of charge.

However, financial constraints as a result of the ongoing economic crisis will most likely stop young Iranians from having more children. Although the inflation rate went down after Rouhani's election, it is still high at 20 per cent. According to various estimates, some 30 per cent of young people are unemployed. University graduates in particular suffer from a lack of opportunities. Many well-educated young people are caught in a state of limbo, living with their parents, without the prospect of a job or of making their own living.

And yet, Iran has now entered a crucial phase of its demographic transformation: 70 per cent of the population is of working age, with 25 to 30-year-olds accounting for the largest share. This "dividend" could rapidly promote economic growth – provided it is steered successfully. According to experts, the government would have to create some 400,000 new jobs annually. 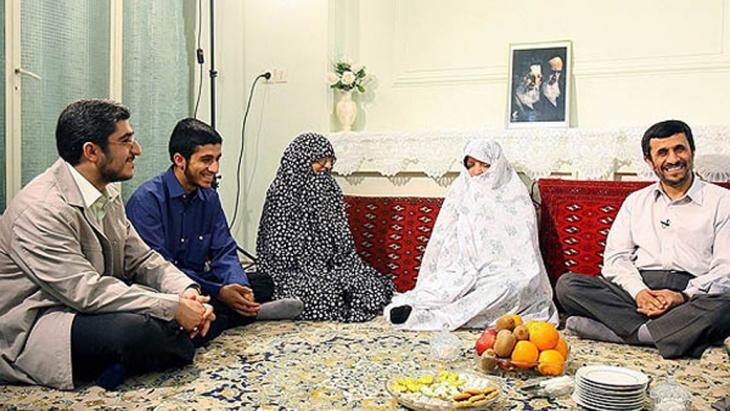 Against a "westernisation" of family policy: during his time in office, former Iranian President Mahmoud Ahmadinejad called for an increase in Iran's birth rate

Iran is nevertheless far removed from the picture of an ageing society painted by the advocates of a high birth rate. According to the French demographer Marie Ladier-Fouladi, who has conducted numerous studies in Iran, the over 65s will still only make up 8 per cent of the population in ten years. The United Nations estimates that by the year 2050, only about a quarter of the population will be older than 65.

Ulterior political motives might therefore be behind the U-turn in Iranian family policy, says Ladier-Fouladi. The powers that be are trying to lend more weight to their strategic ambitions in the region with a bigger population, she says. It is no surprise, therefore, she says, that the calls for more children multiplied following the disputed 2009 presidential elections. During the protests, it was the urban youth in particular that came out in force against the government.

So is this all about trying to put young people back in their place and to enforce a return to conservative values? Whatever the motivation, it will hardly be possible to animate the modern middle class to have more children by restricting their access to contraceptives and counselling.

The measures are instead likely to have a greater impact on the poorer residents living in the countryside and on the outskirts of the big cities. By focussing on a higher birth rate, Iran's leaders might well not only increase the dissatisfaction of the middle class, but also create new potential for conflict.

Home
Print
Newsletter
More on this topic
Living out of Wedlock in Iran: A Quiet Social RevolutionIranian cinema: Shining a light on inner conflictsTurning away from Shia in Iran: ''A Tsunami of Atheism''
Related Topics
Ayatollah Ali Khamenei, Hassan Rouhani, Iranian clerics, Islamic Revolution of Iran
All Topics

Young women are driving forward the protests against the Iranian regime, which have been going on for months. Literature provides clues as to why that should be, and why the ... END_OF_DOCUMENT_TOKEN_TO_BE_REPLACED

Visiting the country of her parents, murdered by the Iranian regime in 1998, German-Iranian artist Parastou Forouhar finds a changed society: hopeful, strong and courageous, ... END_OF_DOCUMENT_TOKEN_TO_BE_REPLACED

Iran's president Ebrahim Raisi is overseeing an unyielding crackdown. The current situation grimly echoes his role in a purge of political prisoners in 1988 END_OF_DOCUMENT_TOKEN_TO_BE_REPLACED

Ballet performances are prohibited in Iran. In her film "1001 Nights Apart", director Sarvnaz Alambeigi documents the history of dance in the Islamic Republic. By Fahimeh Farsaie END_OF_DOCUMENT_TOKEN_TO_BE_REPLACED

Chinese President Xi Jinping's visit to Saudi Arabia in December 2022 may have rattled Washington, but it simply highlighted the Arabs’ desire to diversify their foreign relations ... END_OF_DOCUMENT_TOKEN_TO_BE_REPLACED

There are signs of an imminent normalisation of relations between Turkey and Syria. This would allow Erdogan to score political points domestically before the upcoming elections ... END_OF_DOCUMENT_TOKEN_TO_BE_REPLACED
Author:
Marcus Michaelsen
Date:
Mail:
Send via mail

END_OF_DOCUMENT_TOKEN_TO_BE_REPLACED
Social media
and networks
Subscribe to our
newsletter