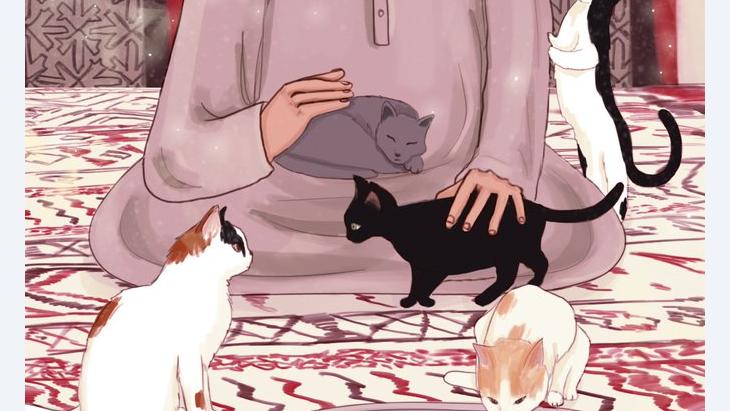 "You see me in the eyes of cats, and I see you"

In late August, Twitter was awash with grief and disbelief at the gut-wrenching news of the passing of a man known only by the pseudonym Barg ou Ra'd ("Lightning & Thunder"). Reem Kelani says farewell to a popular Saudi animal rights activist whose identity was revealed only after his passing

I came upon Barg ou Ra'd two years ago, as I was searching for cat videos to smooth away daily stress. A cat lover myself, it felt like manna from heaven when I discovered Barg ou Ra'd's account on Twitter, which today boasts just under 42,000 followers. The nickname Barg ou Ra'd refers to two of his semi-feral cats, both of whom went missing recently. This kind man looked after a group of cats, whose numbers dwindled as they variously went missing, got run over or fell victim to feline calicivirus.

In an annex to the main house, the majlis, which is normally preserved for male visitors, followers were privy to a spacious room, the floor of which is covered with traditional patterned carpets. The paraphernalia is all there: cushions that serve as back and arm rests; a tall thermos of Bedouin coffee; a fireplace in front of which cats lazed about on its cold marble in summer and huddled up for warmth in winter; a large TV screen showing sports and wildlife programmes; two air conditioners on opposite sides of the room which alternated in keeping the cats cool; traditional brass coffee pots; enamel containers full of cat treats; stashes of dry and wet cat food and a makeshift veterinary clinic.

Then, there is Najma ("Star") the stray dog. Contrary to popular misconceptions, Canaan dogs, which are known to have lived in the desert from ancient times, are perfect pet material, alongside their traditional guarding and herding roles. In contrast to the all too common disregard for dogs, Barg ou Ra'd took Najma under his wing, even building her a dinky doghouse.

He had been paying her particular attention since she lost her two pups and was depressed. A posthumous video shows friends of the deceased checking on the bewildered cats in a soulless majlis, whilst informing grieving followers that Najma has been barking nonstop since her master's passing.

As for the clowder of cats who shared the majlis, it comprises characters as charismatic, witty and loving as their saviour. There is Braig'a ("She with the veil"), a neurotic matriarch with a black patch over each of her eyes; Bahar ("Sea"), a loving white-and-ginger tom who allowed orphaned kittens to suckle from him; Blackie, a jet black softie who would nestle in his keeper's lap; Silver, a nimbly intelligent kitty who would play catch, until he went missing, much to our dismay; Tommy (pronounced Toamie), a black-and-white bundle of cheekiness and Sara, a voluptuous belle who boasts princely genes.

The genealogy is so intricate, and Barg ou Ra'd made sure to remind us of who was whose son, daughter, mother, father and ancestor. This pride descended from al-Jidda ("The Grandmother") who once wandered into the majlis in order to give birth to the first of many litters.

The role Barg ou Ra'd played was more than mere entertainment. His videos became an educational tool. Tutorials included how to make a feeding pipe, how to administer injections and how to care for dying animals such as Marzoug ("Blessed with Fortune"). This elderly stray was not descended from The Grandmother; he was more of a lodger who came and went as he pleased. But when Marzoug knew he was dying, Barg ou Ra'd became his carer, and the majlis his hospice. When Marzoug died, we all cried. 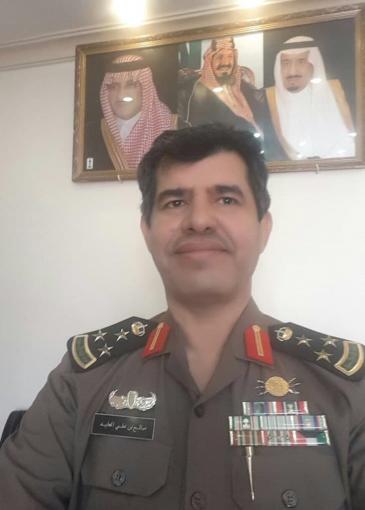 "With hindsight," writes Reem Kelani, "one can see where Al-Ayed got his discipline and passion for animal welfare. Islam was his yardstick in this regard […]. His Twitter profile aptly reads: 'Fame is not my aim, otherwise, I would've shown my true identity. My aim is to spread awareness of kindness towards animals in the way our tolerant faith decreed…'"

Born in 1964 to a farming family, Barg ou Ra'd learnt to care for animals from a young age. Despite their lack of means, without basics such as electricity, he excelled in his education. Thanks to a moving tweet by one of his daughters entitled "My Father's Success Story", we now know that Brigadier General Salih Al-Ayed was a high-ranking police officer in charge of security at the sacred sites in Medina, the second holiest city in Islam.

With hindsight, one can see where Al-Ayed got his discipline and passion for animal welfare. Islam was his yardstick in this regard, in stark contrast to the widely held view of dogs like Najma as unclean or cats like Blackie as jinxed. His Twitter profile aptly reads: "Fame is not my aim, otherwise, I would've shown my true identity. My aim is to spread awareness of kindness towards animals in the way our tolerant faith decreed…"

Having spent my formative years in Kuwait, I'm conversant with Gulf dialects, yet Al-Ayed's sympathetic voice gave us a distinctive Saudi accent with echoes of the Bedouin and the Red Sea. His regional vernacular peppered with sassy idioms graced many a video, and whatever his followers' cultural and political differences, we all became united with love for the animals and reverence for our host. One coinage beloved to all was calling the litterbox "litter tisht", replacing "box" with "tisht", Arabic for "bowl".

As for Al-Ayed's first name, it carries many meanings. "Salih" could mean "pious", "dutiful" or "truthful", and he was all of that, and more. This good soul left us after a heart attack, as sudden as the way in which some of his cats disappeared. Al-Ayed is survived by his wife, four daughters, two sons, adorable animals and thousands of followers, who are convinced that his legacy should continue, not just among his devoted family and fans, but in the Arab world at large.

Two decades after the attacks of 11 September 2001, the West faces the shattered debris of its failure – not only in Afghanistan, but also in Iraq, Syria, Libya and Yemen. What ... END_OF_DOCUMENT_TOKEN_TO_BE_REPLACED 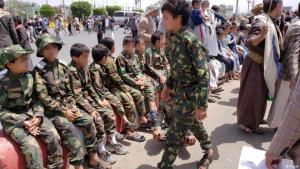 In Yemen, families send their children to so-called summer camps. There, adolescents are given combat training and taught why they should fight for God. Both government forces and ... END_OF_DOCUMENT_TOKEN_TO_BE_REPLACED

The Saudi national team is set to play the German Olympic squad at the Olympics in Tokyo later this month – a chance for the outsiders to make their mark. At the same time, and ... END_OF_DOCUMENT_TOKEN_TO_BE_REPLACED

The Middle East is plagued by electronic armies working at the behest of one regime or another. Long used by those in power as a weapon in the fight against activists and ... END_OF_DOCUMENT_TOKEN_TO_BE_REPLACED

The change in U.S. president is also having an impact on the conflict between Turkey and Greece. Since the USA has started to play the Greek card, the strategic situation in the ... END_OF_DOCUMENT_TOKEN_TO_BE_REPLACED

Turkey's parliamentary and presidential elections are scheduled for June 2023. But they are already casting a shadow. While the opposition is calling for early elections, ... END_OF_DOCUMENT_TOKEN_TO_BE_REPLACED
Author:
Reem Kelani
Date:
Mail:
Send via mail

END_OF_DOCUMENT_TOKEN_TO_BE_REPLACED
Social media
and networks
Subscribe to our
newsletter