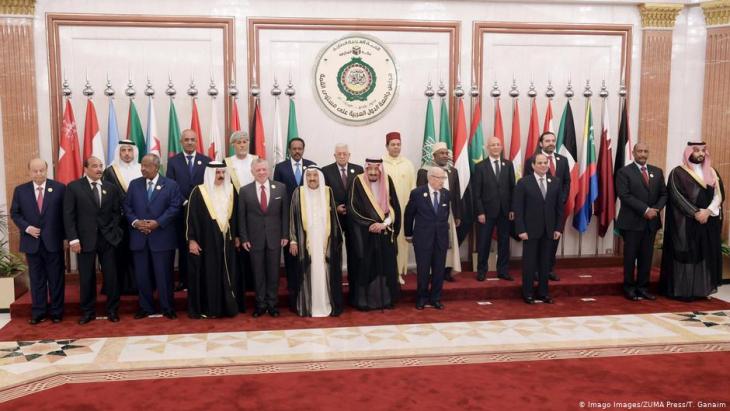 The collapse of traditional multilateralism in the Arab world has been accompanied by a significant shift in American Middle East policy under President Donald Trump, writes Jasmine M. El-Gamal in her essay

Historically, the task of promoting multilateralism in the Middle East has rested with two institutions: the League of Arab States, a broad alliance for collaboration on political, economic, and cultural issues, and the Gulf Cooperation Council (GCC), which deals mainly with economic matters.

Despite the differences in their history, focus and membership, both bodies were intended to serve as vehicles for ensuring Arab unity on crucial issues – such as opposing Israel – and avoiding conflict among member states.

For decades, the Israeli-Palestinian conflict rallied Arab countries around the common cause of supporting Palestinian statehood. But since the 2011 Arab Spring uprisings, three far more divisive issues have come to the fore: the perceived threat posed by Iran, the spread of regional terrorism, and the rise of political Islam (or Islamism).

These developments have ruptured traditional alliances and created much more fluid patterns of multilateral co-operation in the region. And current Western policy toward the Middle East – in particular that of the United States – is likely to reinforce this trend.

First, Sunni Arab governments regard Iran’s regional influence and activities as a fundamental threat to their interests. The increasingly hostile rivalry between Saudi Arabia and the United Arab Emirates on the one hand, and Iran on the other has thus eclipsed these countries’ traditional shared opposition toward Israel. Indeed, a number of Arab governments are working on an unprecedentedly close basis with Israel to address the Iranian threat.

This co-operation, which had largely taken place behind the scenes, burst into the open in February 2019 at the U.S.-led "anti-Iran" conference in Warsaw, which Israeli Prime Minister Benjamin Netanyahu hailed as a breakthrough in Arab-Israeli relations. 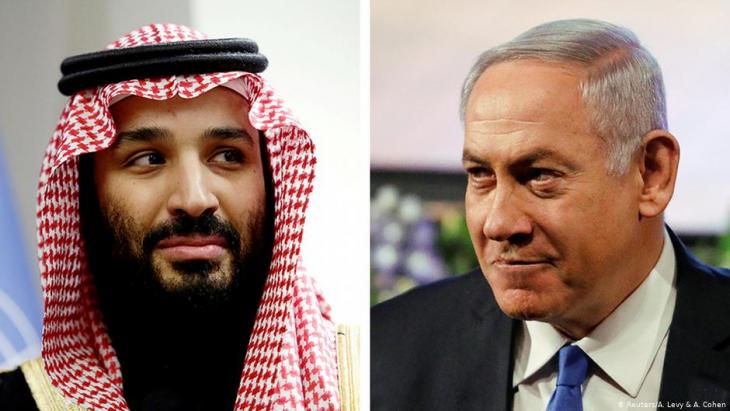 The enemy of my enemy is my friend: in order to counter the Iranian threat, a number of Arab governments are working on an unprecedentedly close basis with Israel to address the Iranian threat. This co-operation, which had largely taken place behind the scenes, burst into the open in February 2019 at the U.S.-led "anti-Iran" conference in Warsaw, which Israeli Prime Minister Benjamin Netanyahu hailed as a breakthrough in Arab-Israeli relations

These ties will likely grow stronger as Saudi Arabia and Iran continue their strategic competition and proxy confrontation in the region.

Second, the threat of jihadist terrorism throughout the Middle East has aggravated by the violent conflicts in Syria and Libya and has since manifested itself in multiple attacks in Egypt, Tunisia, Jordan and other countries, straining the Arab League and turning its member states against one another.

After Libya’s then-ruler Muammar Gaddafi violently quelled a popular uprising in his country in early 2011, for example, the League suspended Libya from the organisation and actively supported Qaddafi’s ousting by NATO and Libyan rebel forces later that year.

Soon after, Arab League members denounced Syrian President Bashar al-Assad for enabling terrorism in the region, and expelled Syria from the body.

Abortions are illegal in Egypt unless they are necessary to save a married woman's life. But that doesn't stop local women from having one. Egyptian society needs to acknowledge ... END_OF_DOCUMENT_TOKEN_TO_BE_REPLACED

Food prices doubled, salaries halved, banks restricting withdrawals: Egyptians now have the same problems as the Lebanese. But if things get worse here, the fallout will be far ... END_OF_DOCUMENT_TOKEN_TO_BE_REPLACED

Giessen, Eichsfeld, Kusel, Berlin – cars bearing old German number plates are the latest trend on the streets of Cairo. Many Egyptians regard the discarded plates as chic. What ... END_OF_DOCUMENT_TOKEN_TO_BE_REPLACED

Egyptian Sufis have been on the defensive against the country's Islamists for decades. Meanwhile, interest in mysticism is growing among the young members of Cairo’s middle and ... END_OF_DOCUMENT_TOKEN_TO_BE_REPLACED

Chinese President Xi Jinping's visit to Saudi Arabia in December 2022 may have rattled Washington, but it simply highlighted the Arabs’ desire to diversify their foreign relations ... END_OF_DOCUMENT_TOKEN_TO_BE_REPLACED

END_OF_DOCUMENT_TOKEN_TO_BE_REPLACED
Social media
and networks
Subscribe to our
newsletter