Today, the League divided over Syria’s membership. Several Sunni Arab states are strongly opposed, arguing that Assad has allowed Iran to expand its influence in the region and empower Shia militias, such as Hezbollah in Lebanon, that pose a direct threat to their regimes. The Iraqi and Tunisian governments, however, have publicly called for Syria to be re-admitted.

The issue of political Islam

Finally, the rise of political Islam in the wake of the Arab Spring – including the popular election of Islamists in countries such as Egypt and Tunisia – has reinforced regional divisions. Fearful of the Islamist surge, the authorities in Egypt, Saudi Arabia, and the UAE launched an unrelenting and co-ordinated effort to stem the rising influence of groups such as the Muslim Brotherhood in the region.

The most dramatic example of this was the Egyptian military’s forcible overthrow in 2013 of Mohammed Morsi, a Brotherhood member who was the country’s first democratically elected president. Arab countries were divided over Morsi’s ousting, with Saudi Arabia and the UAE supporting the move and Qatar staunchly opposing it. 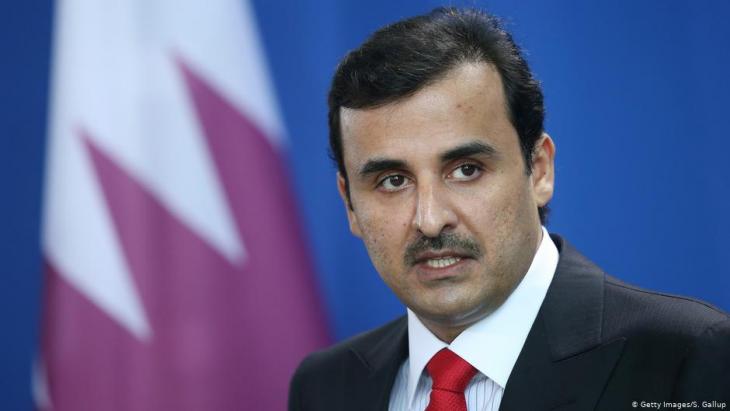 Shoulder to shoulder against the Emir of Qatar: Saudi Arabia, Bahrain, the UAE and non-GCC member Egypt have imposed a political and economic blockade on Qatar since 2017, claiming that the latter supports terrorism in the region and allows its capital, Doha, to serve as a safe haven for exiled Islamists

Qatar blockade and the anti-Iran bloc

These three issues have not only fractured the Arab League, but have also split the economically focused GCC. Most notably, Saudi Arabia, Bahrain, the UAE and non-GCC member Egypt have imposed a political and economic blockade on Qatar since 2017, claiming that the latter supports terrorism in the region and allows its capital, Doha, to serve as a safe haven for exiled Islamists. Qatar’s close ties with Turkey and Iran are also a source of regional tension.

The collapse of traditional multilateralism in the Middle East has coincided with a marked shift in America’s approach to the region under President Donald Trump. His predecessor, Barack Obama, strongly favoured multilateralism and coalition-building, which enabled the 2015 Iran nuclear deal and the earlier NATO-led military intervention in Libya.

Trump, by contrast, proudly proclaims his disdain for multilateral institutions and prefers to deal with like-minded partners (as well as adversaries) on a bilateral basis. Furthermore, his staunch opposition to Iran has led him to align the U.S. fully with the anti-Iran bloc in the region.

The Trump administration’s approach makes it all the more likely that Arab governments will continue co-operating with specific regional allies on key issues, rather than trying to reach a broader consensus within the Arab League and the GCC. And the prospects for Arab unity, already slim, will fade even further.

Jasmine M. El-Gamal is a non-resident senior fellow at the Atlantic Council’s Rafik Hariri Centre for the Middle East. This article is part of a joint initiative of the Koerber-Stiftung and the Munich Security Conference on the future of multilateralism, multilateral best practices and regional perspectives on multilateral co-operation.

Abortions are illegal in Egypt unless they are necessary to save a married woman's life. But that doesn't stop local women from having one. Egyptian society needs to acknowledge ... END_OF_DOCUMENT_TOKEN_TO_BE_REPLACED

Food prices doubled, salaries halved, banks restricting withdrawals: Egyptians now have the same problems as the Lebanese. But if things get worse here, the fallout will be far ... END_OF_DOCUMENT_TOKEN_TO_BE_REPLACED

Giessen, Eichsfeld, Kusel, Berlin – cars bearing old German number plates are the latest trend on the streets of Cairo. Many Egyptians regard the discarded plates as chic. What ... END_OF_DOCUMENT_TOKEN_TO_BE_REPLACED

Egyptian Sufis have been on the defensive against the country's Islamists for decades. Meanwhile, interest in mysticism is growing among the young members of Cairo’s middle and ... END_OF_DOCUMENT_TOKEN_TO_BE_REPLACED

Chinese President Xi Jinping's visit to Saudi Arabia in December 2022 may have rattled Washington, but it simply highlighted the Arabs’ desire to diversify their foreign relations ... END_OF_DOCUMENT_TOKEN_TO_BE_REPLACED

END_OF_DOCUMENT_TOKEN_TO_BE_REPLACED
Social media
and networks
Subscribe to our
newsletter