As a representative of an authoritarian regime, the Egyptian minister of culture Farouk Hosny would never have made a suitable head of UNESCO. Yet rather than finding a better Arab candidate to lend the dialogue between cultures a new lease of life, most states took an opportunist stance. Stephan Roll comments

Faruk Hosny: Unsurprisingly, many Arabs fail to see the Egyptian's defeat as a result of the West's basic interest in preventing a representative of a corrupt regime from being elected

​​"Goodbye dialogue of the cultures!" was the Egyptian press's comment on the surprising defeat for the country's candidate Farouk Hosny in the UNESCO Director-General election.

Hosny, an expressionist painter and Egypt's minister of culture for the past 22 years, was originally tipped as the favourite for the post as head of the UN's cultural organisation, which has never been run by a representative of an Arab state.

However, the Egyptian lost out in the all-important final vote on 22 September between Hosny and the Bulgarian career diplomat Irina Bokova, who had been neck and neck in the fourth ballot. Of the 58 country representatives on the UNESCO executive board, 31 voted for Bokova and only 27 for Hosny.

"An inciter of hearts and minds"

The scales tipped against the minister mainly because of a statement he made in the Egyptian parliament in May 2008. Asked by a representative of the opposition Muslim Brotherhood why Egyptian bookshops and libraries were full of Israeli books, Hosny responded: "If that were the case I would burn them myself!" A year or so later, this and other anti-Israeli comments gave rise to a passionate campaign against the Egyptian candidate.

The Egyptian novelist Alaa al-Aswany has described Hosny as someone who "says what is expedient, not what he really thinks"

​​The philosopher Bernard-Henri Lévy, the film director Claude Lanzmann and the Nobel Peace Prize laureate Elie Wiesel appealed to the international community to prevent Hosny's election under all circumstances. In an article for the French newspaper Le Monde they wrote: "The evidence is there: Mr. Farouk Hosny is not worthy of this role; Mr. Farouk Hosny is the opposite of a man of peace, dialogue, and culture; Mr. Farouk Hosny is a dangerous man, an inciter of hearts and minds."

Farouk Hosny had disqualified himself through his statements. But was he ever actually qualified for the job? The answer is a clear "no", and the "Hosny case" is a transparent example of political opportunism – on all sides.

"Saying what is expedient"

Farouk Hosny's political opportunism was well known in Egypt. The famous Egyptian novelist Alaa al-Aswany (The Yakoubian Building), for instance, has described Hosny as someone who "says what is expedient, not what he really thinks." In the past at least, Hosny has certainly said things that garnered him 'brownie points' from Western governments. For instance in November 2006, when he made critical comments about the hijab headscarf to the Egyptian newspaper al-Masri al-Youm.

​​The ensuing strong protests and calls for his resignation by the opposition Muslim Brotherhood were even supported by representatives of the ruling National Democratic Party (NDP). There were allusions to his alleged homosexuality, accusing Hosny of denigrating Islam and insulting Muslim women. Hosny was put under great pressure, particularly as he had few supporters among the more secularly oriented Egyptian intellectuals either.

Although they agreed with the minister's comments on the hijab, they considered Hosny partly responsible for the Mubarak regime's restrictions on freedom of opinion and its endemic corruption.

Freedom of the press under pressure

Egypt made a very poor show in Reporters without Borders' 2008 annual press freedom index of 173 states, which ranked the country at 146th place. Court cases against politically uncomfortable journalists and members of Egypt's lively blogosphere were not unusual.

A steady flow of corruption cases involving high-ranking functionaries in the ministry of culture have also been hitting the headlines in recent years. While funds leech away into the ministry bureaucracy, the Egyptian art and cultural world has been complaining of a lack of state support.

And many artists and intellectuals have not forgotten the terrible tragedy that took place in the city of Beni Suef south of Cairo in 2005. 46 people died in a fire at a theatre as a result of faulty construction and a lack of fire prevention and emergency measures. The public blamed Hosny, the minister responsible for theatres, for the deaths.

Farouk Hosny's unpopularity in Egypt presumably also explains his unacceptable comments on Israeli books. Only on this issue, only through a stance distancing himself from Israel, could he be sure of support from broad sections of the Egyptian population. Yet Hosny was merely playing along with the general policy of the Mubarak regime. 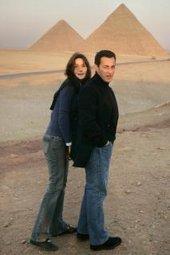 ​​The Egyptian journalist Mona Eltahawy wrote a fitting commentary on the subject for the Washington Post: "When it comes to Israel, Mubarak has perfected the art of double dealing – keeping official and business ties intact (and the border with Gaza closed) but unleashing populist anger at the Jewish state and barring cultural ties ostensibly in solidarity with Palestinians."

Once opportunist Hosny realised that his comment, directed squarely at the Egyptian electorate, would narrow his chances for the UNESCO post, he switched to damage limitation mode. He gave interviews untiringly pointing out his alleged commitment to preserving Jewish culture in Egypt, even issuing a formal apology in an article also published in Le Monde.

Farouk Hosny's candidacy appeared not to be a problem for European governments, at least for some time. France for one even fostered his application for the job with all its might. The French president Nicolas Sarkozy, who had enjoyed Hosny's company as a considerate tourist guide on a private trip to Egypt with Carla Bruni, hoped supporting the minister would bring him bonus points from the Egyptian government for his pet project of a Mediterranean Union.

The Germans, in contrast, who also hold a seat on the UNESCO executive board, kept their cards close to their chest for a long time. It was only after the French intellectuals brought Hosny's comment on Israeli books to Western attention, only after this "red line" was crossed – as Charlotte Knobloch, President of the Central Council of Jews in Germany, put it – that resistance emerged in Germany.

Hosny, Germany's cultural politicians suddenly agreed, was absolutely unsuitable to head up UNESCO. Yet this is the very heart of the problem. Instead of making it clear from the outset that Farouk Hosny is a representative of an authoritarian regime that has successively smothered freedom of opinion and cultural pluralism, and thus unsuitable for the post as Director-General, governments supported him or at least refrained from objecting to his candidacy.

In other words, had Hosny not made his comment about burning Israeli books, the European states would presumably have elected him to head the UNESCO executive board, or they would at least not have opposed his election. Here too, political opportunism was the leitmotif. Mubarak's regime is generally regarded as indispensable for stability in the Middle East – meaning Western governments are prepared to make concessions when it comes to democracy and human rights in Egypt.

To add to this, Hosny's public face as a secular minister of culture made him a pleasant dialogue partner for Western politicians – who studiously overlooked the fact that he represented less his country than the Mubarak regime and himself.

The West has thus let an opportunity slip through its fingers with the election of the UNESCO Director-General. Instead of withdrawing their support for Farouk Hosny at the last moment, the European representatives on the executive board should have pressed for the nomination of a more suitable Arab candidate from early on. They could certainly have counted on support from artists and intellectuals in Egypt and other Arab states.

We now have the consequences: disillusionment. Unsurprisingly, many Arabs fail to see Hosny's defeat as a result of the West's basic interest in preventing a representative of a corrupt regime from being elected. Instead, all that is immediately obvious is the West's attempts to come to Israel's defence.

In Egypt at least, the result is a wave of solidarity with Hosny, linked with the impression that the West does not want an Arab at the helm of UNESCO. Yet a suitable Arab Director-General would have meant an enrichment not only for the Arab world, whose people are rightly proud of their rich cultural heritage and an extremely vital cultural scene.

A representative of the Arab world at the head of the UN cultural organisation could also have lent a new lease of life to the "dialogue of cultures", particularly between the Orient and the Occident.

Stephan Roll is a research fellow at the German Institute for International and Security Affairs in Berlin.

Egypt's Hijab Debate
"Islam Is Not a Dress"
Earlier this month Egyptian Cultural Minister Farouk Hosni said that the headscarf is a "symbol of backwardness". The minister, who was quoted in an independent daily, said he was only stating his personal opinion and not a religious view. Reem Nada reports

END_OF_DOCUMENT_TOKEN_TO_BE_REPLACED
Social media
and networks
Subscribe to our
newsletter