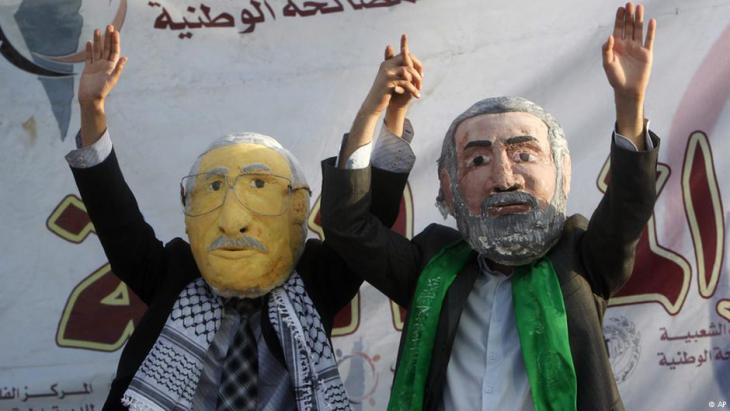 Fatah-Hamas rapprochement
Can they keep their cool?

Following the recent reconciliation between Fatah and Hamas, journalist and Al-Shabaka policy advisor Khalil Shaheen examines what now needs to happen to cement this historic step along the road towards genuine Palestinian self-determination

The Fatah-Hamas reconciliation announced on 12 October may sound like a breakthrough, but many questions remain. Of course any progress bridging the two sides is a welcome development for people in Gaza, who have suffered since 2007 from Israel′s cruel blockade and, more recently, from the Palestinian Authority′s (PA) draconian cuts to their electricity and salaries. However, the longer-term effects of a Hamas-Fatah rapprochement – if done in an incomplete way – may be more devastating than what Palestinians are currently experiencing.

For instance, the establishment of a dual political system in the Gaza Strip, meaning partisan sharing in public sector institutions, would pose a major risk. In such a system, figures from Hamas and Fatah would ostensibly share control of ministries and other government offices, but in reality would command separate sections within PA institutions. This could lead to a situation in which the deep differences between the parties could spark tension and violence worse than that which occurred in 2007.

Such a situation would benefit Israel, which uses the Fatah-Hamas split to claim that the Palestinians are unequipped to run a state. This allows Israel to more easily continue its project of settlement building and apartheid. Yet even if Fatah and Hamas work together peacefully in Gaza, the current steps being taken toward reconciliation could lead to the establishment of a dubious Palestinian ″state″: an entity with its central government based in Gaza, along with carved up West Bank cantons.

One state with equal rights for all

This solution may suit Israel as well as the United States, which currently envisions resolving the Palestinian issue in the context of a regional settlement between Arab states and Israel, but it would shatter the Palestinians′ hopes for a state based on the 1967 borders, or one state with equal rights for all. 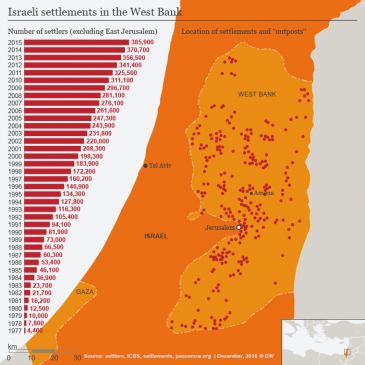 The need to keep a cool head: Israel would use any renewed split between Fatah and Hamas to claim that the Palestinians are incapable of running a state, thus allowing it to further cement the status quo of accelerated settlement building and apartheid

To avoid these pitfalls and for Fatah and Hamas to work together toward genuine self-determination and rights for the Palestinian people, these steps should be taken:

1. Fatah and Hamas leaders must focus on national unity and consensus regarding Palestinian national goals. Their shared understanding of the current stage of the Palestinian struggle and what is needed to further it will enable the Palestinians to unite to counter Israel and its strategy of imposing increased fragmentation on the West Bank.

2. One sticking point between the parties is the issue of weapons and Hamas′ military wing. Before 1982, the Palestinians had a high military council, headed by Yasser Arafat and the Palestine Liberation Organisation (PLO) steered the council′s decisions.

In a 2011 Fatah-Hamas reconciliation agreement, which failed, the formation of such a military council in the form of a high security committee was mentioned and this should be revived.

With a united political programme and leadership guiding the council, weapons would not be in the hands of discrete factions that could then fight each other, but would be for the defence of the Palestinian people as a whole as a means of deterring Israeli aggression.

3. Hamas should draw on the example of the Ennahda movement in Tunisia and agree to cede power, though with the condition that they will have a seat at the political table. This means that the PA must allow Hamas′s participation in the PLO, its Executive Committee, the Palestinian National Council and the Palestinian Legislative Council when it is reconvened. Hamas should exercise their right to participate in elections even if they pledge not to form a new government in the event that they win.

Khalil Shaheen is a Palestinian journalist, researcher and well-known political and media analyst. He is currently the director of research and policies and board member at Masarat – The Palestine Centre for Policy Research and Strategic studies in Ramallah. Since 1981 he has worked as a journalist, editor and researcher at several institutions, newspapers and magazines in Lebanon, Syria, Cyprus, Jordan and Palestine.

Asmaa al-Atawna's debut novel "Missing Picture" has been published in German translation (Keine Luft zum Atmen – Mein Weg in die Freiheit). In it, she describes life in Gaza from ... END_OF_DOCUMENT_TOKEN_TO_BE_REPLACED

At the end of every year, the team at Qantara.de gives you a run-down of the ten most-read articles on the site over the past 12 months. Here is a quick overview of the stories ... END_OF_DOCUMENT_TOKEN_TO_BE_REPLACED

Palestinian Christians are an integral part of the Palestinian national movement. This is the conclusion reached by the Chilean-born Palestinian political scientist Xavier Abu Eid ... END_OF_DOCUMENT_TOKEN_TO_BE_REPLACED

Jesus – Issa in Arabic – doesn’t merely enjoy the highest place among the prophets in the Koran. He is also revered in Islam’s mystical tradition for his message of love and mercy ... END_OF_DOCUMENT_TOKEN_TO_BE_REPLACED

With reported hostilities against Israeli journalists and the flag of the Palestinian territories flying on the streets and in the stadiums, it is clear the World Cup in Qatar is ... END_OF_DOCUMENT_TOKEN_TO_BE_REPLACED
Author:
Khalil Shaheen
Date:
Mail:
Send via mail

END_OF_DOCUMENT_TOKEN_TO_BE_REPLACED
Social media
and networks
Subscribe to our
newsletter