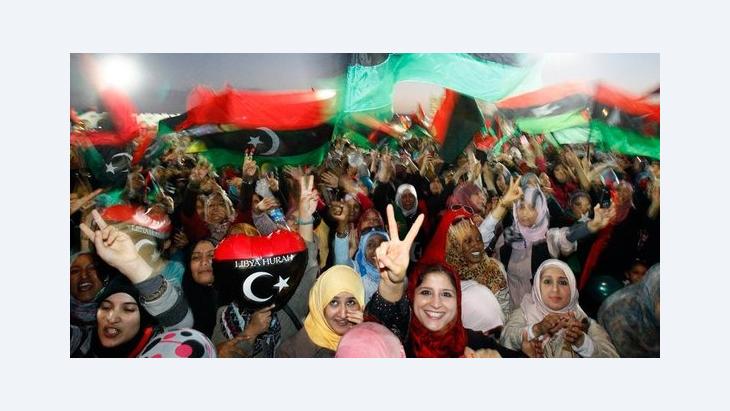 ﻿Women played a key role in the resistance movement against the Gaddafi regime. But a year after the demise of the dictatorship, they are still battling discrimination. A report by Mona Naggar

﻿Salwa Bughaighis took part in the sit-in in front of the central court building in Bengazi on 17 February 2011. This day would later go down in history as a "day of rage", marking the start of the Libyan revolution.

But for Bughaighis, who is a lawyer, it was the mothers of Bou Slim who were the true instigators of the rebellion. Every Saturday for four years, women whose sons had been incarcerated at Bou Slim prison held sit-ins in front of the very same building, in a bid to find out exactly what happened to their sons, who were murdered in a massacre at the jail in 1996. In the wave of protests triggered in February last year, women also played a decidedly active role. 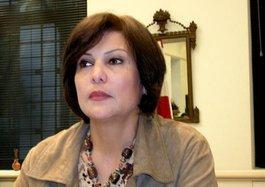 Lawyer Salwa Bughaighis: "Draft electoral legislation foresees just a 10 percent quota for women, agreed as a minimum consensus among committee members. That really did come as a shock to us!"

​​Now Bughaighis and other activists want to see that role reflected in the electoral law for the new constituent assembly, with the introduction of a high quota for female deputies. But the draft bill foresees a quota of just 10 percent, agreed as a minimum consensus among members of the committee preparing for the poll.

The elections are slated to take place in June. The newly elected assembly will then appoint a council tasked with hammering out the country's first constitution after more than 40 years of dictatorship. Many Libyan women fear that if they are not adequately represented within the assembly it will be more difficult to get their voices heard during the process to draft the constitution.

Salwa Bughaighis is one of many Libyan women trying to create democratic conditions in her country, for women too. For several months, she served on the transitional council as a representative of the newly formed "17 February Alliance".

Back to the grass roots

She resigned in protest at what she perceived to be policies that discriminated against women. She could no longer put up with being ignored by the other members of the transitional council, and said she didn't feel as though she was being taken seriously: "So I decided to go back to the streets, to work directly with people and to participate in the establishment of civil society organizations," she says. High standards: Libyan women are among the best educated in the Arab region. Pictured: a school in Tripolis

​​Bughaighis is involved in the organization "Platform of Libyan Women for Peace", which presented an alternative draft to the electoral law last January. It proposes a 50 percent quota for women.

This platform is one of many newly established civil society organizations in Libya trying to give women a voice. They organize demonstrations, talk to the media, hand petitions to the transitional government and council, and lobby international organizations to exert pressure on Libyan politicians. Under the rule of Muammar al-Gaddafi, membership of any party or organization not subordinate to the state was regarded as high treason.

The situation of Libyan women after decades of dictatorship is very patchy. Libyan women are among the best educated in the Arab region. According to UN Development Programme statistics, more than half of all university graduates in Libya are female.

On the other hand, only around a quarter of Libyan women are in employment. Libya acceded to the UN Convention on the Elimination of All Forms of Discrimination against Women, or CEDAW, in 1989, but expressed reservations relating to articles that violate Islamic law.

Fears of an Islamist resurgence

Following the demise of the dictatorship, progress made by Libyan women over the past few years has been thrown into question. Activists are chiefly concerned at the influence of Islamic groupings. Conservative religious parties are viewed as the most organised political groups in the region. 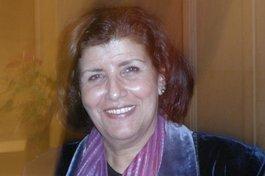 Jurist Naima Gibril: "We are afraid that women will no longer be allowed to pursue certain careers, for example that of judge or public prosecutor"

​​Judge Naima Gibril also fears that the Islamists are growing in strength. She makes no secret of her opposition to the Gaddafi regime. But the 63-year-old legal expert, who had to spend several years living in exile, is proud of the high educational standards attained by Libyan women and is absolutely determined to maintain these achievements.

She has made her views public through her "Committee for the Support of Women in Decision-Making", another new organisation.

Gibril is afraid that women will no longer be allowed to pursue certain careers, for example that of judge. She also fears that current restrictions on polygamy could be lifted: "At the moment, the law stipulates that a man is only allowed to take a second wife if the first agrees. We're in favour of progression with respect to legislation, but there can be no regression!" she says.

Far too many Libyan men are evidently convinced that women have no business in the world of politics. If these men have their way, when the constituent assembly is elected in June female deputies will be the exception to the rule. The standards have already been set – of the 61 members serving on Libya's current transitional council, only two are women.

Home
Print
Newsletter
More on this topic
Women's Rights and the Arab Spring: The Female Face of the RevolutionThe University of Tripoli: The Desolate Wasteland of Gaddafi's Education SystemLibya after Gaddafi: Challenges and Opportunities
Related Topics
All Topics
Date:
Mail:
Send via mail

END_OF_DOCUMENT_TOKEN_TO_BE_REPLACED
Social media
and networks
Subscribe to our
newsletter